🎵 How Good Are They Really 🎵 Aerosmith

Very much a case of a pretty decent if unoriginal Rock n roll band in the 70’s. Then they came back sober with a couple of half decent albums before the decline into MTV big ballad hell. I’ll give them a 3 for the run of Toys/Rocks/Walk the line albums.

Like loads of their songs (including said mentioned power ballad), but never warmed to them as a ‘band I’d care about’.

Shame not to see Legendary Child in the singles list - that was a banger of a comeback, seems to capture their classic ‘rock’ sound with contemporary production.

A generous 3 for me - they never seemed like ‘likeable’ but deffo some strong tunes.

Also I’m always reminded of this whenever I hear their or Tyler’s name:

Randal: Can I ask you a question? If you were Steven Tyler from Aerosmith for one night, and you could pretty much get any woman alive, who would you pick?
Dante: Oh, Caitlin.
Randal: Her? See me, I’d pick Liv Tyler.

Well I was a lot younger when I liked the Mission. Agree with maggieloveshopey in that they haven’t aged well, but at the time their overblown preposterousness appealed

I’d be #teamsisters too, but sadly (not really) they didn’t cover any Aerosmith tracks.
Maybe there’ll be a Floodlands HGIIR thread. I’d love to read people’s stories about them.

I feel as if this video is enough to give it a 0.

I’m only joking about the Mission. I don’t know much about them.
There was a Sisters thread but it didn’t get much traction because DiS can be really lame at times

The Sisters Of Mercy slunk out of Leeds sometime in the early 80s. You’ll all know that this was an incredibly fertile time for music, as the ripples of punk spread and spread into new bands, new sounds, new scenes. Ever contrarian, however the Sisters would have none of this, and cited the likes of Suicide, The Stooges, and Motörhead as influences. Bar a shoddy and best forgotten debut single, they have never had a drummer, instead preferring the drum machines which became an integral part of t…

Shame not to see Legendary Child in the singles list

Oh yeah should have said, that list is from The Essential Aerosmith compilation because I looked up the singles discography, saw it said ‘72’ and immediately closed the page.

Just realised I should have gone with Endemoniada for the current round (best opening tracks) of Music League.

the current round (best opening tracks)

Please inform me if nobody chooses Thunder Road and I can happily burn this place to the ground.

My gut reaction is “fuck yeah Aerosmith!” but then I remember I’ve never managed to get through one of their albums in full and only really like their big singles although to be fair, the big singles are absolute ragers. Of all of that era I prefer the bands who either went deep in to radio friendly stadium pop like Def Leppard or off the rails and closer to punk rock like Motley Crue. Think Aerosmith played it right down the middle and it’s just kind of dull.

Wife loves them, including their dreadful power ballads. We have a rule in the car that whoever is driving gets to pick the music and I’m sure she has used constant plays of I Don’t Want To Miss A Thing to make sure I’m the designated driver whenever we go out. We had tickets to see them last year which have been rolled over to next if they live that long. Quite looking forward to getting very drunk in the sunshine with my pals and then singing along to the hits.

In the pantheon of classic rock I’m afraid it’s Kiss > Van Halen > Def Leppard > everyone else.

70 replies and no mention of this beauty? 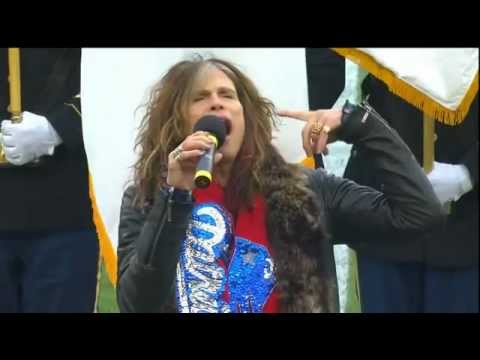 My favourite rendition of one of the world’s shittest songs. Having some of the dourest faces in the NFL look either appalled or like they’re trying not to laugh really adds to it. And the crowd cheering mid-way through! 10/10 national antheming.

8 years ago. Where does the time go?

Only familiar with the hits and they are very much not my thing. There’s part of me that wants to have an informed opinion on their merits but there’s a bigger, louder part telling that guy to shut up, we’re not listening to an Aerosmith best of. I guess it’s an ignorant 1 from us then. 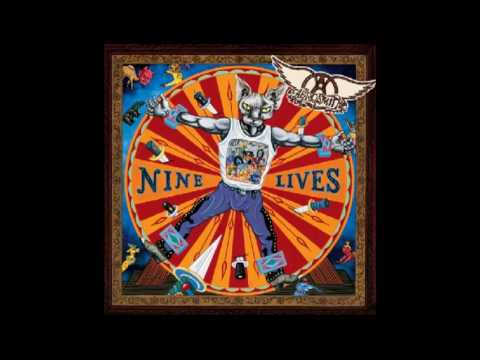 thanks for not posting the nightmarish video

The Get a Grip music videos were a fun part of my childhood and I went through a minor second wave of minor fandom senior year of high school due to the roller coaster, but I absolutely detest them now.

They do have their moments. Sweet Emotion and Jaded are actually good songs (or almost good songs), and I’ll always have a soft spot for Amazing since it was stuck in my head during one of the most fun days of my childhood. Living on the Edge too - remember watching the music video while working on a group project with my best friend and two popular kids, repeatedly asking them if it was “Grudge Music” [sic].

But god, they are shit. 50 years of shitty sex puns and the most cliched love lyrics imaginable delivered by a human scarf. I know we’re not supposed to do “people who” anymore, but it’s impossible to separate them from an old friend of mine. A “proud conservative” who “respects law enforcement” who “won’t ride public transportation without his firearm” who hates “stage five clingers bro.” Let me tell you, that guy loves himself some Aerosmith (and loves telling you that they’re real music), as did most of my shitty old coworkers who wanted to nuke Iraq in the 00s (and probably still do).

Can’t put into words how much I hate Walk This Way and Rag Doll.

Shame Steven Tyler lost out to Johnny Depp for the Captain Jack Sparrow part, a role he was born to play imo. Always annoyed me how much shit is hanging off Steven Tyler’s mic stand as well. Like his entire scarf and shawl collection is on there. Had some hits, but could never take them seriously. This is their best song… 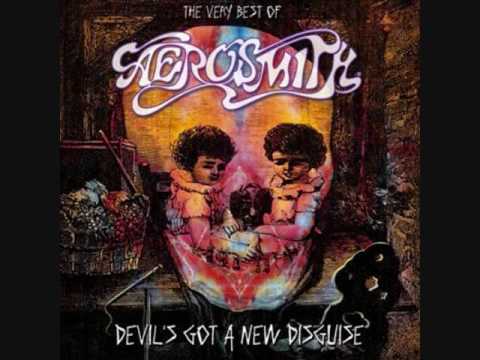 I thought they were a non-brand version of Spinal Tap made up especially for the ride because they couldn’t get the rights.

First time I heard (of) them was on the Run DMC collaboration and remember thinking “Why have they roped in this bunch of dodgy rockers, couldn’t they just have sampled some guitars?”, not realising it was actually an Aerosmith song.

Then I went away to Uni and the local Indie disco had a habit of throwing a selection of three Big Hair(y) Rock Tunes in every Friday, which often included the godawful “Dude Looks Like A Lady”, which I hated on first hearing and grew to really despise over the next year.

Solid 2. As mentioned by others, Sweet Emotion is pretty great, and that opening scene of Dazed and Confused uses it pretty well. Got really into them in the early 90s as a result of Wayne’s World 2 and the singles from Get A Grip that seemed to be all over MTV when I lived in the US as an impressionable teenager. Can’t imagine ever listening to them out of choice now.