🎵 How Good Are They Really 🎵 Alanis Morissette

I have a very vivid memory of being in my friend Mark’s car with him, his brother and his mum when I was about 8. There was some daytime Radio 1 thing on the radio where they were doing parody of Thank U with all the countries replaced with British towns (“thank you Ipswich, thank you Croydon” etc ). It was honestly one of the funniest things I’ve ever heard and Mark’s mum had to pull the car over because we were all laughing so much.

Anyway, never listened to an album and probably won’t but I like that memory.

Jagged Little Pill was the first album I bought with my ‘own’ money (I mean, it was birthday money but still). Listened to it religiously and was reflecting recently that it almost certainly shaped my musical taste in an irreversible way. Definitely sounds ‘of its time’ (those drum machines!) but the songs are undeniable. I think the talent and magic-in-a-bottle elements of that album can be demonstrated simply by looking at all of the failed attempts to recapture it which came in its wake (sorry Meredith Brooks).

Talk about a zeitgeist moment, though. Biggest act on earth, major role in a Keving Smith film, to… the musical equivalent of a Kevin Smith film. Judging by this thread, “Loved jagged little pill, haven’t ever heard anything else” is a pretty common Alanis journey and I wonder why that was. For me i just thought that “Thank You” song sounded like some gap year bullshit and didn’t have any of the rage or fire of the first album but that’s not really an excuse for never having checked out anything else at all

Probably 3, which feels a little generous but is guided by my utter ignorance of anything after JLP (except Thank You, which was shite). A couple of great tunes on that first record.

Any Alanis fans out there who can suggest further listening?

Look at this album cover!!

I think I may have heard the JLP album once many years ago (as well as the “Ironic” song too many times), it left me pretty cold, I’ve never heard anything else by her. I quite enjoyed her mute performance as God in Kevin Smith’s Dogma.

Absolutely willing to die on the Supposed Former Infatuation Junkie is a better album than Jagged Little Pill hill.

had a gf who was really into her at the time; i wasn’t a fan personally, but looking back with the benefit of hindsight you can definitely see why she appealed at the time

captured the zeitgeist in a similar way to billie eilish, perhaps?

I’m not sure we’re the reputation of her being annoying comes from either as I don’t see it myself.

I’ve got one hand in my pocket, and the other ones giving a middling 3

You Outta Know fucking rules, she’s great in Curb and that scene from The Trip is brilliant. 5

Tempted to give her the 5 finger salute on the basis of this alone: 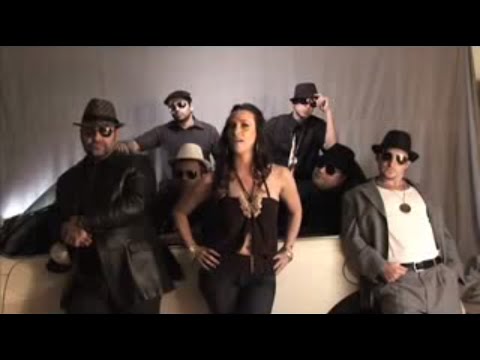 Fucking loathe this sort of shit

I just cannot stomach her music at all. Total rubbish to these ears.

Obviously my humps is a bad, bad song but there’s a broader lol rnb to a lot of this that is ‘ungood’

That Ben Folds Dr Dre cover, the fucking “Live Lounge” all that bollocks is just abysmal