🎵 How Good Are They Really 🎵 Animal Collective

Time to practice that wedding dance…

The Eagles fly straight towards the bottom of the table:

The temperature’s rising, gonna be some hot takes in here today.

I think they peaked with Feels, but up until that point, and including the release of Panda Bear’s Person Pitch, they felt vital and exciting.

Dreadful live band though. Their headline set at Primavera in 2011 was one of the worst big shows I’ve seen.

Hmmm… tricky one. Was absolutely mad for them from Sung Tongs through to MPP and those 4 records are all timers, but they’ve put out some dreck too and are probably the biggest live disappointment I’ve had.

They were an excellent live band in the Feels / Strawberry Jam era. Saw them play some excellent gigs (Primavera 2006 as the sun came up being particularly strong). A pity to see how lacklustre they became after that.

I’m still giving them a 5 because when they were good they were very good indeed and there’s not many bands from that period I still go back to. But haven’t paid much attention to recent stuff at all.

Ohhhh this is a tough one. Ten years ago I’d be shouting 5 from the rooftops, but TBH now it could be anywhere in the 2-4 range. Some thinking required…

Absolutely loved them around Strawberry Jam. When they started playing MPP stuff live around the time Strawberry Jam was released they were great live too. 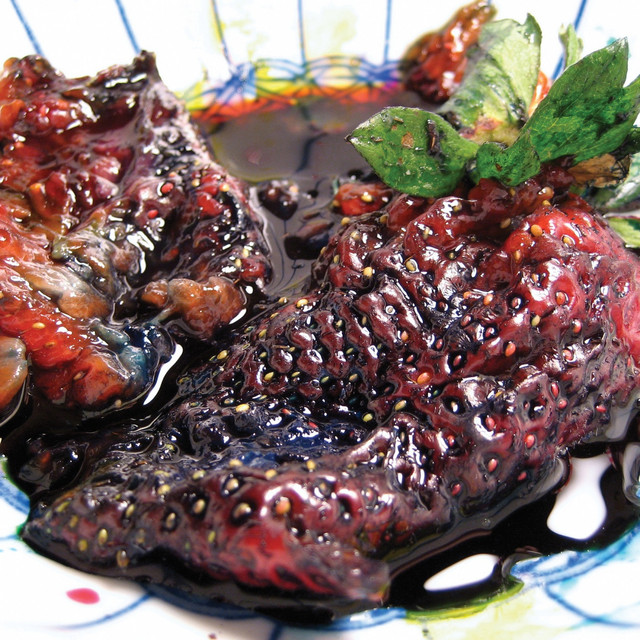 Also liked some of their earlier stuff like Banshee Beat etc

Some absolute turgid shite after MPP though.

Yeah this and Fireworks are absolute bangers

Their creative period from ST through to MPP was incredible - Person Pitch being the best thing from that era - but everything since has been slim pickings. The gems tend to come in their solo work nowadays, but still plenty to like. Teetering between a 4 and 5 atm.

Looking forward to posts from ya boy @lastdino!

Jeez, who knows? The highs are so high and the lows are so boring. I’ve properly loved some of their music so feels harsh to give them anything lower than a 3

5 for Sung Tongs to MPP. 1 for everything else either side. So 3/5. Haven’t listened to them in an age, outside of a couple tracks of playlists. Also the worst gig I’ve ever been too

Think a lot of their stuff hasn’t aged well, but What Would I Want? Sky really holds up I reckon. Such a good song.

Got really into them around 2008 - 2009 and was really addicted to them, but it wore off very quickly after that I went off them quite quickly, not sure why.

I think Strawberry Jam and Merriweather both still stand up reasonably well. Never really got into any of the albums they’ve done since. Centipede Hz didn’t sound too bad but I couldn’t make it through Painting With.

I’d never really liked Sung Tongs that much beyond a handful of tracks anyway. Feels I used to think was great apart from a couple of dull tracks, but now I find a lot of it highly irritating. I’d always found Here Comes the Indian to be a load of tuneless bollocks aside from Slippi.

Never listened to any of the earlier albums in full though I’ve heard a couple of tracks from the first couple. Might give Spirit a belated listen at some point.

Only saw them live once in 2009 and found it very enjoyable.

I’ve gone 3 which might be a bit generous for a band I’ve barely listened to in the past decade.

Absolutely loved Strawberry Jam, the high water mark of their career. From Campfire Songs until Centipede HZ they’re a solid band, a lot of highs, not many lows. Shoutout to Prospect Hummer, love that EP. Painting With is a total duffer though.

They introduced me to Vashti Bunyan, Ariel Pink and Black Dice, along with Prince Rama through their Paw Tracks label. They also released the First Nation albums on that label, which have been banned by my GF as they’re so bad.

For all those good points I can’t giv them more than a 3/5. I don’t listen to them anymore, I sold all my records of their bar Strawberry Jam and the ‘Fireworks’ 10". I’ll never see them live again. They’re a band that just basically don’t exist for me unless I see their name somewhere.

Used to hate them around the time of Sung Tongs. Thought they were just being silly for the sake of it. Then I heard Grass on a free CD from Piccadilly Records and absolutely loved it. For some reason it reminds me of Last Christmas by Wham. I’ve no idea why. Listened to Feels and was blown away by the first song (Did You See The Words - still one of their best songs IMO).

Bought Strawberry Jam when it came out and loved that, especially For Reverend Green. And then MPP came out at exactly the right time for me and my mates. Saw them at Club Academy just after it was released (and just before they exploded) and thought they were brilliant. Thought that and Person Pitch were both incredible. And then they released What Would I Want? Sky, which I think I probably had on loop for about six months. I agree with @nestor - it still properly holds up that. It’s my favourite song by them.

And then Primavera 2011 happened. Like @marckee, it was one of the most disappointing shows I’ve ever seen. Just a big mess and then one of the others that isn’t Avey Tare or Panda Bear did a song and it was unbearable. Were The Knife there the same year? If so, it felt like a proper double whammy of big disappointing shows on the same stage.

Centipede Hz and Painting With are both pants (though both have a couple of songs that sound alright, IIRC). I like some of Panda Bear’s solo stuff, but Person Pitch is impossible to top.

What I’ve always liked about them though is that it feels like they just release what they want. They feel really fluid and a bit wilfully obstinate. Almost like MPP was accidentally huge - they just decided to explore a sound that clicked with loads of people at that point in time, but they were always going to get a bit bored of it. They remind me of somebody like Marc Riley in that way - I hate half the stuff he plays, but I’m really glad he plays it.

I’m glad they exist, but I won’t get excited about them anymore. 3