🎵 How Good Are They Really 🎵 Arab Strap

It was the biggest thread you’d ever seen…

Take That join the bottom 5: I mean I don’t even really know much of their stuff but they are still a 5 for me.

I remember The First Big Weekend on the Evening Session being an early example of me realising I could get into a lot more genres and I loved it even if at that point I wasn’t really someone who drank at all and certainly I am still not interested in football. Was a good conversation point between me and a particular mate I’ve sadly lost contact with the last 5 years or so.

Saw them live once, and they were so so so so boring I’ve never felt the need to really dig into the records.

An easy 5, feel in a weird way that I’ve grown up with them as they’ve been a constant in my life in terms of releasing music and being around Glasgow gigs, pubs etc for the last 20 years.

Genuinely think Aidan is one of the best storytellers Scotland has ever produced. 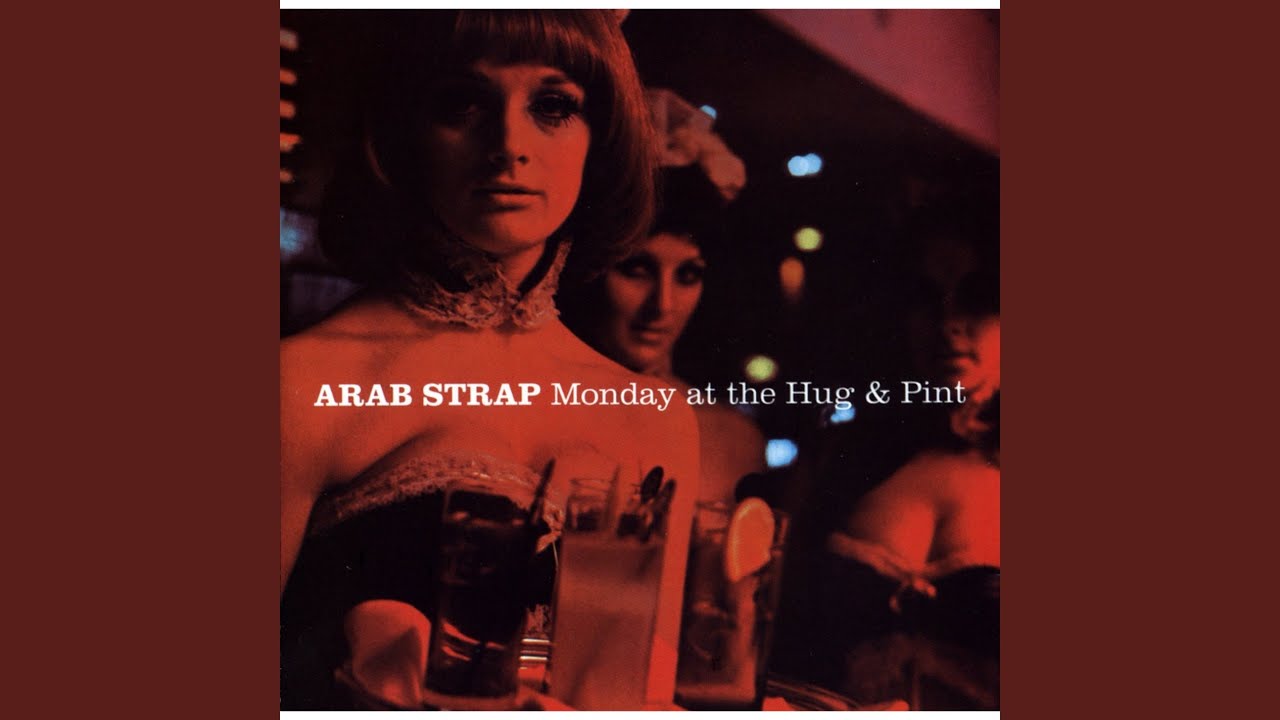 In 2003 I went to see a mate in Nottingham for the weekend. When I got there he told us we were going to a gig on the Saturday. It was Arab Strap at The Rescue Rooms, on the Hug & Pint Tour. I’d never heard them before, and loved it so much that I quickly collected their back catalogue.

Notwithstanding how much I love that first run of albums, the new / post reformation album might be their best.

The same mate and I have tickets to see them next week. I’m properly conflicted about whether to go. Venue are insisting on double jabbed or negative test but, you know, cramped indoor gig. 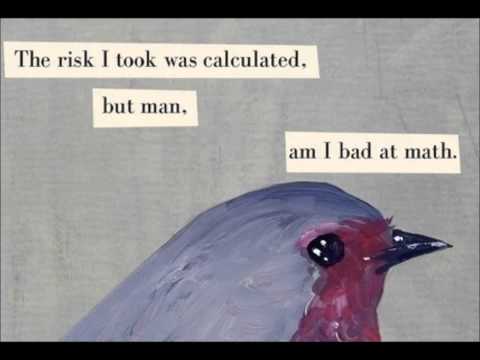 ps. Aidan’s combined cover version of the three songs called The Power of Love is incredible. 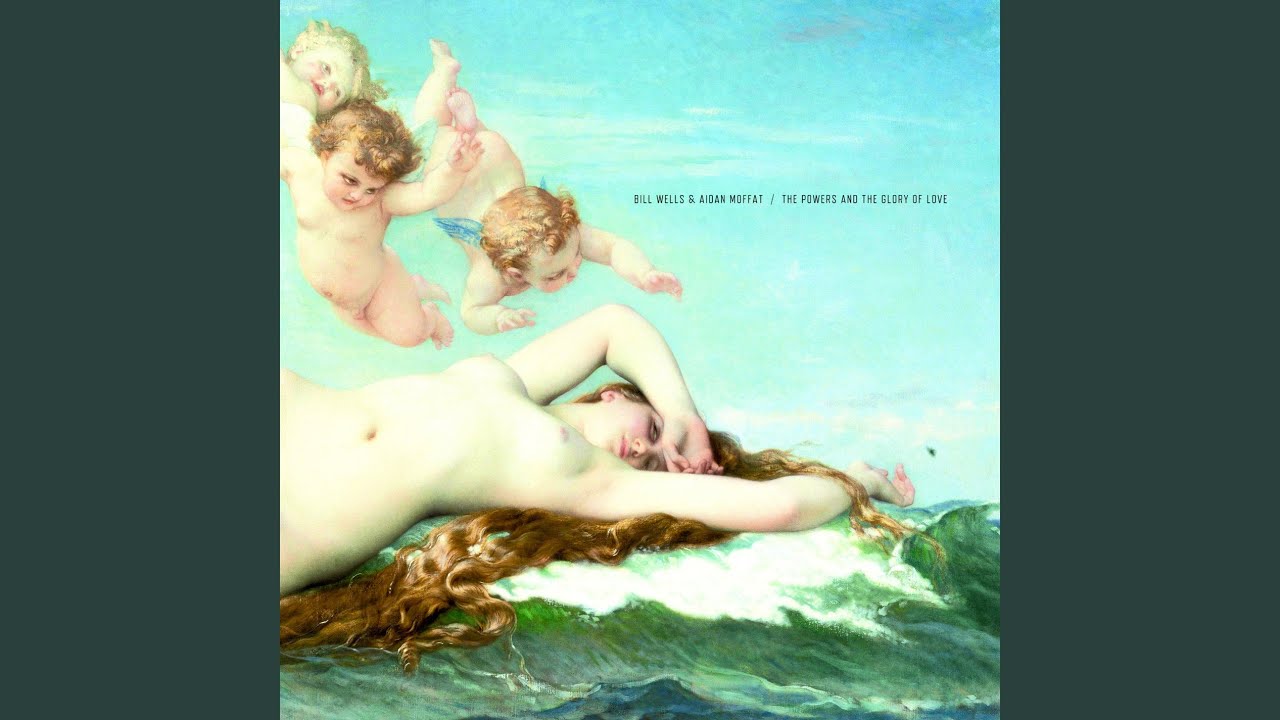 I thought they were incredible live. Used to love them but wasn’t sure about how well it would come across live. Went to see them at Planet K in Manchester and they blew me away. Absolutely next level.

I didn’t really stick with them to be honest and should go back to their catalogue more - wasn’t a massive fan of The Red Thread and then only had a passing listen to the stuff that came after. Vaguely remember being very disappointed in something they did but it was so long ago i can’t remember what!

Not really a band i stick on casually but when I do i love them.

Going to see them on Monday though! First post pandemic gig and can’t wait…although i am nervous. Good first gig i reckon and it’s in a relatively small pub so that’s good.

Possibly the best opening line on an album ever also/.

For their best times they are an easy 5 for sure.

Malcom Middleton is a funny one - saw him in the glee club in brum a while back and he was terrible. Seemed livid at himself and everyone for being there and played such dull MOR tripe it really put me off him. Saw him in a pub in wakefield also though and he was beautiful. Funny old world innit.

Malcom Middleton is a funny one

His first two albums are brilliant: 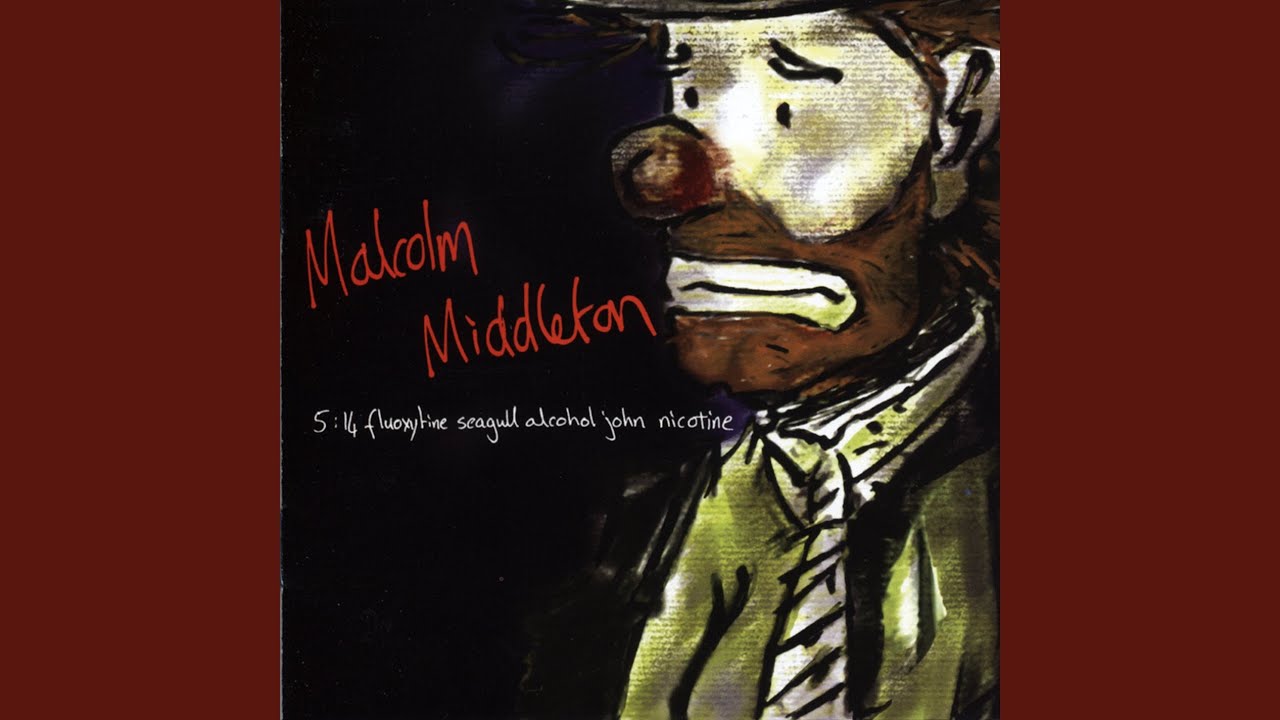 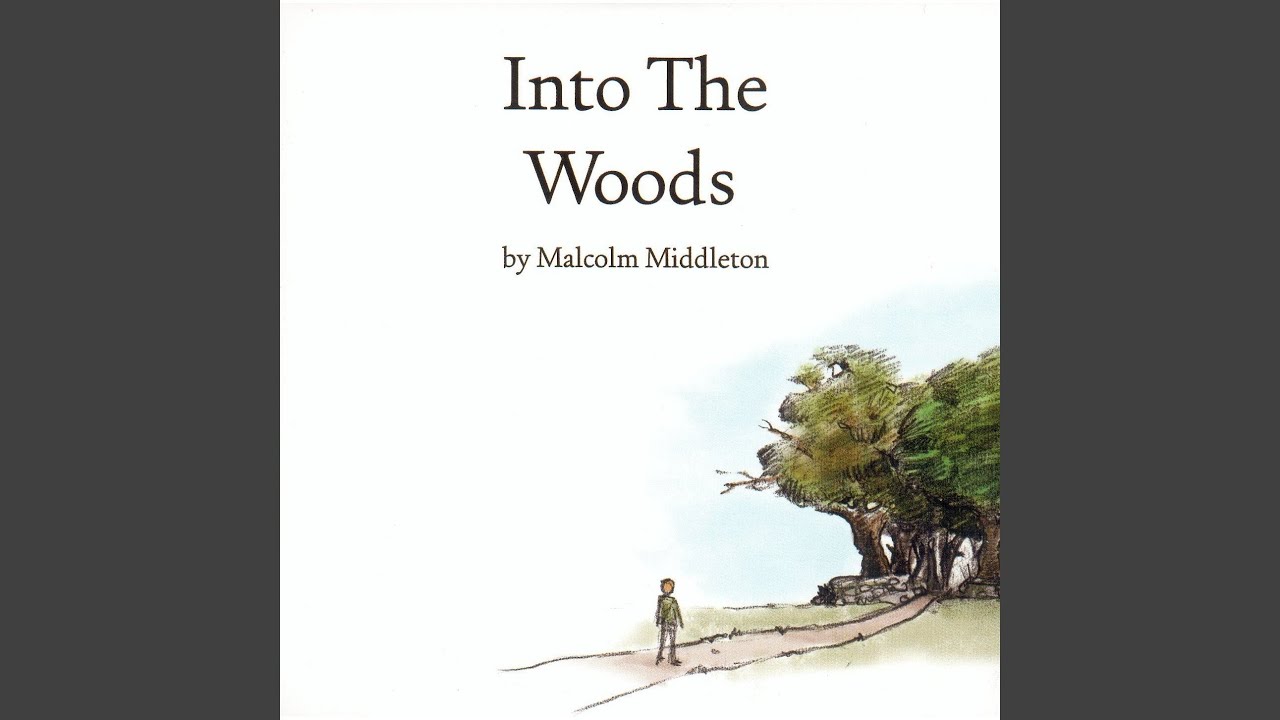 Only heard a couple of tracks but liked them a lot and it was my brother’s wedding yesterday so I’m in a good mood, so will chuck them a 4

oh totally. Less familiar with the second but the first is gold 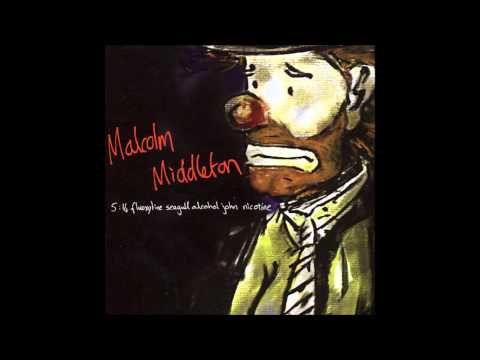 They’re top teir. Some folk won’t get them, which is understand, but they’re undoubtedly one of the best Scottish acts ever.

Theyre one of those acts that couldn’t be anything but Scottish, and couldn’t have came from anywhere else except for early 1990s Stirlingshire.

I first heard them around the release of Elephant Shoe and felt like they were built to be listened to quietly and darkly. I’ve never seen them live, being too young for their earlier stuff and, sadly, too busy at Uni to make their last gigs on The Last Romance.

And I didn’t want to get tickets for the reunion as it was too uncertain. Frankly glad as I am not comfortable with a Barras gig right now, no matter how much I’d want to go.

As usual, I’ve got a series of comprehensive best of playlist. I’ve merged them into one playlist. 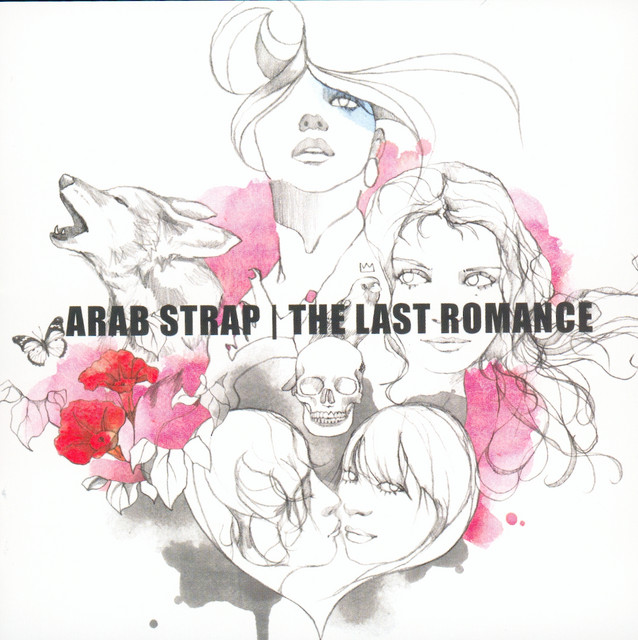 I like the new album but it isn’t their best. It’s great. But it is a different band - an older band.

Obviously adore some of both of their solo stuff espesh Aidans work with Bill Wells, and his work as L Pierre and Nox.

Saw them at Porto a few years ago and they were fantastic but I cannot get into the albums.
They seem like good blokes so they can have a 2

I do like the old stuff but somehow the new album for me manages to be the best of their career - it’s my favourite album of the year so far.

Sleeper is probably the song that gets me the most from it. It’s like a metaphor for the journey through life and the choices along the way through a journey on a sleeper train. It’s so well done it really feels like you are on that train rolling and passing through the night and the ghostly stations of life, but also has this lovely sort of Spanish sounding guitar running through it. Really beautiful in a melancholy kind of way. 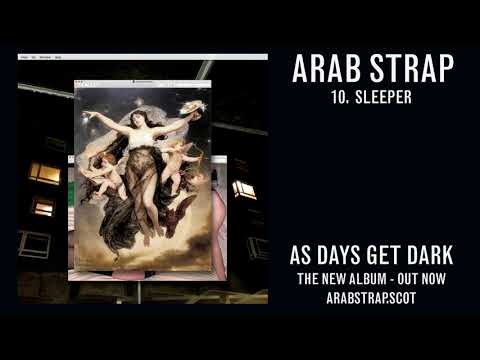 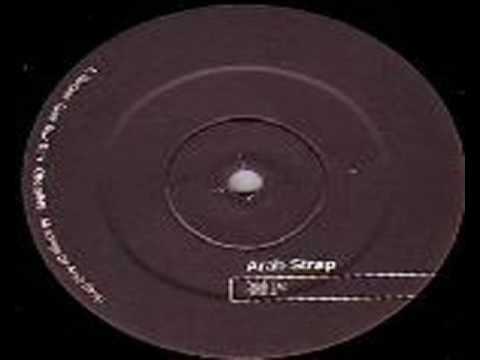 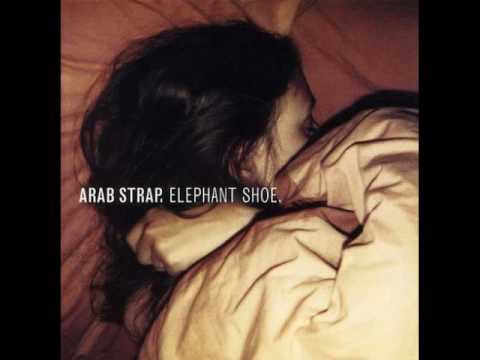 I should have been seeing them this weekend but they cancelled the Dublin show as the Irish covid measures have been lifted much slower than the UK’s. Saw them in Glasgow in 2016 though and it was so good.

I’ve voted The Red Thread as best album as I think it’s quite underrated, but there’s a strong argument for the new one being the best.

Love how this one builds 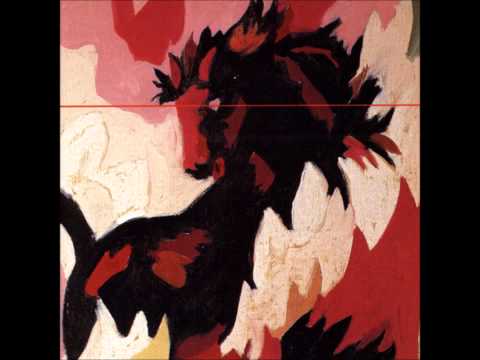