🎵 How Good Are They Really 🎵 Art Brut

This doesn’t mean that I don’t love you…

Frank Zappa gets a middling score:

I was very enamoured with Art Brut when they first appeared. The whole idea they put out that everyone could form their own franchise of Art Brut was very appealing to me, and I loved the artwork of their debut album with the paint by numbers bit. I even quite liked the songs, for the most part. Don’t think the singles really represented what they could do, something like Rusted Gun of Milan was better than My Little Brother. Think I bought a t-shirt of theirs at Reading Festival 2005.

But it was a short lived love and I don’t think I listened to anything after the first album. Don’t think I can go over a 3 for some fun memories.

The first half of bang bang rock and roll is the best half of any British album of the 21st century.

Could basically have quit 6 tracks into their career and been a 4. Fun live, Eddie Argos is a gbol. Should really be a 3 or 4 because their later stuff is fine to meh, but it’s a 5 from me innit

The Ezra Furman liner notes for the reissue is one of the best tributes to an album, will dig it out and post a photo once I’m out of bed

the best half of any British album of the 21st century.

Between that and Someone To Drive You Home I reckon.

5/5 for me, don’t care if I haven’t heard anything since album 2.love em

Big fan of this slightly later single too 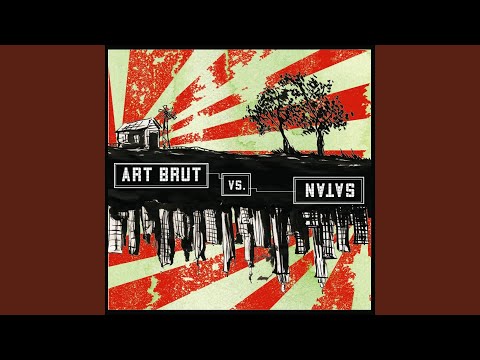 Ahhh good times.
A very nostalgic 5 from me

I may be muddled up but think I had an EP type thing with Nag Nag Nag Nag on it and then a few live tracks. That was good. Can’t see it on Spotify though

Not massively aware of all their stuff but I’ve always liked the cut of their jib and the songs I do know I thoroughly enjoy. 3.5 rounded up to a 4 seeing as it’s Friday.

Staggered at the love they get on here, often wonder if its an inside joke like the Impression That I Get

Pretty sure I’ve not heard a note. Abstain.

Another abstain. Listened to the first album a few times because of the hype but couldn’t make any connection with it at all. No idea now what they sound like.

Unashamedly love them. Fun records, great live and Eddie Argos is a twat/GBOL simultaneously. I’ve got one of Eddie’s album cover paintings somewhere - will see if I can dig it out. FIVE from me

My sister in law has one of spice world. It’s great