Let’s see if this one is a little livelier…

Don’t really know much ATDI beyond the singles. I remember hearing Rolodex Propaganda for the first time and having no idea what I’d just heard. Just utter craziness.

I have the first two Mars Volta as I bought them both cheap in HMV or something. Not entirely sure why. As I’ve stated before I hate proggy music and I think Mars Volta might be the cause here. Love L’Via L’Viaquez though!

Smashing a 5 here. First time hearing Relationship of Command was one of those formative ‘I did not know music could be this good’ moments.

Great memories of getting pissed in my friends uni room listening to Pickpocket and him smashing a chair and a cupboard in excitement.

At the Drive in.

One of the bands that changed my life. Relationship is album a few of my friends will always pop on if we are in the car together. It has a series of stone cold post hardcore classic moments that basically became the career for many follow up bands.

Really glad they never reformed. You’ve added an album on there that doesn’t exist.

I love them but also know why folk hate them. I enjoy their madness and wild obtuse shit and also like the melody and vocals where others just don’t! I get it. But for me Amputechtre is their sound distilled perfectly. If you only like Deloused then you def won’t like their mid albums. Bedlam is good but over long.

But for me it’s like where shit was brilliant. I went to a brilliant gig in Edinburgh with @medulla from the old boards and it was just brilliant.

Listened to a lot of Mars Volta last summer. The latter stuff isn’t as shit as I thought.

First album still incredible for the most part. Up to Eriatarka is just outstanding.

The Mars Volta are the worst band of all time, so 1 for them.

ATD-I are a 5 from me. Relationship Of Command came out around my 16th birthday and as we’ve discussed before, that’s the peak age for band-engaging, it’s still a fucking brilliant record. Were absolutely massive at my school for some reason. Also responsible for one of my favourite moments in all music:
dancing on the corpses ashes dancing. on. the. corpses. ashes DUR DUR DUR DUR DURDUR DUR DUR DUR DURDUR

Mars Volta get a 1. Unlistenable twaddle.

Easy 5 for ATD-I. Was annoyed to find that El Gran Orgo isn’t on Spotify the other day.

4 for The Mars Volta, just for De-Loused really. It’s still one of my favourite records ever, and the time I saw them play it live from start to finish at Portsmouth Wedgewood Rooms is the best gig I’ve ever seen.

Nice to see @JohnM going in to bat for In/CASINO/Out. I almost picked that over ROC but overall just more time spent with the latter.

Big fan of Vaya too.

ATDI were decent. Saw them at the Electric Ballroom (I think) when RoC came out, and they were terrific. Truth be told, I liked the records more than I loved them, but they’re still a very solid 3.

That Sparta spinoff band were pretty mediocre, and I choose to believe that the other two gave up music altogether after the split.

I gave atdi 2/5 cos of that scissor one, but yeah.

Very vivid memories of listening to Relationship of Command on a CD Walkman and it properly blowing my mind/eardrums.

Terrible sound, shit video but I can’t get enough of this video of them playing in a bowling alley. 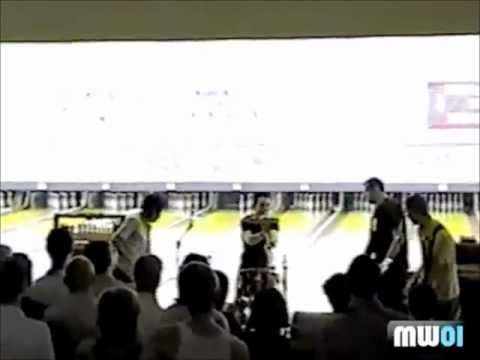 2 x 4s from me both bands have a single album that I adore (RoC & FtM) but the rest of their catalogs never properly gripped me.

2 for At the Drive in for One Armed Scissor.
I really tried with RoC but it’s just not very good.

1 for the Mars Volta, because it is just ear poison to me.

Both pretty lifechanging bands for me for different reasons so hitting 5s. Both kinda fucked it but Frances the Mute is still one of my favourite albums of all time. Cue up the 90min version and you’ve got the best movie that was never made.

Pendulum In A Reading Fest