🎵 How Good Are They Really 🎵 Belle And Sebastian

5/5 for the early singles and first 3 albums. Have so much love for those albums. Diminishing returns since. Fold your hands has good stuff on it, but it’s pretty poor after that. Stuart’s a weird one. Enjoyed them when I’ve seen them including a headline set at green man involving a mass stage invasion of around 100 people during BWTAS possibly.

First three albums are classics of the genre. How well they’ve aged depends on a lot. For me, they will always be up there. As are their EPs on Jeepster, which are sublime.

Then, around Fold Your Hands Child, they kinda lost their way. They regrouped almost as a different band on Dear Catastrophe Waitress and Life Pursuit, but since then haven’t been able to make anything approaching decent, really. I like some of their albums - I reviewed Write About Love really well, at the time, and Girls in Peacetime charmed me a bit - but mostly it’s been massively diminished returns… not because their bad, per se, but it’s odd hearing a 50 year old singing about the same twee storylines from their earliest years.

Should’ve given up long ago, and came back on the come-back circuit. 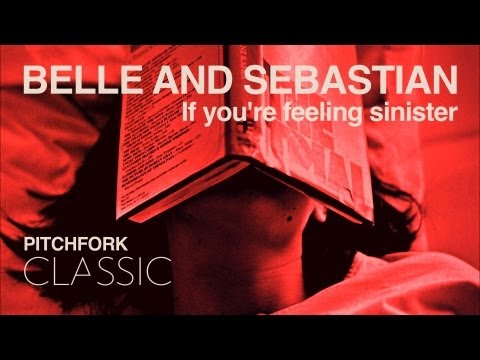 This is like the exit poll all over again.

Nevertheless, at their best, they’re as lovely a band as I can think of. So I’m giving them a 5 even if my head says they’re a 3

Don’t listen to your head, I don’t trust it.

Nevertheless, at their best, they’re as lovely a band as I can think of. So I’m giving them a 5 even if my head says they’re a 3

Hands up if your best-of playlist on Spotify/iTunes is also called It Could Have Been a Brilliant Career.

didn’t get to see them until the Write About Love tour but it was really good fun.

This was my first B&S gig

It was in the last days of Isobel being in the band. Really miss Isobel.

Never got them at all. One of those bands where folk reckon there’s a great period (first three albums apparently) and then a spell where they have gone crap (everything else) - it literally all sounds like the same twee nonsense to me. 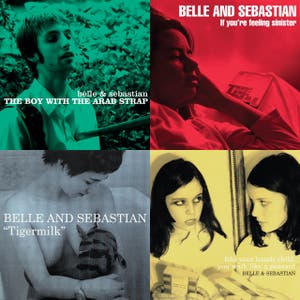 It Could Have Been A Brilliant Career

Voted a middling 3. Lots of decent tunes, no great albums, wouldn’t be fussed if I didn’t hear any of their output ever again.

As a Glaswegian, it’s interesting to note just how little onion people here have of them. The only people I’ve ever known to be proper fans are from elsewhere. Not even that they are disliked, just don’t seem to have made much of a footprint here outside of their scene, despite their global impact being quite sizeable.

i’ve got so many great memories associated with them, from seeing them for the first time at the free “schools out” concert they did at the botanics in Glasgow back in 2004, to playing with them last year on the Boaty Weekender

the first 3 albums still get a lot of plays in our house, gone for a 4 simply as nothing since Dear Catastrophe Waitress has really stuck with me

They’re probably my favourite band, certainly the one I’ve listened to the most. Yes, they’ve been patchy as hell since 1998, they’re pretty dreadful live, there are myriad reasons to never listen to them again but they’re absolutely nothing but a stone cold 5/5.

Tigermilk is perfect, they never bettered it, to make that and Sinister in the same six months is pretty awesome. DCW is their last properly good album, but there’s plenty of good later stuff for those that can be bothered looking. The Richard X remix of I Didn’t See It Coming is the greatest pop song no one has ever heard, I once listened to it 22 times in a row.

Abstaining. Never heard a single one of their songs. I assume they are a duo called Belle and Sebastian? Dunno. Got any riffs?

If I wanted ‘riffs’ I’d listen to Status fucking Quo.

I’m going to do that right now.

The guitar riff in I’m A Cuckoo, maybe?

This is definitely a Thin Lizzy pastiche.

As a Glaswegian, it’s interesting to note just how little onion people here have of them. The only people I’ve ever known to be proper fans are from elsewhere. Not even that they are disliked, just don’t seem to have made much of a footprint here outside of their scene, despite their global impact being quite sizeable.

They sold out the Hydro a few years back did they not? I also don’t think I’ve ever met a single resident of the West End who doesn’t own at least one of their records on vinyl, it’s like some weird initiation or something