🎵 How Good Are They Really 🎵 Black Flag Another band where you have to judge them on their peak years and it can’t be anything less than a 5. Huge swathes of music I love simply wouldn’t exist in its current form if it wasn’t for them. Kind of hear what people are saying about a lot of the music they inspired surpassing them and there are definitely hardcore and sludge bands I prefer, but their peak records are still absolutely essential

Agreed, Rollins always comes across as a massive dickhead.

This. I read Get in the Van which is great but it didn’t inspire me to listen to them…

I know the moment for CD boxsets has passed but there are so many great bands on SST who could have received the Numero Group treatment (who did the ‘Savage Young Du’ boxset) were it not for their out of print back catalogue being suspended in Greg Ginn rights limbo.

Yeah the lack of those titles being easily available is pure shite.
Surely Ginn should be happy to get them back in print as he would make some cash from it? Dunno, shit situation tbh.

It’s not great for sure but the fanzine kid handles himself really well and they’re both laughing at different points. It’s hardly Blur and Narduwar.

The kid interviewed Rollins just after he’d had a fight with some skinheads as well so his blood was up, and he recognises that he took it out on this kid and owes him an apology:

Seems a bit a stretch to call him a bully or that he’s “feeling like a bad lad” (lol) off the back of it. Guess if you think one bad interview is worth hating him for then that’s up to you, but I really don’t

I mean this isn’t the only video or annecdote where Rollins is being a prick to someone when they don’t deserve it.
I’d say in ways it’s very similar to Blur and Nardwuar in that in both instances a member of a band is being intimidating and condescending to an interviewer as their bandmates laugh and pull funny faces to camera rather than intervene. It’s maybe worse if anything as in this instance it’s a child rather than another adult.

Saying you owe someone an apology 30+ years after the fact because you’ve been called out on it is a bit nothingy.

I get you like this band and sounds like you like Rollins too. But if my opinion is that they’re dicks then I’m entitled to it and it’s not going to change because you reply to me saying I’m wrong or dropping sneering (lol)'s at how I’ve worded something.

didn’t greg ginn abuse his kids or something?

edit: yeah, he did

On October 10, 2014, Ginn’s ex-wife Marina filed a motion in court to prevent Ginn from having access to their children, claiming Ginn was “routinely denying them food and threatening them,” “abusing alcohol and drugs in front of them,” had “forced [the children] to do cleaning chores until 2 a.m.” “locked [them] in a room alone with no contact with the outside world through cell phone or emails,” and had “throw[n] cups of water in their face.” She also claimed he had told his daughters “you’re hot” and “whistled at them,” and told them “they are getting fat and need to lose weight and that their diets will have to be more strenuous.” Ex-Black Flag member Ron Reyes later submitted an affidavit to the court supporting Marina Ginn’s statements.

Saying you owe someone an apology 30+ years after the fact because you’ve been called out on it is a bit nothingy.

Video is from 2001, so it’s not 30 years afterwards, it’s far more recent as far as Rollins is concerned. He also hasn’t been called out on it, he’s been specifically asked about something he regrets and he mentions this interview. Rollins also would have been about 4 years older than the fanzine kid at the time as well, so not fair to frame it as an adult bullying a child, particularly when the kid can clearly handle himself and does so very well.

I’ll be the first to admit that Rollins can come across as a self important dickhead at times - I’m not some fanboy and of course people are entitled not to like him or Black Flag. Just think it’s unfair to call him a bully. I mean I could post lots of links to accounts where Rollins has protected kids from being seriously beaten up by Nazi skins or prevented a woman from being abducted at a show, but it’s all online if you want to look and as you’ve said nothing is going to change your opinion, there doesn’t seem a massive amount of point

Only ever listened to Damaged and My War. Will have to give some of their other stuff a listen later on.

A tentative 4 at the moment.

I adore Damaged and the First Four Years EP. Aside from the song, couldn’t get into My War at all and read up on how the other albums are fucking barmy and What The… doesn’t exist at all.

Still get a thrill when I hear stuff off Damaged though, as @anon50098204 said, the way they do intros is great and getting your attention.

Oh, also here’s The Bronx being Black Flag for that Germs film: 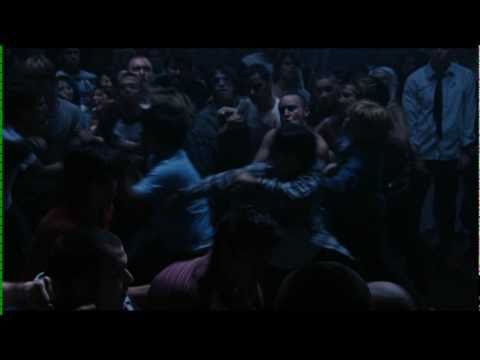 when the kid can clearly handle himself

Lucky he spoke so well or it could have been a lot worse.

Rollins can come across as a self important dickhead at times

Indeed. Good to see youve moved from only Ginn is a dick to accept Rollins is also a diick. Also as Ginn is the constant I think it’s fair enough to be put off by his behaviour alone for the most part.

Rollins has protected kids from being seriously beaten up by Nazi skins or prevented a woman from being abducted at a show,

as you’ve said nothing is going to change your opinion, there doesn’t seem a massive amount of point

Yeah I dont think theyre a very good band anyway regardless of how they are as people.

As always there’s little point in tackling people based on opinions informed by how they react to both music and individuals personally.

tried listening to some of their stuff when i was reading Our Band Could Be Your Life but never really got on with it. should try again at some point.

their chapter in that book is just abject misery of everyone absolutely hating each other so i get the ‘unpleasant people’ remark from that but i don’t know anything beyond that. it was such a relief to get on to the camaraderie of the Minutemen chapter right after that.

Rollins usually strikes me as a nice cool enthusiastic music fan guy these days but i don’t have any deeper knowledge.

The original video is from '84. The video where Rollins is being interviewed and apologies is 2001.

If the kid clearly couldn’t handle himself, Rollins would likely have stopped. Clearly if he didn’t it could have been worse, but it wasn’t.

Sating someone can be a self important dickhead “at times” is not “accepting” that person is “a dick”.

If people want to hate Black Flag because of Ginn, I think that’s completely understandable, particularly in light of the stuff that Wasted posted, which I didn’t know about. I’ve never said anything different.

Cool.
I don’t like them as a band. Don’t hate them.
They seemed unpleasant people to me based on what I’d read and seen… Ginn in particular. I too didnt know about the stuff Wasted brought up.
Not for me. Happy for people who enjoy them though.

Raymond Pettibon (born Raymond Ginn, June 16, 1957) is an American artist who lives and works in New York City. Pettibon came to prominence in the early 1980s in the southern California punk rock scene, creating posters and album art mainly for groups on SST Records, owned and operated by his older brother, Greg Ginn. He has subsequently become widely recognized in the fine art world for using American iconography variously pulled from literature, art history, philosophy, and religion to polit As...