🎵 How Good Are They Really 🎵 Blondie

Hi there! Time for another one I reckon.

Here we are after Bruce then (unbelievably low score imo)

So we’ll move on and today look at Blondie Oh and the updated playlist 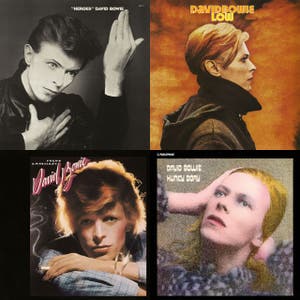 A 4 from me. Terrific singles band and I think it’s often understated how important a part they were of the late 70s New York scene that birthed punk. I’ve never delved particularly deep but maybe now is the time.

Their best singles (and they have many) are up there with the very best pop music of all time.

Enough for a 5 on that alone.

Also the second half of Rapture is just brilliant.

imagine your band being the one that wrote heart of glass though. you can’t can you. ridiculous. and atomic and hanging on. christ. banging out bangers for fun.

Parallel Lines and Eat to the Beat are stunning albums.

3 for me. A couple of bangers but Parallel Lines is inconsistent and much of their catalogue is very weak

Parallel Lines is brilliant front to back and is endlessly playable. Only spent time with their first four albums. Always meant to give Autoamerican and The Hunter a go but just haven’t gotten round to it.

in the flesh is a cool cool song

Parrelel Lines is a very good album, with anazing singles, but thats about it. Outside of that they range from eh to outright bad

Didn’t vote for it as best single, but I love Union City Blue so much.

Hanging… is a cover - only found out recently on another DiS thread. Plenty of amazing songs tho

What’s the name of that fucking batshit mental film about crystal meth that Debbie Harry is in?