🎵 How Good Are They Really 🎵 Bruce Springsteen

Steven already said they’re not touring this summer apparently to focus on seperate projects, so there’ll be no full E Street shows. He’ll do some slightly smaller gigs maybe when the album comes out.

Really like Hot Chip’s Dancing in the Dark cover

Such an easy five it’s ridiculous.

I’m going to bow out of the thread before I see some pathetic hot takes but just wanted to second all this evening talking about how good he is live. That Hyde Park show where he got cut off with Paul McCartney was probably the most impressive and joyous show I’ve ever seen

I have noticed that there are far, far more good Bruce Springsteen covers than good covers of the other big singer songwriters. Not sure what this means yet but it’s a thing

FFS, you do Bruce just as I’m about to drive off for four days. Easiest five I’ll give, my first musical love and the longest lasting. Come Monday I can write paragraph after paragraph if this is still going.

Don’t care if it is, I’ll still read it.

Always loved this one. 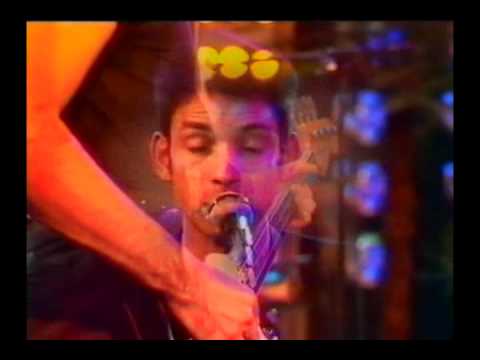 My dad persuaded the other bookers at his student union not to book Springsteen because his press release had ‘the next Bob dylan’ in it and anyone with that would be rubbish. 2 weeks later, born to run came out

4 - Nebraska and Devils & Dust are my faves, even though they’re meant to be the sonic outliers of the catalogue. Never felt like it was something I could go all in on, but have respect for the mf’ing craft. The Super Bowl show was pretty handy too.

Also, serious note, massive respect for speaking in his book about the depression and mental health issues he continues to battle with and how his dad’s Schizophrenia affected his family and their relationship with each other.

I’d really recommend listening to him narrate the book on audible.

Just whacked Born To Run on the bins on the way home.

No retreat baby, no surrender.

Saw him at Hyde Park and bon Jovi was waiting backstage to come out for an encore but Bruce just kept playing past the curfew so bon Jovi just had to go home.

Then my mum dissed mcfly

I’m sacking off work and listening to Bruce the rest of the afternoon screw it.

I actually hated his guts when I was a kid, around the time of Born In The USA. Thought he was a jingoistic dick (because I didn’t bother listening to the words) and all my friends’ mums fancied him. His look was the antithesis of everything I stood for.

When I was a bit older I listened to the big albums and liked them, but never really connected in the way I do with other artists.

Then in the last 10 years my other half took me to see him live and suddenly it all clicked into place and I really love him now.

I also admire him - his autobiography is hugely impressive. He admits he’s vain, and that showing off in front of people is his drug. But he also suffers terrible depression, which he describes in a way that imo was not designed to elicit sympathy. Not that this should matter because all my scores so far are dickishness-neutral.

PS I didn’t vote in the Girls Aloud poll because I don’t know enough of their material, but it would have been a 1 even before considering their racist assaults.

Exactly. Was about to post along these lines too (should read threads fully). It wasn’t a cliché when he started doing it.