🎵 How Good Are They Really 🎵 Busted/McFly

Time for another one, obviously…

McBusted is the self-titled debut and only studio album by English pop punk supergroup McBusted. It was released through Island Records on 1 December 2014. The album was preceded by the release of lead single "Air Guitar", which peaked at number 12 in the United Kingdom. The album received positive reviews from music critics. It debuted at number nine on the UK Albums Chart, whilst also making 31 in the Republic of Ireland. In November 2013, it was announced that Busted's James Bourne and Ma...

(Not that I care about either band.)

But seriously, they’re both poor male rip offs of: 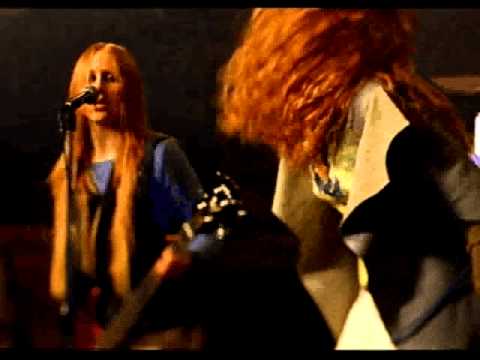 The first Fightstar ep is actually quite decent.

Both better than Ed Sheeran. McFly give off massive Daily Mail vibes. Maybe I’ll be proven wrong on that.

Both better than Ed Sheeran

Enjoyed this one when it came out, not listened in a long time though. Love the artwork Behind the Devil's Back

Behind the Devil's Back is the fourth studio album by British post-hardcore band Fightstar. The album was released on 16 October 2015 via the band's own record label - distributed by Warner Music. The album was funded via a Pledge Music campaign, which launched in July 2015. This was the last Fightstar album released before lead singer Charlie Simpson returned to his old band Busted that November. September 2014 saw the band's Facebook profile updated with a new default picture and cover photo;...

Also, does anyone remember The Dumdums?

I think they came out about the same time but never got big like Busted.

I’m sure I saw them at King Tuts on my first week of uni so would have been about September 2000. Feel like these two bands must have been later than that or I didn’t see them as part of the same kind of scene - thought the Dum Dums were more kind of pop punk than just throwaway pop bands.

I saw them at a local-ish festival maybe around my last year of uni (99/00) - maybe they were more pop-punk than pop (I can’t remember) but they were definitely in that same SM:TV generation.

I can never remember which is which so will average their scores. 1 for each.

A disjointed low in both band’s discographies, but it at least helped get Busted back together

Busted are a 1/5. Always fucking hated them and writing out their singles list lead me to notice that a lot of their lyrics are pretty dodgy. For example:

You’ve always been this way since high school
Flirtatious and quite loud
I find your sense of humour spiteful
It shouldn’t make you proud
And I know your pretty face gets far with guys
But your make up ain’t enough to hide the lies
Are you sure that you’re mine?
Aren’t you dating other guys?
Cause you’re so cheap
And I’m not blind
You’re not worthy of my time
Somebody saw you sleep around the town
And I’ve got proof because the word’s going around
[Verse 2:]You left your phone so I invaded
I hated what I saw
You stupid lying bitch, who’s David?
Some guy who lives next door?
So go live in the house of David if you like
But be sure he don’t know Peter, John or Mike!

McFly can have a generous 2 for a couple of undeniable bangers and seeming like nice eggs.

I do remember them chiefly because they somehow got that gig playing Wembley in support of Bon Jovi and then shortly after made an announcement they were splitting up because their ambition as a band had been to get big enough to play Wembley and they did that so that was that.

A pity that people lumped Busted especially in with boybands and thought they didn’t write their own tunes, just because they were kids willing to do the Smash Hits/CBBC circuit.

Definitely more of a Busted person, and they were a big gateway band for me. Also, it can’t be understated how much they stood out on the radio with pure power-pop, in comparison to all the boy/girlband and RnB-influenced stuff. A song like Air Hostess is perfectly pitched to introduce a green kid to the potential thrills of rock music, in a way that, I dunno, Ballroom Blitz might’ve done in the 70s.

McFly OK but got increasingly more twee and musical-theatre.