🎵 How Good Are They Really 🎵 Busted/McFly

Neither of them are fit to carry The Donnas’ bags

Really looking forward to checks notes James Bourne turning up to tell you to suck his butt or something.

My one busted fact is that I was friends at school with a guy who had had to change schools because James Bourne from busted had bullied him so much.

So, y’know… watch out

Now 36 and dating a 22 yr old youtuber after “taking it slow at first with a year of friendship due to the 14 year age gap.” That’s certainly something.

Accordingly to my other half, he’s 38, she was a busted super fan and the whole thing would seem particularly manipulative

A pity to hear this stuff about James, he along with Charlie always seemed to be the most in it for the music out of the two groups.

While the rest of them jumped right into the whole celebrity thing with I’m A Celeb, Strictly etc., there he was just being awkward and droning on about MJ and Pet Sounds in interviews.

Busted were always deeply embarrassing - clearly meant to be the British answer to blink 182 but toned down so much it was barely worth it and without any of the tunes.

Always thought mcfly had a bit more about them musically and it was a shame for them they were lumped in with busted. They were just going for a early beatles breezy pop group thing and I thought they did it pretty well.

Once saw James Bourne life solo. He said Son of Dork were extremely underrated and that hes written aongs that have changed peoplea lives, and went into a The Saturdays song he had written.

Fun fact: The girl in that video went to my school.

Busted - easy 1. Diabolically bad, and responsible along with the acts that followed in their wake (5 Seconds of Summer et al) for an arms race of toothlessness within the pop-punk genre that’s still going on today. Any points they might have got for having a couple of catchy songs immediately docked for begetting Fightstar who were interminable in a completely different way. Also James Bourne has always come off as kind of a bell-end.

McFly get a 2 for that Shine A Light song, and for knowing from the get-go exactly what they were and never pretending otherwise. Also, yer man with the specs seems like a nice fella.

Also, does anyone remember The Dumdums? I think they came out about the same time but never got big like Busted.

Absolutely laid the ground for them but were - as unlikely as it seems - a ‘real band’ albeit one who got marketed like a boy band (something I realised when, aged 18, I went to see them at Shepherd’s Bush and was the tallest/oldest person in the pit by some distance).

Very kind of @Funkhouser to schedule this for my day in lieu. Will start with Busted.

I discovered music channels in January 2003. My knowledge of music up to this point had been: parents’ taste (Abba, Bowie, Beatles, The Corrs, Texas, What’s The Story Morning Glory), fuck-off massive cheesy pop (The Spice Girls, Steps, S Club 7, Britney Spears) and aside from the bands/albums listed I don’t think I really knew anything else aside from the odd big hit.

at this point Avril Lavigne (‘Sk8er Boi’, ‘Complicated’, ‘I’m With You’) and Busted (‘Year 3000’, ‘What I Go To School For’) were absolutely wrecking the channels. Constant airplay along with Girls Aloud (‘Sound of the Underground’), Justin Timberlake (‘Like I Love You’, ‘Cry Me A River’) and Christina Aguilera (‘Dirrty’, ‘Beautiful’). I basically know all these songs off by heart because I became obsessed with watching these channels at every opportunity which continued for the next, I dunno, four or five years? I’d flick through them non-stop until I found something I liked, which was very easy in early 2003 because I fucking loved Avril Lavigne and Busted. ‘Year 3000’ quickly became my favourite song and I was totes in love with Charlie.

Busted were for me what Take That were for people in that thread recently. I was obsessed with them, their music and their chart placings. I was absolutely heartbroken when the Smash Hits 2004 annual claimed that I was astrologically incompatible with Charlie (a Gemini). That edition came with fold-out calendar with Busted on one side for the first 6 months of the year and S Club Juniors on the back. I hated S Club Juniors so just kept Busted up all year long and used to put lip balm on and kiss the picture of Charlie to ‘practise’ (haha keep practising baby Pervo, you’ll be waiting a while for the real thing). I literally wore out his lips

They were the first band I ever saw live and it was immense, I spent weeks beforehand writing a passionate love letter to Charlie and hiding it in my bag with the vague intention of crowdsurfing to the stage and giving him the letter. Yeah, that didn’t happen.

More seriously I read an interview with them in Popworld magazine in late 2004 and was really shocked by how dismissive they were of their young fans and how generally sexist they were (they said some really vile stuff about Britney, who they’d previously written a song about but clearly couldn’t handle her In The Zone era). They were young lads and this was the early noughties, a time famed for its rampant misogyny and shock humour - although if even I was shocked at the time by it, it really must have been bad - and I think they just wanted to seem older and more cool than their ‘pre-teen heartthrob’ status but it really disappointed me that they thought so little of me, my friends and the thousands of other tweenagers who propelled them to fame. You can see this misogyny creep into some of the lyrics - I was going to raise ‘Who’s David’ as the most well-known example of this but you also get spying on a teacher from a tree outside her house, jizzing yourself because of an attractive air hostess, and the line “Tracking you down on the internet, 'cause I ain’t seen you naked yet” in ‘Britney’. None of this is really shocking in the context of teen boys in 2003/4 but it’s not aged well and is more shocking/unacceptable in hindsight.

That said… While they are a more pop-tinged version of your Blink-182 esque pop-punk with dorkier lyrics, they have some absolute gems. ‘Britney’ is a surprisingly melodic, wide-eyed pop ode to Ms Spears, ‘What I Go To School For’ is gorgeous, their downbeat singles (‘Sleeping with the Light On’, ‘3am’) are actually really good. Off their second album, ‘Falling For You’ is the deep-cut pick of choice, about hoping to have a girl over for the night but being anxious about it, while ‘She Wants To Be Me’ is an energetic romp about a girl who’s so obsessed with her boyfriend that she begins copying everything he does, to the point of him having a breakdown and her subsuming his identity. It’s kinda dark to be honest.

I never listened to them post-hiatus because I never care much for post-hiatus albums (and because part of me will never really forgive Charlie for breaking my heart with Fightstar, although by this time I was starting to transition into an obsession with Green Day). I’m happy for them to remain in my mental museum for being a major part of my tweenage years and a formative influence on my interest in music. I can’t wait to play ‘Year 3000’ at my 30th and get my mates from back then to jump up and down frenziedly because even 18 years later it remains a euphoric, stupid sugar rush. And I will still remember Matt Willis’s birthday every year until I die, because that’s what being a tweenage superfan is all about. 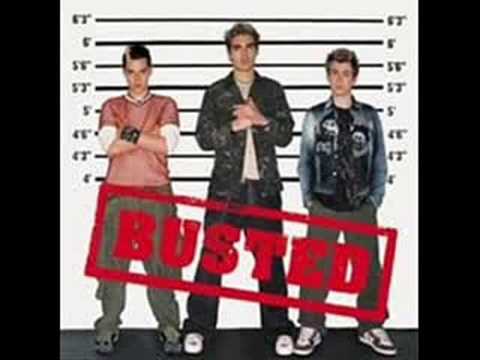 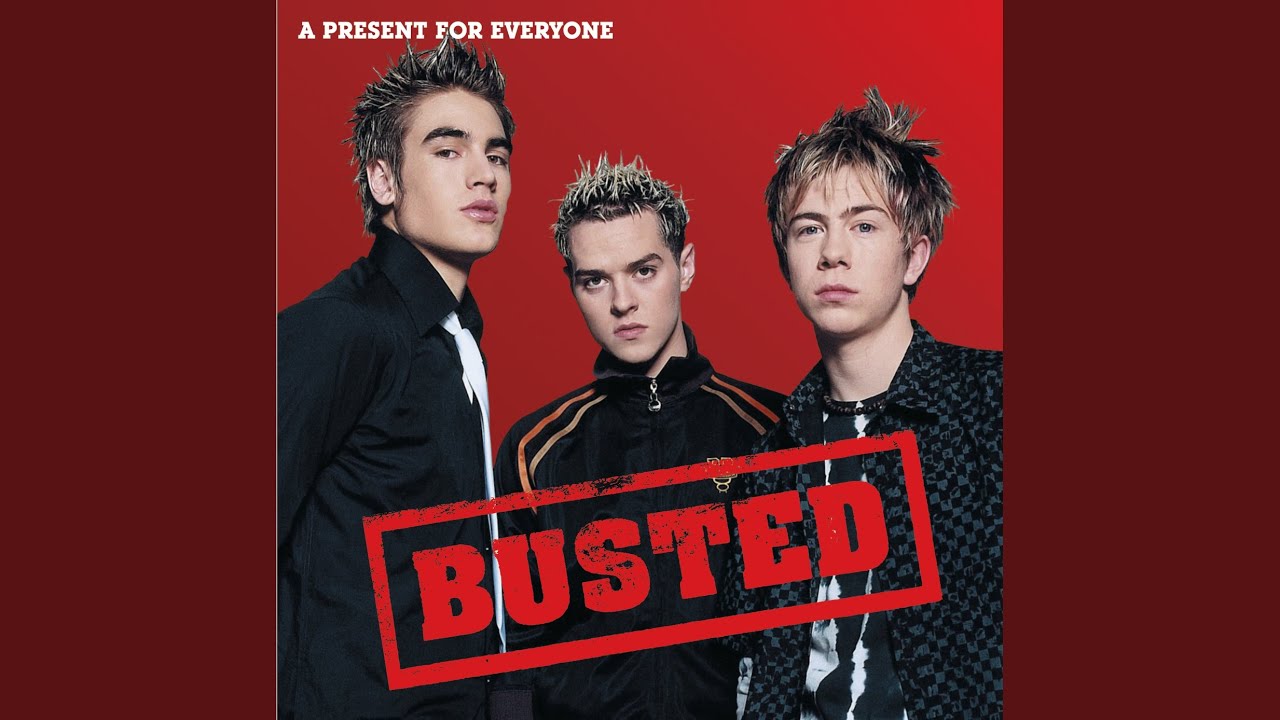 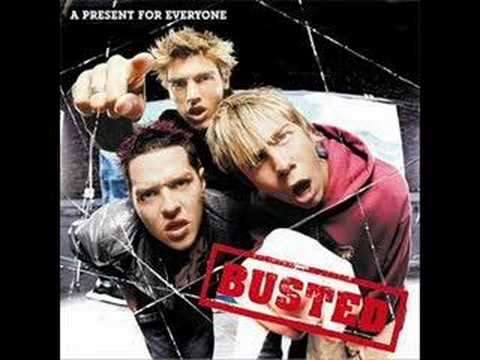 I only fancied one blonde guy after him and never fancied men who wore hair gel again.

Haha autocorrect, leaving that in.