🎵 How Good Are They Really 🎵 Coldplay

Deftones get a decent score

And now, let’s see how this one goes, it’s Coldplay! A lot of singles, some exist, some may not

Easy 1. None of this “but their earlier albums were…” pish either. Nah. They’re boring dreck, always have been, music for people who don’t really like music.

boring dreck - ‘music for people who don’t really like music’

Don’t be an Epimer, Epimer.

Parachutes is good.
A Rush Of Blood is great.
I’ll always have a soft spot for Viva La Vida.
Rest is absolute horse shit. Hugely disappointing because once there was a decent band there trying to get out. I kept trying for a bit but actively couldn’t tell you anything they’ve done in the last six or seven years.

Chris Martin becoming all Hollywood strangled anything interesting about them.

Having said all that we’ve done tons of bands who’ve never made 3 good albums and that gets forgotten now, so for the early years they are worth a 2-3.

1/5 Parachutes is fine, Rush Of Blood To The Head is fine, apart from the tracks Square One (very 2005) and Violet Hill, which I weirdly like, the rest can fuck off. 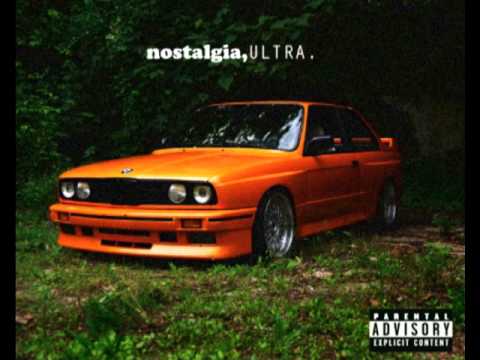 still got a lot of time for the first two albums, much preferred them when they were trying to rip off jeff buckley

Yep, always love this when I remember it.
Strawberry Swing is great tbf, but always just makes me reach for Nostalgia / Ultra.

Must be time for Frank soon on here right?!

No good reason not to give them a 1.

Didn’t realise they had so many other albums but from the way the album poll is going looks like checking out after album 2 was the right call.

1/5. I have no further commentary.

Yeah it has, polls seem to be all fucked up at the moment.

Feels like of all the bands on the list, Coldplay are the ones we’ve had most HGATResque threads about already over the years.

Definite 3. Parachutes and A Rush of Blood both have genuinely great moments, and Viva La Vida’s really good. X&Y is patchier, but has some moments. They seem like they’d be quite fun live too, if you can get over Chris Martin being very Chris Martin.

They’ll do terribly, but not sure I can give them more than a 3 cos there’s a lot of dross and even their good albums have weak moments.

Brilliant melodicist, shonky-to-awful lyricist. More giant singles than you can shake a stick at, couple of very good records which is a fuck sight better than most. Much prefer the dayglo newer stuff, the shine on something like ‘magic’ is so slick which is my bag for stuff like this. This doesn’t count for anything that sounds a bit ‘chain smokers’ like sky full of starts or actually is them like whatever that mess was. Actively hate that sound on them.

Ridiculous Live. I like big shows so this is a good thing.

They’re somewhere between a 2.5 and a 3. I’ve gone 3 because I know there will be enough 1s to bring them down.

Ive always thought you could predict what the new coldplay album would sound like by listening to music from 3 years before it was recorded. Whether that’s true or not they have always been a staggeringly unoriginal band. Rush of blood is great though.