🎵 How Good Are They Really 🎵 De La Soul

Really tempting to go with 3, but they deserve 4. Genre-disrupting stuff.

or would it just be me hitting 5 and posting videos to an empty thread?

I would also post in that thread. Love that guy.

They are very good indeed I would say they are 5 good. Easily

Ego Trippin (part 2)
I Am I Be
Tread Water

This podcast with Prince Paul about 3 Feet High and Rising is well worth a listen. Lots on the groups formation, creating the album and sampling issues.

3ft High and Rising: The Origins of De La Soul - What Had Happened Was

Prince Paul tells the story of producing De La Soul's first album. Along the way we hear how the group was formed, the creative direction behind the album, and how they fit into the burgeoning hip-hop community around them. From the invention of...

I’ve gone for a 4. First three albums are all real good but suffered from a lack of quality control after that. Eye Know is a certified banger. What a mega tune.

Also very fond of this: 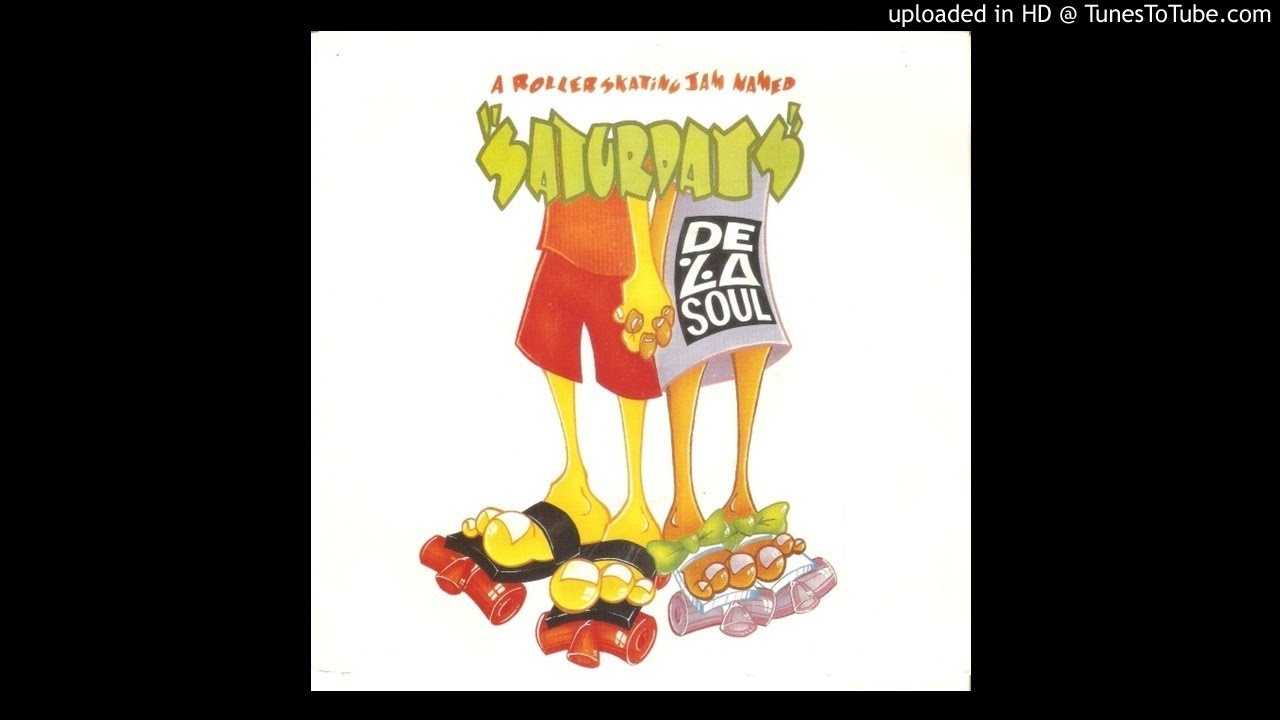 really not someone I know at all, beyond a few cursory listens to 3 Feet High. Maybe today is the day to fix that

The debut is one of the most joyfully brilliant albums ever. It’s a shame that the second record fell a bit flat, because some of their later music is really good. Stakes is High is one of the best mid-90s hip hop albums in my view and might be more highly rated if it was credited to a different artist. A strong 4.

Love them, but there is a lot of filler across the years. I’ve gone for a 4 because they cheer me up where many others can’t, and the stuff I love of theirs I LOVE. It’s an especially big thing as I’m not really a big hip hop fan, but I totally clicked with them.

I would also like to give a shout-out to the much underappreciated AOI:Bionix, which is a great album. If you haven’t heard ‘Trying’, do yourself a favour… 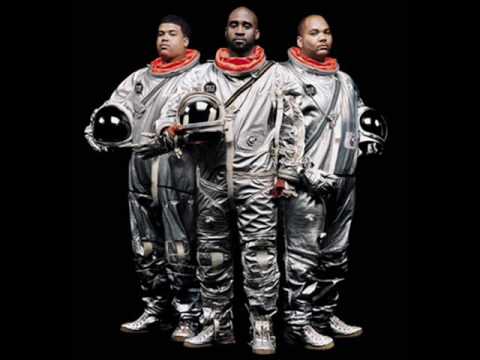 Yeah, I was put in my place on the MF Doom (RIP) rate when I last decried all 21st century hip hop as rubbish. I’m going to give Aesop Rock a listen now.

Love the first album, never heard any of the others. I wonder if I have them on CD somewhere.

CD goes for around £30 these days.

Absolutely incredible band. That initial native tongues run from 88-93 produced so many incredible albums and De La Soul’s first three are some of the best of the bunch – all of them are 10/10 classics. Reckon only the first run of Wu-Tang and Outkast albums can compete. Prince Paul is SO underrated as a producer too. He’s one of the best ever, but barely gets any credit. His work on 3 Feet High was quite literally game changing.

Stakes Is High is totally top tier as well, and although I’m not as familiar with their albums after this, I’ve never heard a song by them I didn’t like. Incredibly consistent for a band that have been going as long as they have. Really interested to see how they score too. Reckon they’ll be quite a few people that love them and they seem like a pretty difficult band to dislike. Certainly a straight 5 from me.

Is Dead and Buhloone are both every bit as good

I got around a thousand CDs off two friends who were moving house a few years back, still not sure what’s in there but I’ve a feeling some De La Soul albums are there.

Looks like it’s been reissued plenty of times on vinyl but not on cd since 2001. That’s really weird. Hard to imagine why rights issues would prevent cd releases but not vinyl.

Fun live. Don’t find much to get into on record.

Alongside OutKast, they were my absolute favourite group growing up, that formative period of 13-16 years old, I was completely obsessed, buying every LP and all the b-sides I could get my hands on. They taught me about being proud of your eccentricities and being true to yourself. They were/are heroes to me. I’m really fond of their whole catalogue (almost everything they put out from the first four albums, including all b-sides etc. is excellent), and it’s a real shame it’s not more widely available for people to explore.

The first two LPs get the most attention, and don’t need too much said about them. 3 Feet High and Rising is one of the first truly timeless rap albums for me. Their laidback, playful, matter of fact flows still sound great and you can trace their legacy through rappers from DOOM to Earl, and the “sampledelic” production of Prince Paul mines pop history in a way that’s not even possible today.

De La Soul is Dead is even better. The diversity of the samples and styles is wild and they make it all land. Every track feels like a lurch and a left turn, within the loose concept album format. They flex their rap muscle, their pop nous, get dark, weird, playful, introspective. 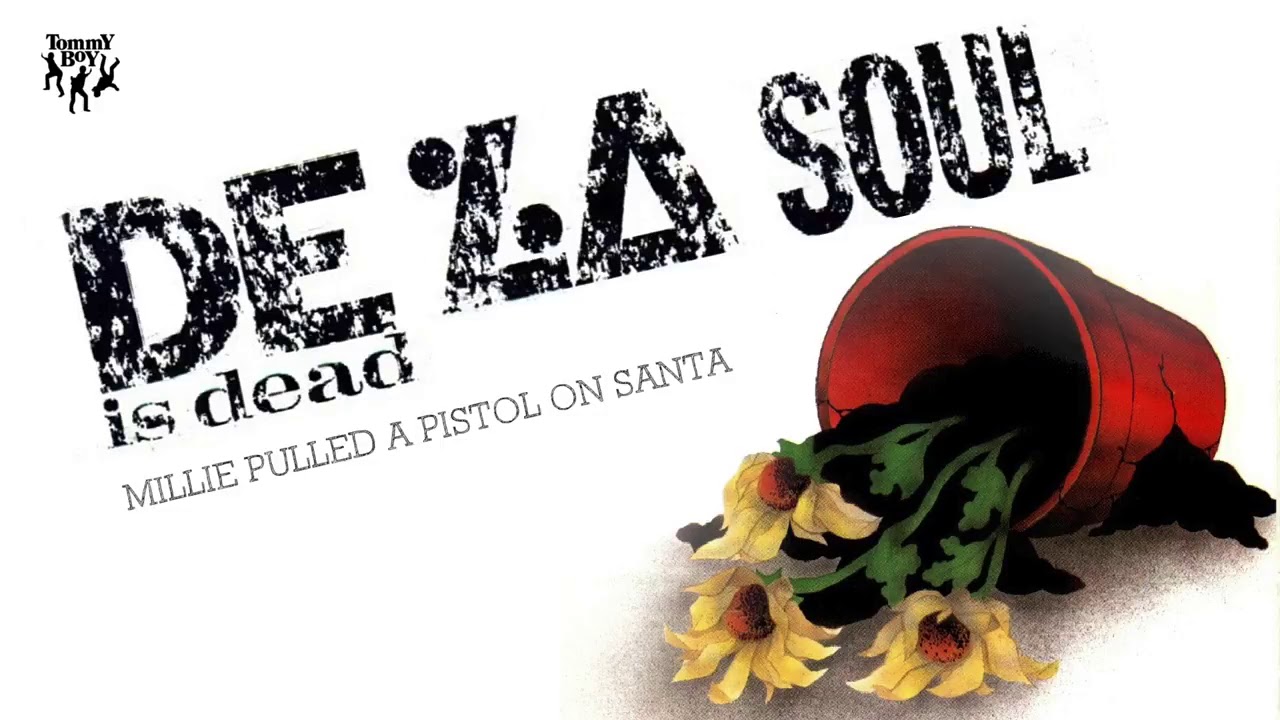 Buhloone Mindstate might be their understated peak. Psychedelic, layered, dense, afrocentric. A commercial flop. Still underrated, and influential in the kind of stream of conscious hip hop that still looms large in underground circles. It’s an album to get lost in, and one I never get bored of. The definition of a grower and still growing with every listen. 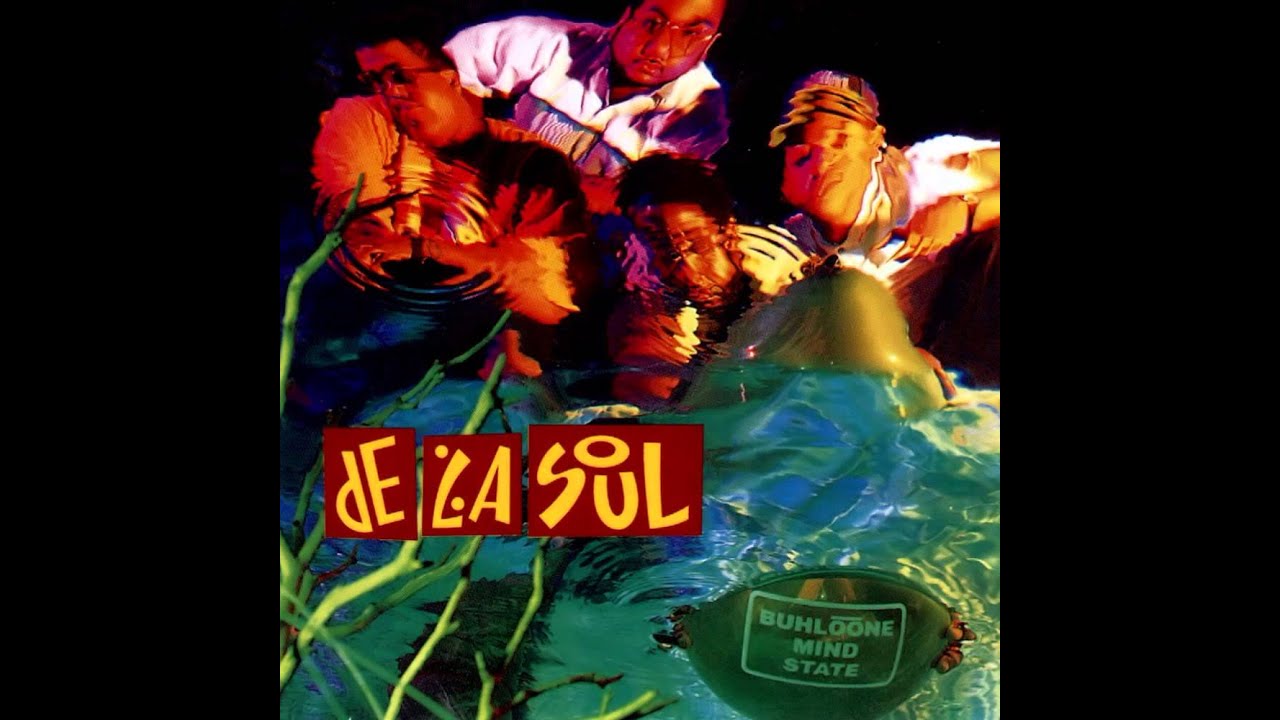 BM left them pretty far off centre in terms of where rap was in the mid 90s. From being constant outliers, Stakes is High plants them more firmly in the rap landscape of the time. It’s not whacky, it’s not psychedelic. Wearied by the industry and the commercialism of hip hop, it’s their first serious rap album. And proof, if it was needed, they could do it as well as anyone, fitting in well with the sounds of emerging underground stars like The Roots and Common who were providing an alternative to the shiny suit era. 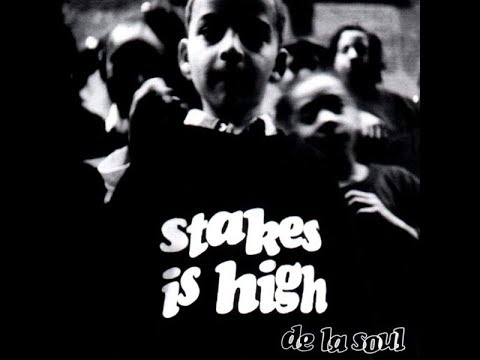 The early-2000s are kinda a low point in their career, but I dig the Artofficial Intelligence albums, particularly the second which is a bit more fun and more varied. Supposedly a trilogy, that only ever got two instalments due to label issues, they’re full of De La just being De La and trying a load of different things out. Can make a great single album of the two… 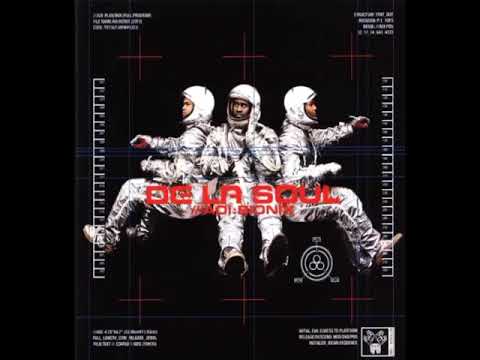 And The Grind Date was a big comeback, one of my favourites of them, and pretty much the only 80s rap artists who felt at home in the mid-2000s underground rap scene, working with the likes of Madlib, J Dilla, DOOM, Ghostface, and sounding great alongside them. 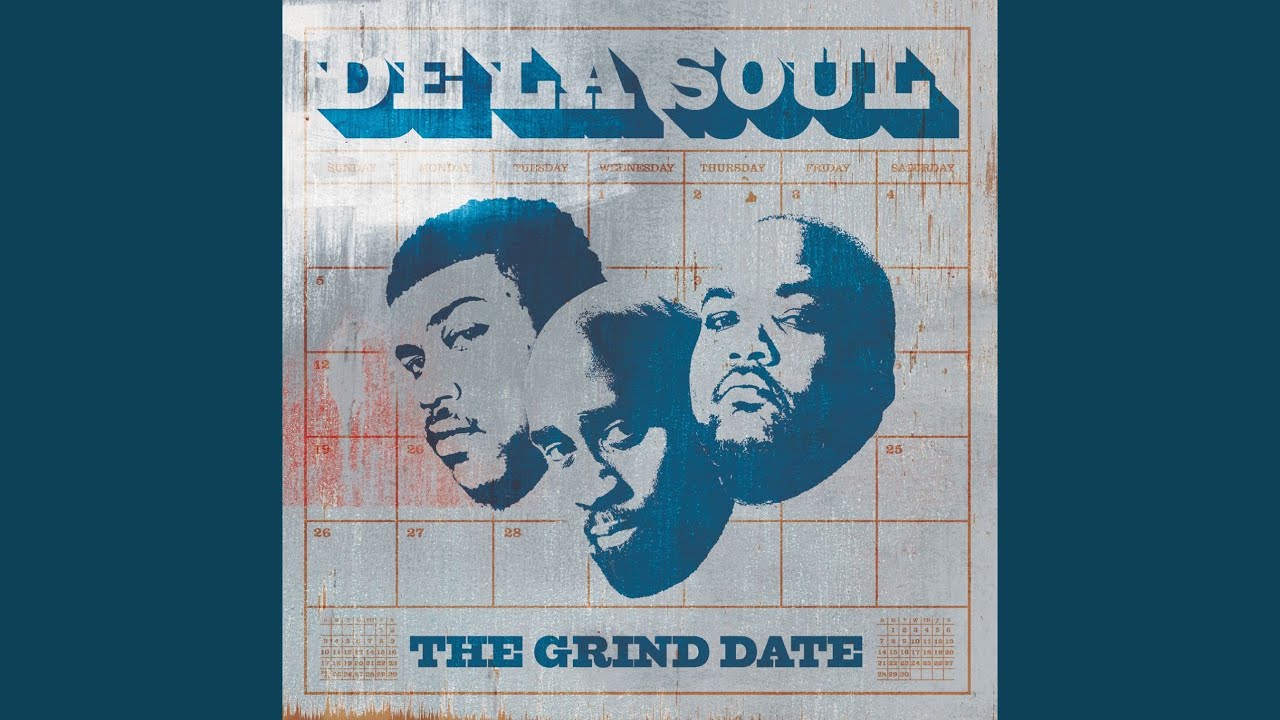 And then… Not a lot from the guys. Given how fresh they were sounding in 2004, I’m sad we didn’t get more work with the scene at the time. And their legacy has kinda been tarnished by their music not being available. I helped crowdfund and the Anonymous Nobody but it never quite clicked with me. The live sound feels like a reaction to their sampling issues, but I’m not sure they capture the energy of their best stuff. Still, it has its moments and is a nice listen too. 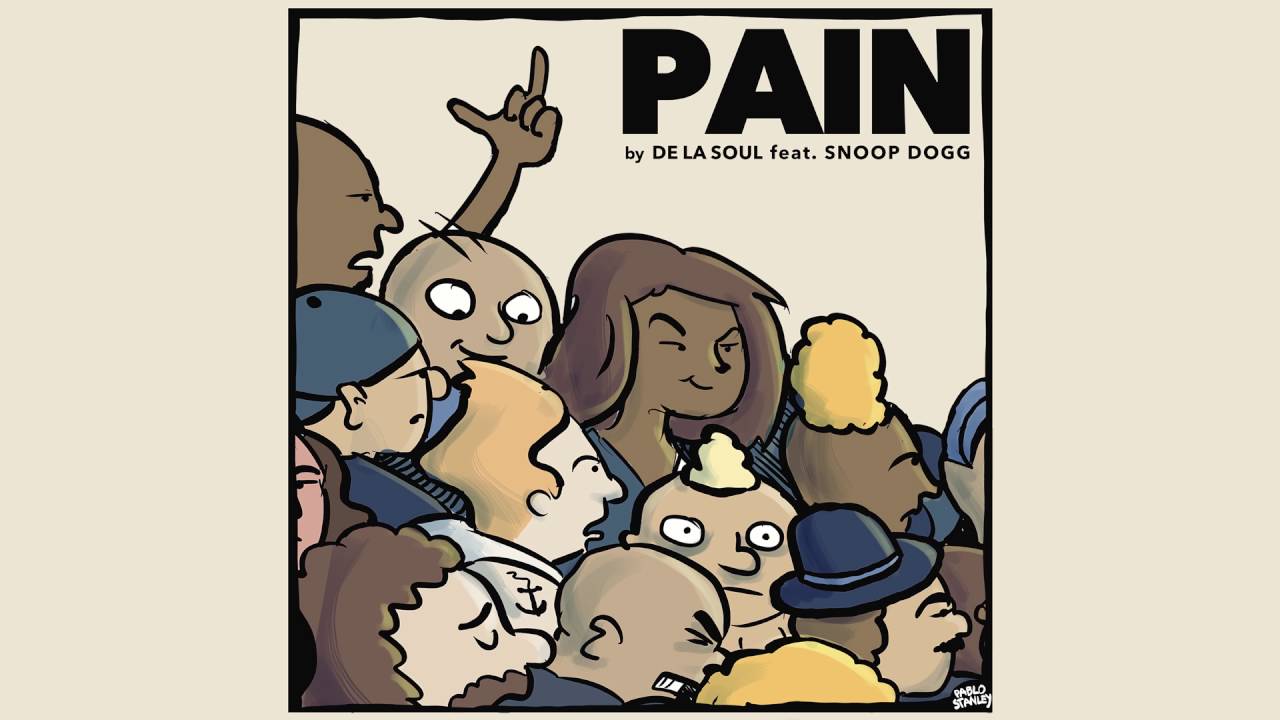 I’m gutted their career kinda stalled, because they’re a really rare group (the only one?) from the 80s who I believe could still be making great, distinctive music now. I really love them, and owe so much of my love of music down to them. Glad they’re still performing at least, and have always had great fun at their shows. More than just a rap group, artists, outsiders, oddballs, visionaries. They have a unique place in rap music and deserve a 5/5.