🎵 How Good Are They Really 🎵 Deerhunter Not really much to go on in the way of singles so just albums today;

I’ve only ever listened to Microcastle after a bandmate recommended it, but it’s such a great record. Could listen to Agoraphobia every day I reckon, and the extended jam at the end of Nothing Ever Happened is so damn good.

Oohhh… On my list of “like what I’ve heard and never got around to investigating properly”. Got a day of coding and writing papers ahead so plenty of headphone time. What’s the best starting point?

I really got into deerhunter a few years ago, but now I can’t remember a single thing. So dunno

Seriously: Cryptograms, Fluorescent Grey, Microcastle, Weird Era Cont., Rainwater Cassette Exchange, Halcyon Digest all released in a 3 year time frame. Each one flawless. Never known a band to be so productive and exciting all at the same time in my lifetime.

This one goes out to my best pal. We came across Deerhunter from either a surf or a skate video as teenagers and they were everything to us, but they were our band. We knew those release above like the backs of our hands.

2013 rolls around. Deerhunter ATP. We’re both unbelievably skint. We can’t afford tickets as they go on sale but we keep an eye on cut-price spares. I managed to wangle one for £100 and hop on the coach from London, he wasn’t so fortunate and was also down in Cornwall so didn’t have the luxury of being able to wait til last minute.

Here’s me, meeting up with loads of strangers, just turned 20 and terrified. That weekend was so formative for me - the music I was surrounded with, turning round and seeing Bradford, or Kim Deal and Kim Gordon chatting together, hanging out with my new pals. And Deerhunter headlined all 3 nights, playing each of those releases I listed, bar Weird Era Cont, in full. It kills me that we never got to spend that weekend together, it’s so bittersweet. I phoned him up during He Would Have Laughed and we both had a massive cry down the phone. (Actually ended up bunking with loads of physicists, invited one of them to come give a seminar at my research group some 5 years later - funny)

We finally saw Deerhunter together in Paris in 2015 and it was full on garage rock, sweat on, classic DH. However the second time we saw them together, at EOTR in 2019, was much more laid back in the main - pure arms in the air, teenage catharsis, hugging and blubbing, really beautiful.

Haven’t even spoken about the music. Doesn’t even matter. Love em so much for bonding two weirdo 16 year olds to be best pals and giving us something we could have as ours. 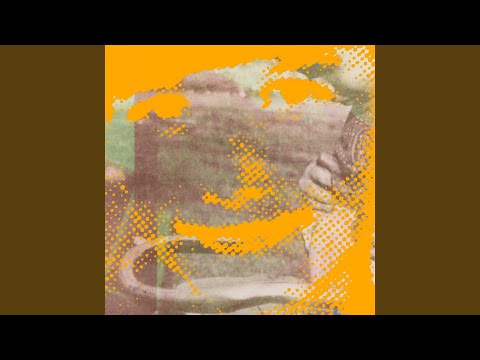 Also @Kallgeese get your ass back in here boyo 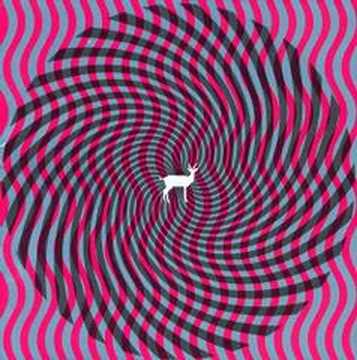 A perfect 5. The best guitar band since the 90s and quite possibly ever. Each release perfectly conceived and formed. Noisy and beautiful and abrasive and messy and gentle and intricate all at once. Each album distinct from the next but always resolutely Deerhunter.

They had all the charisma and myth making that was laser guided to hook me in when I was 17. This outspoken weirdo genius songwriter frontman, prolific output of official releases and endless online demos, leaked their own secret album by mistake. The second songwriter in Lockett Pundt who was somehow even more talented than the main one.

The ‘live show as a religious experience’ is a cliche but it rings true for them. I’m often moved to tears watching them, just completely enthralled. Even though they’re such a tight and professional band now (Bradford occasional rants aside), they still sound so expansive and encompassing. It’s like being in a big swirling embrace.

Anyway, if there’s any doubt how much I like this band, here’s my Cryptograms tattoo: My old band Spoilers was partially formed at that ATP

That three year period that @Tuna mentions was incredible. So much brilliant stuff. And I think I saw them live about five times during that time, and they ripped it up every single time. I remember being transfixed by each one of them in turn - they all had such incredible stage presence. Josh especially - he was the absolute coolest musician I’d ever seen live. I didn’t know much about him or the reasons for him leaving the band, but it was a sad day when he died.

First time I saw them was at Pitchfork Festival in Chicago in 2007. Bradford was wearing a dress and - I think - was performing with a little puppet. I’d heard of them before, but hadn’t given them a go. I was properly intrigued so checked them out when I got home. Took a while for Cryptograms to click, but it was well worth it when it did!

Favourite gig was when they played with Liars at Club Academy in Manchester, around Microcastle I think. So sweaty and noisy and loads of fun. And then Bradford was manning the merch table and was just the absolute nicest rock star I’ve ever met.

My favourite is Microcastle, but I could easily have picked Cryptograms or Halcyon Digest. Microcastle feels like it perfectly straddles the atmosphere of Cryptograms with the hooks of HD. They’ve tailed off a little since then, but only because that run was so good, and they still knock out some absolute bangers across all their albums.

It’s a five from me for those three albums and all those memories of brilliant gigs.

Gone for a 2 as the aggregate for all those animal adjacent American blog bands of the 00s (Deerhunter, Deerhoof, Panda Bros, Grizzly Bear, Antlers, Animal Collective, etc) who have all merged into one in my very faded memory.

One of those bands for me where its so frustrating that I don’t get it. I really want to hear what the people who love them hear. Always just found it a bit dull. Tried very hard with Microcastle and Halcyon Digest when they came out but despite a few cool moments, didn’t do much for me.

I did however really like that Atlas Sound album Logos, some lovely little songs on that.

4 from me. Like them a lot but somehow fall short of a 5.