Sabbath score over 4 after a great thread: 5/5 to balance the haters

I actually have no real opinion tbh. Good singles

As an over-serious, know-nothing early teen I had a bit of a soft spot for some of the portentous and pretentious early stuff (Telegraph Road and Private Investigations from Love Over Gold in particular). As I became increasingly aware that other music existed and was available to listen to I quickly put that behind me. I haven’t deliberately listened to one of their records for nearly 40 years.

A 2 though, because although a lot of their music is bad, most of the time they are not offensively awful. Accidentally voted for Tunnel of Love (which I don’t think I have ever heard) because my finger is too fat. Meant to vote for Private Investigations.

The guy has genuine technique on guitar. Very few have their own style such as him.

Tbh only know the one stone cold classic album and greatest hits.

Also says a naughty word in a song.

Also says a naughty word in a song

An interesting one, this. Always heard that as him referring to slurs he’d been called in the past and using it to turn the tables:

Whether that makes it any better to use it at all, I’m not sure.

Brother’s in arms is a great song that needs a stronger solo in it.
Otherwise, they can get in the bin.

I know nothing about Dire Straits apart from this

My 91 year old grandma has Brothers in Arms on cd (I think it’s a north-eastern pride thing; she also owns a Jimmy Nail album). She puts it on every time I’m there, and has done since I was young. I used to love this song when I was about 10. It is, however, almost comically bad. 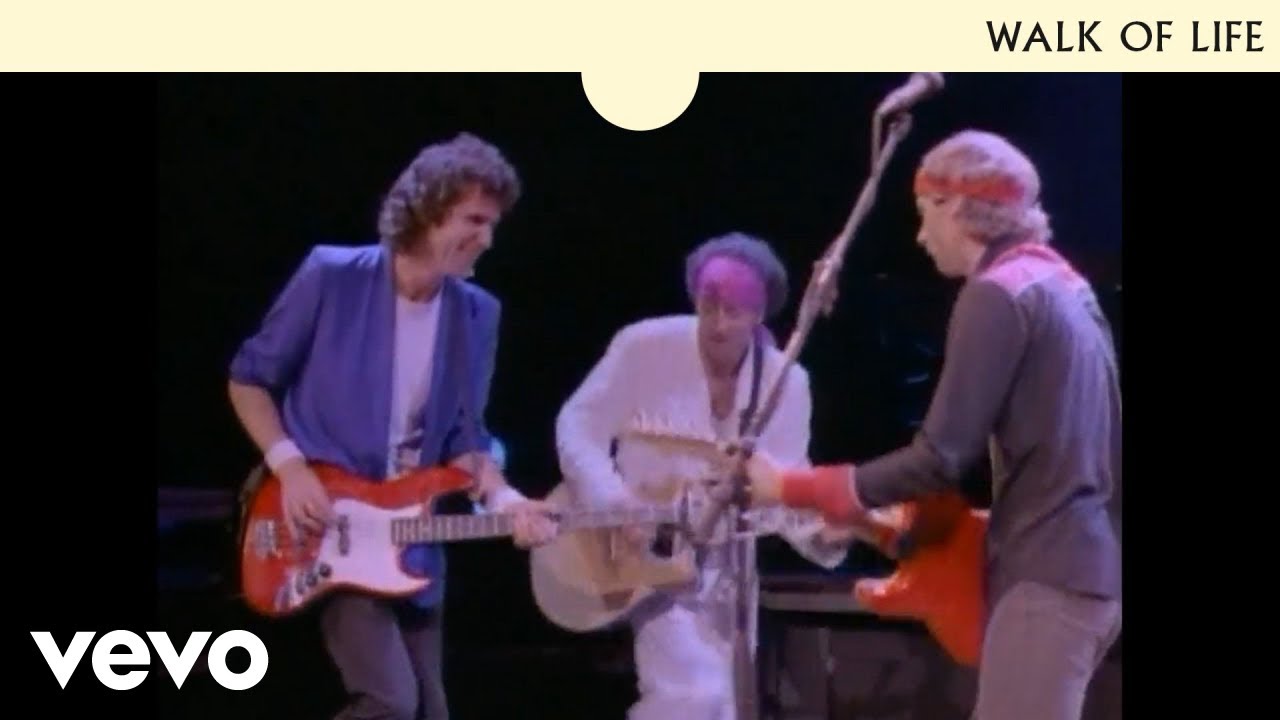 Have a big soft spot for them.

A real ‘best of’ band for me where I really like a few singles (Romeo And Juliet, Private Investigations, Sultans of Swing mainly) but everything I’ve heard outside of that bores me to tears. The intro to Walk Of Life actively knocks me sick. But Romeo And Juliet is genuinely one of my favourite songs, largely due to a lot of drunken singalongs from my days working in pubs. 3 I think.

The intro to Walk Of Life actively knocks me sick.

That song is heinous

Dreadful at their worst and just a shrug of nothingness for them at their best.

But I get why people like them and even why they might be a favourite band. The songs I’ve heard are a sort of Top Gear Bruce Spriingsteen; dad rock (or grandad at this point) in a real sense and I think that’s fine because why shouldn’t (gran)dad’s listen to music.

I’ve given them a 2 because I used to enjoy Brothers In Arms as a kid, the title song was used as the theme of a drama I used to really enjoy (Civvies) and Sultans Of Swing is a jam.

I don’t know much else by them really. A lot of that singles list seems a little alien to me, which is odd considering my age. But really, they’re pretty fucking boring really aren’t they?

Yeah, for sure upon reading it back now it’s a big fuck you to the haters. At the time 9 year old me just thought