🎵 How Good Are They Really 🎵 Drake

If you’re reading this, then you’re exactly on time!

KISS take their place on the bottom 3:

Drake has released 139 singles, so here’s an album poll

My first impression of Drake was “The square root of 69 is 8 something / I’ve been trying to work it out / owwwww”. Could never get beyond that

Take Care, Nothing Was The Same, and If You’re Reading This… are all excellent albums. Appreciate he’s released a lot of trash around those three, but it’s a 4 for me ok the strength of them and the time I saw him live.

I’ve heard the Sufjan version of Cellphone. That’s all I can contribute to a Drake thread.

I’m really not a Drake fan but this lyric is sort of fine (but definitely not great) in the context of the verse:

I heard you good with them soft lips
Yeah, you know, word of mouth
The square root of sixty-nine is eight somethin’, right?

Only really heard him as a feature on Kendrick Lamar and Rihanna records which are good tracks but can’t really remember what he does on them or what his voice sounds like. Never thought about investigating his own stuff as he is one of those names you see so often I assume there is no quality control (see also Ed Sheeran, Calvin Harris). I have seen the meme though.

Would be interested in checking out a few tracks of anyone wants to recommend bangers in lieu of a singles poll.

Never heard a note of his music.

One of those artists where his popularity and acclaim is genuinely baffling.

I guess the sheer level of success has meant that his sound has almost come to define a whole segment of pop over the last 10-15 years but I’ve no idea if he created that sound or is simply the most consistently successful artist in churning generic product out of the door. He seems to have become too big to fail - no matter how awful/bland/generic his latest release is the vast success that inevitably follows creates the narrative that it is tapping into the zeitgeist and I don’t think there is really much critical backlash as the vast success makes criticism irrelevant.

A few years back I would hear his stuff a lot simply because I used to go for coffee in bars that would play pop music in the background and it clicked with me that Drake is essentially Mantovani for the autotune generation - if you have grown up with pop based on and defined by heavily processed vocals and nothing else (which has been the dominant sound in pop for an age now) his stuff is just kind of bland generic easy listening pop. It is just a kind of generic sound for malls and elevators and the gym and hold musak.

Great for that one amazing meme template but y’know also 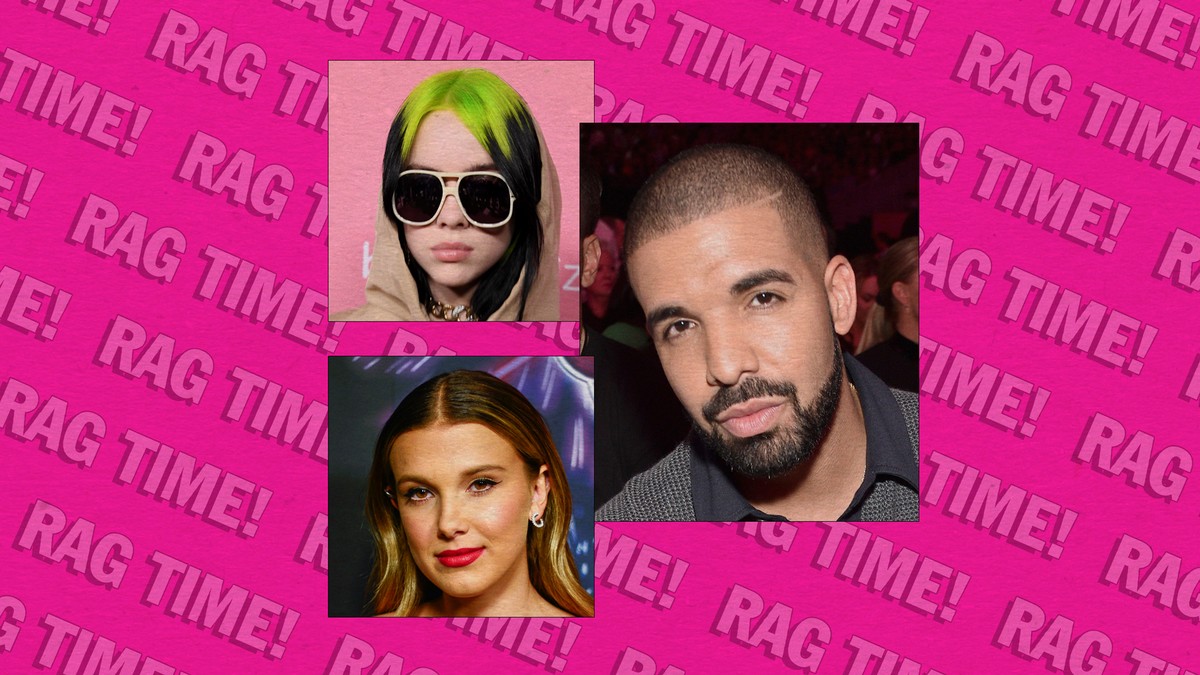 What's Up With Drake Texting Teens?

Both 17-year-old Billie Eilish and 15-year-old Millie Bobby Brown have said they text with the 33-year-old rapper. What are we to make of this?

What I’ve heard of his music isn’t my thing but don’t know enough to vote.

The Motto - enjoyably bad, happy memories of my bad ex introducing me to it (to make fun of) the first night we made out

Hotline Bling - iconic, kind of an earworm, not very good though

Guest on Rihanna’s Work - worst part of the song

Very poor legacy for someone who’s released as many songs and sold as many records as he has. 1/5

Seemed really nice in his Nardwaur interview, so gonna bump him up to a two.

That Lauryn Hill sampled track is alright and he sampled BTSTU. Apart from that not for me.

So so so so so dull. I’m trying to think of something positive to say about him, but all I’ve got is that the shade of blue on the cover of Nothing Was The Same is quite nice

He will get slated on here but he makes really good pop music. He’s particularly good at writing hooks which is why he’s been so successful and a few of his albums, Take Care in particular are actually really good.

I like Poundcake, Hold On We’re Going Home, God’s Plan and Take Care