🎵 How Good Are They Really 🎵 Ed Sheeran

MBV go in level with Doom, The Knife and Sufjan:

And without further ado… Only know that Shape Of You song and it’s total shit. He was also really shit in that shitty Yesterday film. I think he’s shit. 1

I shall be scoring Ed a 2, because those acoustic ballads he does that are designed to be wedding first dances and go over montages in teen dramas are incredibly well-executed and actually not that bad. When he tries to do hip hop or anything upbeat though it all falls apart and is utter garbage. Also has possibly the smuggest face in music. I’m feeling generous though and my wife really likes him, so 2 it is.

Really like Lego House and Thinking Out Loud. Don’t know if that’s enough to elevate him to a 2 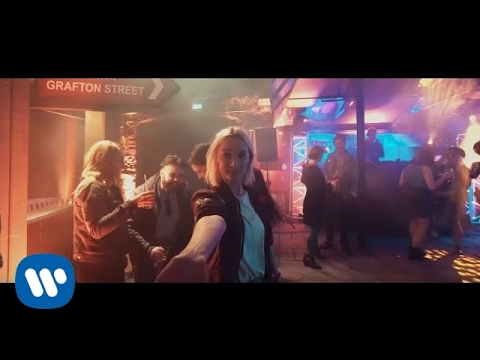 Yeah there’s really no defending this one.

You know what, it’s very easy to sneer at Ed Sheeran. It’s very easy to make lofty pronouncements about him and enjoy mocking someone that the rest of the world takes such pleasure in.

I cannot stand his music. It’s like it’s been genetically engineered to be the exact opposite of everything I like and enjoy. Weak voice, really mechanical songwriting and production, and truly some of the worst lyrics in modern music.

Clearly he’s on to something though because he’s sold 26 million albums and I’ve sold about 26.

My most hated song in the world. An absolute abomination on everyone who has heard it and a plague on the houses of everyone involved with it.

The main problem is the entire “I don’t need a band and I didn’t go to University, I was homeless” interview he did with, maybe, Time someone will probably find it, it was just weird.

Obvs 1 if I could I’d minus him into the Sun.

Accidentally made him throw up in a bush at Hannah’s birthday party. 1.

Seems like a nice guy. Ballads inoffensive pap. Don’t understand why he’s somehow the face of UK hip hop or whatever and don’t plan to investigate. Altogether a shrug and a one… except, Castle on a Hill is a fucking banger, so a two for that.

Laura Snapes’ review of ÷ for Pitchfork is by far the best thing I’ve ever read on Ed, it articulated why I dislike him so much far better than I ever could.

Ed Sheeran sells trite innocence by the pound. He uses bland wisdom and unimaginative music to ponder the basic good and bad in people around him, without once looking inward.

He can obviously write a tune (once you’ve heard that little calypso melody from Shape of You once you’re never going to forget it), the stuff he does with a delay pedal is clever if not original and nice though it would be to chalk his success up to canny marketing and craven opportunism he’s clearly where he is due to talent first and foremost.

That said I find him and the persona he’s built for himself in his music and in public to be deeply, deeply sinister. His musical message seems alternate between “of course you chose him, I am but a poor boy with a guitar and a song in his heart” and “now I’m really successful I bet you wish you hadn’t rejected me”. Neither is a new attitude in music but he’s made an absolute fortune slathering on a nice guy veneer and repackaging some deeply creepy shit for a new generation. Other people have written this same stuff far more succinctly and eloquently than I ever could but once you’ve heard it you realise how pervasive this attitude is through his music.

In the nice guy world, the object of affection, usually a woman, but sometimes, as in hit songs by Paramore or Taylor Swift, a dude, isn’t really a person. They’re a prize that the narrator thinks they’ve already won for being such a swell person and not like the rest of the jerks.

The Problem With Ed Sheeran And "Nice Guys" Like Him

He also wrote the lyric “up and coming like I’m fucking in an elevator”, which even without the stuff above would stick him squarely on the train to onesville. Shit music, creepy little man. 1/5.

It’s crazy how successful he’s become by sounding like the JCB Song and how popular that divide album was although it feels like his popularity has peaked a little now. I agree about his persona being very calculated although I think it could be more his management than him.

Feel like he’s the last great joke of the patriarchal establishment in pop music. With pure pop becoming more and more culturally, ethically and gender diverse, and all the better for it, it’s as if someone said, let’s make the whitest, blandest, most nondescript British pub singer on the planet its biggest star. Just to show em. Just cos we can. Fuck it, let’s call him an “urban music” star. We’ll call him one of black music’s biggest names. And people will buy it. They always buy it. We have found the lowest common denominator. The lowest common denominator is Ed Sheeran. Playing at bars all over the world, in-between regaeton, trap, South African house, there’s this fucking guy. Everywhere. Just him and a guitar and a loop pedal and he’ll spew out egregious shit wherever he goes, chasing numbers and sales and the bottom line with every calculated move and fucking nursery rhyme melody. It’s a joke right, it has to be be a joke?