Seems like everyone mutes loads more threads than i do

cry when people dont like your favourite band but happy to stick the boot into others is it.

bunch of blue ticks on here

Yeah, every time I’ve heard his radio show I haven’t enjoyed it. It’s got a very “hey guys, have you heard of this genre called…the blues?” vibe.

to me they all just seem a bit too nice and warm on that station, everything is described in sycophantic terms. It’s a shame because sometimes I’ve heard them play some good tunes but I can feel them smiling and nodding at me whilst playing it

Here is one of the tracks i recorded

They can be brilliant - Powder Blue, Grace Under Pressure and One Day Like This. Their first few albums were pretty good - Cast of Thousands is the one I remember most fondly. But since build a rocket I’ve found them unbelievably shit and have lost interest.

One Day Like This is so fucking joyous that no matter how much it gets adopted into the mainstream it hasn’t lost its magic.

Surprised Newborn is the current favourite - it always felt like a low point in the album for me.

to me they all just seem a bit too nice and warm on that station, everything is described in sycophantic terms. It’s a shame because sometimes I’ve heard them play some good tunes but I can feel them smiling and nodding at me whilst playing it

It’s got to be better than Xfm

This is one of those songs that I can’t listen to without welling up. Just so lovely.

Surprised Newborn is the current favourite - it always felt like a low point in the album for me.

But Elbow are my coming of age band. Getting seriously into music, getting dumped for the first time, leaving my friends and family by leaving home, going to university, working abroad, getting up at 4am for work for years on end, being single for a long time. All of that has been soundtracked by this band.

I think pretty much of all of their songs are intrinsically linked to memories, both significant and insignifcant, in my mind. Stupid things like “What’s the fascination with lovers at the station? You have to give yourself a break,” when walking out the train station after getting dumped listening to "‘Not A Job’. Driving back up to university in Sheffield with my Dad falling for the verse “But all this an imagined affair, while sitting in a bar spilling in a bar. I drink until the doorman is a Christmas tree and my speech is just a gas leak” while listening to ‘An Imagined Affair’.

Added to that, I am a hopeless romantic. I cannot begin to tell you the amount of times that I’ve wished I was in a relationship again and that some of their lyrics truly portrayed the way I felt about someone. The verse of “The silence and the waiting and the rush of all aboard. Fifty souls to a carriage I’m trying hard to be ignored. Then my telephone shakes into life and I see your name and the wheat fields explode into gold either side of the train.” from Kindling. Starlings is one of my favourite songs of all-time - “At the top is stopping by your place of work and acting like I haven’t dreamed of you and I and marriage in an orange grove. You are the only thing in any room you’re ever in, I’m stubborn, selfish and too old.” Imagine being able to feel that way and having that unrequited love for someone ffs.

I’m not going to link to songs but rather two live performances. Glastonbury 2011 is just one of those perfect occasions where all the right circumstances came together in that one perfect moment. It was our last summer together as mates at home before leaving for university, the weather had massively improved with the sun starting to set on a cool afternoon and then they came on stage and played this beautiful set. Not the songs I would pick them to play but I wouldn’t change that moment in time for the world. 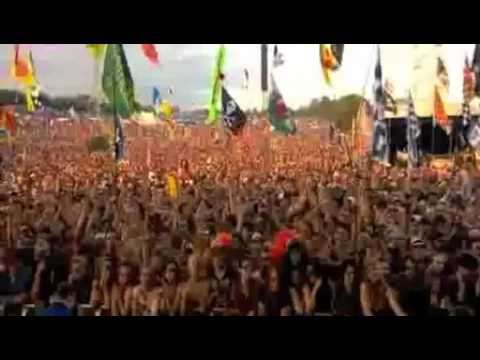 And Manchester Apollo in 2015 is probably one of my all-time favourite gigs. The Take Off and Landing of Everything came out while I was volunteering in Spain and it soundtracked the best five months of my life. I did not stop crying throughout this gig hearing those songs and getting the chance to experience some of their older matieral. This concert holds a special place in my heart.

Sadly I think they’ve become a bit of a caricature of themselves live so I probably wouldn’t see them again unless they were playing the albums in full. On that basis, I’m giving them a 4 but I’m just grateful to have a platform to say how much their music has meant to me.

Not a Job stripped back is equally as beautiful.

Yeah, The Birds is amazing. Equally uplifting and devastating.
I’m so glad Twinkletoes has already mentioned it

The last time I saw them live was just after One Day Like This was released. Either as a single or on the album, can’t remember but it was only a matter of weeks that it had been out. This proper naughty geeza near me kept shouting “throw your curtains! Throw your curtains!” in between each song. It was a bit wearing

Love that line so much. It encapsulates the way love brightens up the mundane.

I quite liked Asleep In The Back when it came out, but quickly lost interest. Did they do anything else like Bitten By The Tail Fly?

Always thought that and Any Day Now hinted at a much more interesting band than the one they seemed to become.

Potter just seems extremely dim really. I mean what can you do, Garvey could kick him out? But imagine how that would be painted by the ‘we’re being silenced, derp’ crowd…it’d probably turn Potter into a known figure rather than a complete no-mark.