🎵 How Good Are They Really 🎵 Faithless

Make your way to the refrigerator…

Today’s subject will be:

From the Forever Faithless compilation:

Love a couple of their tracks. Enjoyed their 90s records
Probs a 3

Bring My Family Back is a masterpiece

Had one of their albums when I was at uni and rinsed it. Gone for a 3 for the memories and because they seem like good eggs.

That couplet “making mad love to my girl on the heath / tearing off tights with my teeth” is properly cringey though.

First saw them play God Is A DJ on Jools with my Dad. We both loved it and he bought us tickets to see them at the Cambridge Junction. I was 15, and when he bought me a can of Red Stripe it was the best thing in the world.

Absolutely rinsed the first two albums, especially Sunday 8pm, during marathon Championship Manager sessions. A few years later I vividly remember listening to the record one of the first times I tried ecstasy with one of my best mates, an absolutely joyous occasion.

Had the chance to meet Maxi a few years back as another one of my mates works with his next door neighbour and they were going to see him DJ somewhere in South London after a T20 game at the Oval, but had to pass up the opportunity as my partner didn’t fancy going on to a club. Still regret not twisting her arm!

5 as they are tied up with so many formational and happy memories, despite everything after the first two albums being very wishy washy.

Weird to say given how big they were, but I’d borderline argue Faithless don’t exist. Today’s probably the first time I’ve thought about them or heard anyone talk about them for over a decade.

Bought a greatest hits of theirs once when I was in a “I should broaden my tastes” kind of stage, never really got into it but it was solid enough. Probably a 3.

Will Dido be getting her own thread it should we discuss her here as an associated act?

Enjoyed the first two albums at the time, but I was put off them after going to see them live. I was expecting / hoping for full on hands in the air euphoria, but it was pretty dull and ploddy. Also partially responsible for Dido. Massasaybe a three on the strength of those early records, but I’d have to be feeling extremely generous.

Liked the first album well enough - saw them tour it at Brixton Academy and it was a decent show. Bought the second album and found it similar but not as good, so pretty much gave up listening.

Fast forward a few years and I was at Glastonbury in 2002. Spiritualized were playing The Other Stage so I dutifully rocked up to see them. As is so often the case with Spiritualized, they were dull as fuck. Battled through a few songs before deciding to give up and go check out the main stage. Arrived at the Pyramid field to find it absolutely going off - Faithless were midway through Salva Mea and the entire crowd were going wild. Is probably one of the best performances I’ve seen at Glastonbury - when I got back to work on the Tuesday one of my co-workers who had caught the footage rocked up to me and enquired ‘Did you see Faithless at Glastonbury - that looked AMAZING!’ They finished up with We Come 1 and God Is A DJ, which are fairly cheesy songs tbh tbf but fitted the mood perfectly: 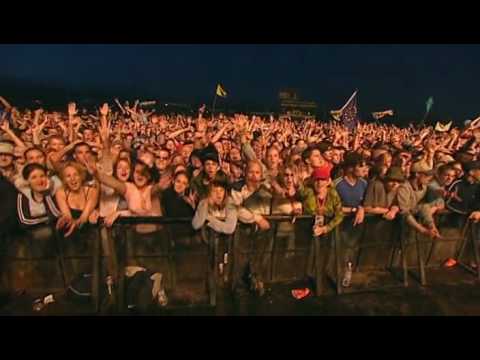 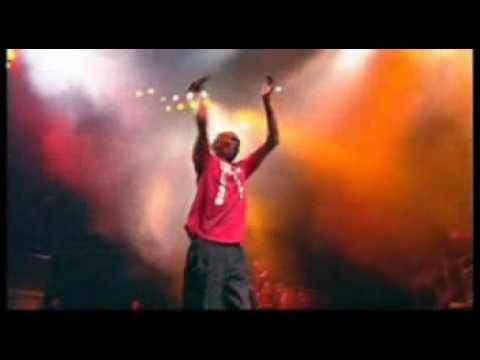 For that memory, going with a 4

Seem like perfectly competent purveyors of that sort of big room sound but I can’t imagine ever wanting to sit through a whole album of it.

I forced my friends to see Spiritualized that year, stayed to the end, was proper dull. Then afterwards we headed to the pyramid stage, bumped into a load of people who’d just seen Faithless, it was like they’d had a religious experience, actual euphoria. I’ve never been forgiven. For that, a 1.

Never really go into them. Saw them at Glastonbury 2002 and they were fantastic but the albums were always just ok to me.

Quite enjoyed them during an sunny evening slot at an early 00’s V Festival. Perfectly suited that precise moment. Did buy an album off the back of it. Other than that little to no interest in them

3 probably just for that moment in a field in Staffordshire

They can do big euphoric glory as well as anyone but really struggle with the interstitial stuff that you need to make an album work.

5/5 as a singles band
2/5 as an albums band
Never caught them live, sadly (couldn’t swap my on-call shift during their farewell tour)

Probably a 3.5, will round up as I’ve never heard abysmal things about them and the sun is out.

Been going through the classics I liked as a teen. It kinda has all the hallmarks of late 90s / early 00s club dance but with a self-serious sheen. If I’m in a nostalgia mood then I’d go for the over-the-top silliness of someone like Sash over this style.