🎵 How Good Are They Really 🎵 Fatboy Slim

Let’s see what we think of ol’ Quentin then…

Hope Of The States get a middling score: Veers too far into “wacky” too frequently for my tastes (Gangsta Trippin in particular stands out in this regard) but I have a soft spot for a few of the big singles. Saw him “live” a couple of years ago when offered a free ticket and it was fun. Fun is probably the best word for a lot of his music really.

Threw some of the biggest, best parties I’ve ever been to, and I can’t wait to see him next week. One of the soundtracks to my clubbing years, and by all accounts a thoroughly decent bloke

I don’t listen as much as I used to though, so a strong four from me

Middle of the road. Started very well when relatively anonymous, but the old Norman cheese crept in once everyone knew who he was (Rockefeller Skank onwards).

Praise You and Right Here, Right Now have stood the test of time though and sound better now than they did in 1999.

Punk to Funk’s always been my favourite - anyone sampling Keith Mansfield gets my vote.

I got You’ve Come a Long Way Baby for my 10th birthday and it was pure magic.

Not an artist I’d ever put on by choice but would thoroughly enjoy if someone else did.

I wouldn’t know if he started off good or has been doing great records in the last 20 years or so but he had a knack when he was at his most ubiquitous of crafting remarkably irritating singles time after time, I just can’t bear them. It’s nothing personal but I strongly dislike the lot.

Him popping up did make me realise I’d never heard the original untouched by Norman Brimful of Asha though, and I did enjoy that this morning

This reminds me of school discos 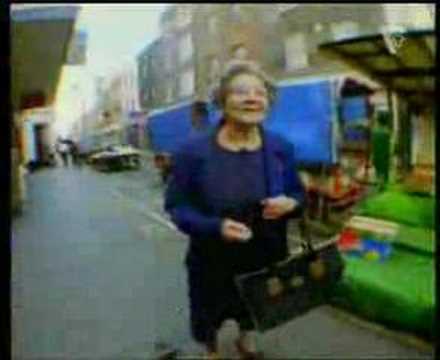 Few people have got the guts to take a beat and question whether it could be bigger in quite the way Fatboy Slim did.

Pretty much everything comes back in dance music after a while so it’s really telling that there’s never been any kind of big beat revival. He’s also responsible (admittedly indirectly) for loads of my real DJ pet hates. Seen so many mediocre DJs in Hawaiian shirts mugging to the crowd as they play their one reggae record or the Ski Sunday music or something and known instantly who their biggest influence is.

Seems like a nice enough man but the world would be a better place without his musical input. The purest of ones.

The videos are quite good though.

There’s at least 6 or so FBS songs that I think are genuinely great but it gets so turgid over the course of an album I can’t really go above a 2.

I would have him 0 if possible. The worst DJ I’ve ever seen and his “jape” of starting Born Slippy and mixing in something else was fucking annoying the first time I saw him do it. Seeing him do it 8 years later as I walked past a stage he was playing made me want to stab up his decks with a screwdriver.

I’ve just remembered the year I was camping back stage at Glastonbury, he and his mates kept us awake singing Vindaloo.

He seems like a nice guy but he can get fucked at the same time.

In reality, i’d probably give him a strong 2. His 2nd and 3rd albums were big for me growing up, but re-listened to them a little while back and they didn’t really hold up. A few good tracks here and there (definitely not the singles, which were played to death and used in nearly every advert since), but none that i’d voluntarily listen to now.