🎵 How Good Are They Really 🎵 Flying Lotus

Will the world laugh with or at…

And your thread for Monday; There would definitely been a time where I’d given him a 4 or 5 but with each ralease he puts out I just seem to care less about him.

3/5 Cosmogramma and LA are both classics though

Man’s a modern genius. Hasn’t put a foot wrong yet and Cosmogramma is one of my all time dogs. His live shows are great - getting Thundercat out and playing some live bass then rapping King Kunta at Glastonbury was just

Hat tip to Captain Murphy too

He seemed so exciting around 1983 and reset, and was with him up until cosmo but had lost interest by UTQC. Usually bang up for some jazz oddyseying but it got kinda boring after a while. 3 overall but he has some incredible moments.

Read a really interesting cover story about him in the Wire, seemed like someone with a different way of thinking about music and a lot if really interesting ideas about music. Bought Until the Quiet Comes off the back of it and thought it was utterly terrible so haven’t investigated further. Think I heard something I liked by him somewhere that might bump him up to a 2, but then I also hold him responsible for inflicting Thundercat on the world which secures his 1.

Been meaning to listen properly but obvs good on him for founding Brainfeeder, great label

One of my favourite artists of recent times. Love everything he’s done. (Flamagra is a bit of a dip but still some great stuff in there). Perfect music for just wandering around with headphones or travelling on trains, planes etc. Often use his music to get over flying nerves. Love Corroded, it actually sounds like the sensation of flying. Los Angeles and Cosmogramma get all the praise (fair) but I think Until The Quiet Comes is an underrated masterpiece.

Wish I’d seen him amongst a more up for it crowd but it was still great. Mind bending visuals. Brought out Thundercat as well.

Had a bit of a dick moment sticking up for Gaslamp Killer though didn’t he? Not sure if he ever walked back on that.

Apparently he supplied a truck load of beats to Kendrick Lamar which have never been used. Think of the potential!. I also completely fell for his April fool joke a few years ago saying he had done a ‘Flying DOOM’ album with MF DOOM. Got a bit too excited about that.

Saw him at Glastonbury on a Sunday night and he was great, saw him a few years later at Porto and he was rubbish. Could never get into his albums, so even though he no way deserves to get the same score as someone like Pearl Jam…
It’s a 1.

Last album was shite and putting You’re Dead over two LPs was an indulgent disgrace. Seeing him with Thundercat in Vicar Street in 2015 is still up there with one of the best live experiences I’ve ever seen though.

Really feels like an artist whose time has come and gone. Can’t imagine mustering any excitement for a new album these days. 3/5

If you had asked me in 2010-2014 I would have gone for an easy 5. Adored Cosmogramma, Until The Quiet Comes was a little disappointing initially but only because I loved Cosmogramma so much.

Ten You’re Dead! came out and lost me entirely. Couldn’t get more than a few tracks into Flamagra before getting bored. Very very difficult to put my finger on what is different. There seems to be a very fine line between adventurous / thrilling and indulgent. It could also be that Cosmogramma sounded like nothing else and then to a greater or less extent he has just honed that to diminishing returns.

Probably a 4 for everything before You’re Dead! and the two live shows I caught, which were great (never have I been so happy to have edibles on me as before his triple screen gig)… but I can’t see me being interested in anything else he does from here on.

When we saw him people were sparking up joints in the venue and security did FUCK ALL which tells you something about the atmosphere at it.

It was a weird evening all around actually - I had my cookie at around 8PM before my mate arrived only to find out that the show didn’t start until 11PM. He was a TEFL guy in Brisbane and some of his students were at this horrendous party bar around the corner, so ended up in some DJ-mandated paper aeroplane manufacturing contest with one of his students. It turns out that weapon’s grade edibles aren’t good for origami skills - mine did a weird loop-the-loop and landed behind me.

Then went to see Flying Lotus.

I miss being (relatively) young

Oh man. If this thread was started around the time I saw the Flying Lotus presents Infinity full band show at the ICA this would probably be a dissertation length ramble about how he’s the greatest artist of our time. Unfortunately I’ve progressively disliked everything he’s put out since more and more. He never seems to let his ideas breathe anymore, and I can’t stand the scattergun nature of his more recent stuff. Still listen to each new release in the vague hope I’ll love it, but like a lot of other bands, I’ve probably reached a point where I just don’t need any more of his music in my life.

Still voted 4, because everything through Pattern+Grid World is genius and Brainfeeder has released some incredible music.

I’d be amazed if you didn’t find something to like in Los Angeles. Think you’d really enjoy a lot of his earlier stuff actually

Last album was shite and putting You’re Dead over two LPs was an indulgent disgrace.

Last album wasn’t great but I wouldn’t hold the pressing of you’re dead against him that much. Its the same length as King of Limbs and that also got spread over 4 sides.

Anyway I really like You’re Dead. I think the pop direction and slimmed down length works really well after UTQC, which is also great BTW.

Anyway this is an absolute belter 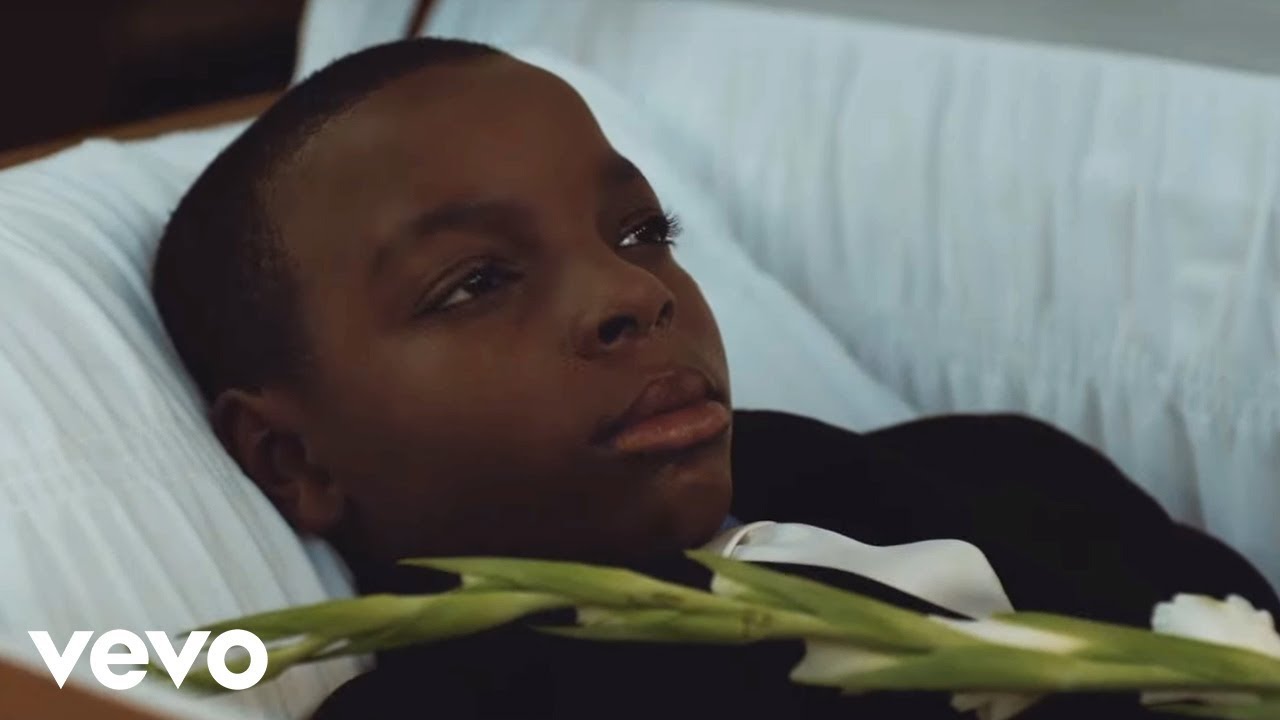 Absolutely loved him when he first came out, his early eps and 1983 were amazing and remember him causing such a splash at the time. Was big with everyone – early dubstep lot in particular were all over him and you’d hear his tunes all over the place. Then he dropped Los Angeles and everyone lost their minds. Still listen to that album all of the time and love it so much. My best friend from home relocated to LA in 2005 and I’ve been out to visit him a few times, but remember this period really well. Him and a lot of his pals were bang into him and the whole Low End Theory / LA Beat Scene stuff and going to Low End Theory around then was amazing. LA had so much going on at that time and felt so exciting and Flying Lotus was right in the middle of all of it. On top of everything else, he’s a brilliant DJ too.

Contrary to just about everyone else in the world, I found Cosmogramma a bit of a let down at the time. Think it was one of those occasions where a record couldn’t possibly live up to the expectations I had for it. Actually took me a long time, but I’ve come around and think it’s brilliant now. Thought that UTQC was a return to form at the time and still love it.

Like a lot of other people seem to, I’ve kind of lost track of him after that album. Don’t really know why. Going to spend today and tomorrow catching up, but even if the latest album turns out to be dire, he’s still getting an easy 5/5 for the good times

King of Limbs and that also got spread over 4 sides.

Absolutely fuck Radiohead too for that. If your album is less than forty five minutes long it can go on a single disc.

I mean I don’t disagree but I hardly think it’s a knockdown criticism of either band tbh. If you’re focusing on the vinyl that much I’d say YD could also gain him points cos the artwork is lush and almost justifies the gatefold on its own and the pressing sounds amazing.