🎵 How Good Are They Really 🎵 Foo Fighters

One last thing before I quit…it’s the Foo Fighters thread!

Biggie and 2Pac take their places And from the Greatest Hits

find them really one-note and boring. they had good music videos at least. 2

Got into them later than I should have. Better than I gave them credit for - Colour and the Shape is an absolute banger of a record. Only thing is that I always just want to stop listening to them and listen to Deftones instead.

It’s a 2.5/5, but rounded down to 2/5. First few albums until One By One are decent enough. But yeah, they’re not my cuppa nowadays. Colour and the Shape is pretty good tbf. Good music vids and a good sense of humour. Not exactly going to choose to listen to them

Needs a 2.5 button to reflect the middle of the road, meat and potatoes, mehness.

A few bangers but pretty boring over all.

Has anyone with more than a couple of albums had 100% of the vote go to one of their releases before?

Willing to go 3/5. Yeah they’re the definition of pedestrian stadium rock these days, but you can’t deny their ability to write a song that can play over a highlights package at the end of a sporting event.

I liked their first album but then again I haven’t played it since the late 90s.

Really like that one song they do that’s quiet on the verses then loud in the chorus.

Reckon Shouty Dave writes the choruses in all caps and the verses in lowercase?

He’s the nicest man in rock, he doesn’t shout

Ooof this is actually a really tough one.

If they’d broken up after There Is Nothing Left To Lose I’d probably rate a 4 but I’m going with a generous 3 because The Colour And The Shape is good and nostalgia.

Easiest 1 ever. Would be a 2 for their couple of good songs, but they lose a further point for repeatedly squandering their abilities to tear it up by choosing to be dull as fuck for three hours a night.

Anyway, it’s either a 2 or 3 from me, not decided yet. Colour And The Shape is great, obviously, and the first one is good too but I find pretty much everything they’ve done after that achingly boring. Saw them a couple of times and they were pretty good without being spectacular. Hmm. 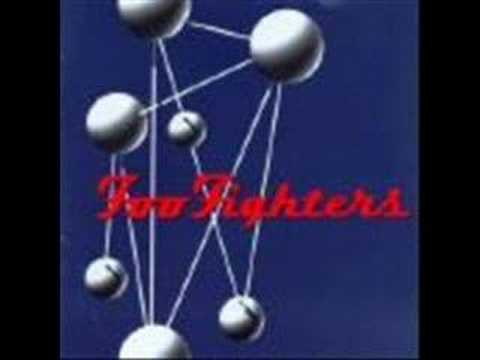