🎵 How Good Are They Really 🎵 Frank Zappa

Fall Out Boy go low after a not entirely pleasant thread:

There are 119 Frank Zappa studio albums. There will be no poll today (unless someone else is really bored)

Tried once when I was about 18 to listen to some of his stuff. Didn’t get on with it at all. Also he was probably a CIA asset. Going to go low unless someone can point me to some decent songs soon.

He’ll get a pasting, so I’ll post this and leave.

An actual musical genius. Naturally with that much output it’ll be a mixed bag, but 5/5 for the highs, the talent, the sheer audacity of it all and the huge influence on popular music.

If you don’t like them it’s not for you, but if you do there’s a wealth of incredible stuff to pour over.

Favourite track is Cosmic Debris, which is basically perfect.

A friend of mine growing up was really into him, but I hated pretty much every single thing I heard. So much show off technical-bore nonsense, all smeared in a blanket of irony and detachment seemingly designed to avoid having to actually ‘mean’ anything and protect from criticism. 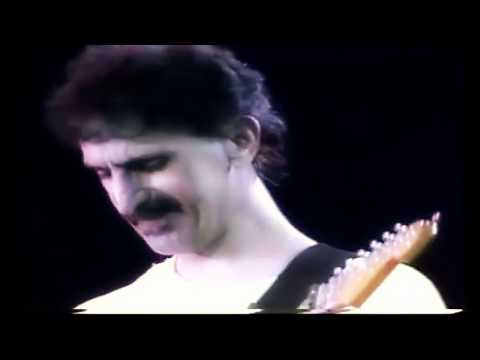 Don’t know why but I thought he’d be right up your street.

I have heard “Weasels Ripped My Flesh” and I think I wanted to like it more than I actually did. File alongside Captain Beefheart in the “I think this is too out there for my tastes” category. Think I’ll go with a 2

Actually the same person as captain beef hart. Only heard trout mask replica and that sucks. 1/5

I’m sure you’ll all be glad to know i’m currently working on my “music for…” post and it will be with you shortly.

I think I like the idea of Zappa more than I like his actual music. I like quite a few of his albums and love when his stuff gets jazzy or psychedelic, but some of his really weird stuff just isn’t that fun to listen to. Not really a fan of his “quirky” stuff either.

But he is responsible for giving Captain Beefheart the artistic freedom to create Trout Mask Replica, so that is almost worth a 5 alone. His fight against the PMRC has to be admired too. I’m probably edging towards a 4 at the moment. If there were half scores, he’d be a 3.5

Think I would enjoy it a lot more if all the wackiness and irony didn’t make it seem so utterly pointless. Might stick a recommended album on today (if anyone actually says anything nice about him) and see what I feel as it has been a long time since I tried.

So many conflicting feelings about Zappa. On one hand he made some great music, some of it with his mate Captain Beefheart (the fiviest of fives for me) but on the other side, man there is a whole load of dross and self indulgent noodling.

The biggest issue I have with him and the thing that always shuts me down is the far too frequent use of the most teenage, puerile toilet humour around. I just don’t get how it can be enjoyed.

The stuff I like, if taken on it’s own, is a high 4, maybe creeping to a 5 but there is so much other stuff that any time I dip a toe in to the uncharted waters, I quickly turn it off again.

Amazingly talented musician, if I’d got up earlier I’d have posted Watermelon In Easter Hay myself because it’s a wonderful piece of music. A bit too prone to noodling but what really puts me off is the misanthropy in his lyrics. There is so much cynicism and sneering* it’s just a chore to listen to. A grudging two.

*so he’s perfect for this place, ba dum tish.

He didn’t write this but what a piece of music 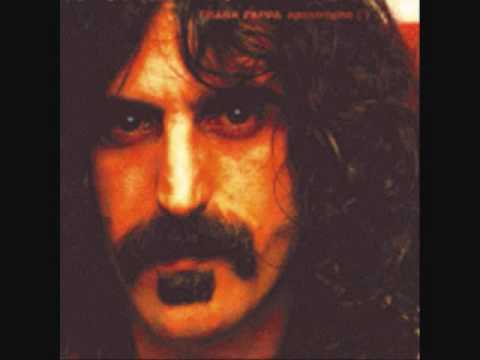 And as @paulo said, he has to be commended for his unfailing commitment to fighting musical censorship, even stepping into the crosshairs for other artists that weren’t brave enough to defend their own music