🎵 How Good Are They Really 🎵 Fuck Buttons

Let’s see if there are any fives in here, yeah?

The Cribs do OK:

Solid solid 4, pushing a 5 if I can be bothered later. Nothing will beat that rush of hearing Street Horrrsing for the first time. Also was nice to see them pop up in the Olympics in 2012. Unexpected place to hear them.

I once soundtracked most of a half marathon with Tarot Sport and at points it felt like I was flying. 5/5

When I was a student I used to DJ occasionally at indie nights in Southsea. One of my favourite ways to end a set was to play Okay Let’s Talk About Magic followed by The Blackout Crew’s underrated classic Put A Donk On It.

Other than that though they were a bit emperors new clothes weren’t they? Like…it’s just a couple of dudes doing the same sort of vaguely noisy ambient stuff that you see at any local DIY show, why were they so hyped? I mean I know the answer to that which is that Barry Hogan had more money than sense. Think they were going somewhere interesting with Slow Focus which felt a bit denser and better structured - almost reminds me of noisy hip hop stuff like Dalek in places. They do take me back to those mid 00s ATP days though so definitely a big nostalgia kick.

Easy 5! Some of the best nights of My life have involved Fuck Buttons…

The records we have are very decent, at least a four, but my overriding impression of them is one of wasted potential. Feels like they had a lot more to offer, and that they packed it in before they reached their peak. Reckon they had a blindingly brilliant album in them that we never got to hear. Don’t know if it’s fair to mark them down for that though.

Saw them before mogwai in Edinburgh. Think I’d turned up late and missed errors, dammnit.

Love them. Wish they’d do another album. 5 all day long.

Like…it’s just a couple of dudes doing the same sort of vaguely noisy ambient stuff that you see at any local DIY show, why were they so hyped

Naaaah! Maybe on the first album defs couldn’t level this charge at them from Tarot Sport on - it’s no surprise that Blanck Mass ended up doing so much scoring work and Andrew Hung branched into left field pop

5/5 for me so formative for me

defs couldn’t level this charge at them from Tarot Sport

Saw them live in 2008 supporting Mogwai and it was so loud it made me feel sick. Not good

they were a bit emperors new clothes weren’t they? Like…it’s just a couple of dudes doing the same sort of vaguely noisy ambient stuff that you see at any local DIY show, why were they so hyped? I mean I know the answer to that which is that Barry Hogan had more money than sense.

Tarot Sport is one of my all time favourites. Nothing really compares to them.

Love love love the music but i love how ANGRY they used to make people almost as much.

It’s not real noise there was an article, in the guardian i think, championing a new Noise Scene enthusiastically with FB as pioneers which led to a lot of very angry gate keeping dudes losing their shit and crying about Merzbow. To be fair they have a point, FB were never Noise, they were just noisy but it was still hilarious.

they’re not doing anything special, you can create those loops/ patches using basic software in 30 seconds wah wah wah. Again true, again missing the point. The analogy to guitar bands serves well here i reckon: just cos Nirvana has the same basic arse pentatonic chords as every chugging pub band, does not mean they don’t capture something much more than a sum of their parts with it.

Absolutely love them. My first introduction was this video which I still really love. Has a proper DIY feel to it all. 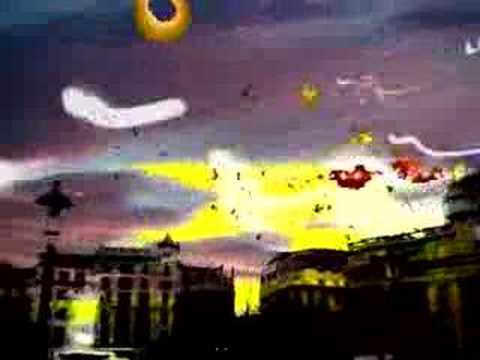 Remember going to see them in Leeds (Woodhouse working men’s club?) and it having the oddest mix of audience. Some people there to take pills and rave who were baffled by loads of beard-stroking, headhnodders, probably a few people with a heavy music taste thrown in there too.

I only managed to see them once in Koko on the Slow Focus tour and they were incredible. Just so loud and powerful and joyous. Really gutted I never got to see them again.

Love them. Blew my mind hearing them during the 2012 Olympics opening ceremony, fair play Danny Boyle! Seen them live a couple of times, once supporting Mogwai. The volume, the power, all from a trestle table laden with electronics and children’s toy microphones!

Used to play with them back in the day when I was in maths quite a bit as we were both on Holy Roar at the time, nice fellas