Assuming bristol is still on?

Can’t imagine it wouldn’t be and no updates to suggest otherwise but then the whole country has gone mad.

Yep, I had an email the other day confirming it’s going ahead as planned

Drinks prices aside, really liked marble factory as a venue too. Worked well for them.

Kinda gutted I didn’t get to see them again. Had a ticket for the Barras gig back in Jan, it got postponed, I booked a holiday to Gran Canaria, gig was rescheduled for the middle of the holiday. Bugger

(Not completely devastated, cos I’m in Gran Canaria, but still)

They were great weren’t they! Agreed on RFORF: it’s ways good to hear stuff off Yanqui live, because it’s so much better than what was captured on record.

hey you were standing right behind me

i gotta say, as a retrun to gigs post covid i dont think i could have got a better one than Godspeed playing a song that i genuinely thought id never see live and it fucking blowing my mind

Ha really! I moved about quite a bit, was down at the front for a bit at the start til it got too loud, then moved a few times.

where did you get one? i’m strongly considering Thursday but not seeing any appear anywhere

Directly off the Electric Ballroom site

yeah i just saw they’ve got wednesday, but still showing as “not available” for thursday

actually transcended listening to East Hastings on Sunday, thinking back to when i first heard it in like 2000 and i cannot believe that i get to see them play it live so many years later. their return for me has never matched the hieghts of that first album but frankly, maybe that’s because i heard them as a kid, because by god Bosses Hang live was utterly mental and playing it now on the stereo is a new experience. 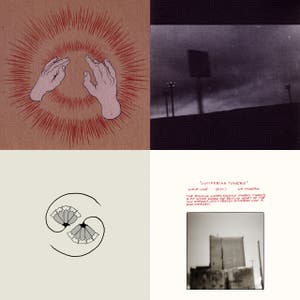 There’s now a recording of the Coventry gig up on the Internet Archive: Godspeed You Black Emperor! Live at Empire on 2022-09-17 : Free Download, Borrow, and Streaming : Internet Archive

Ah so that’s what the delay was.

Crowd was great, almost silent during most of the quiet bits. Sound wasn’t perfect but it sounded huge.

Nice bumping into @jont2001 briefly at the bar too

I’m a staunch SMZ over Godspeed fan, but now super jealous I didn’t make this tour.

Actually only saw them on the first reunion round (twice at the Troxy and then I think the ATP up in Alexandra Palace).

I’d only given the newer releases a cursory listen, which I clearly need to fix.