🎵 How Good Are They Really 🎵 Grandaddy

Not my thing overall, but like bits and pieces off Sumday

I love them so fucking much

I’ve said this before, but I’ve always wanted an ice cream van that plays AM180 as its jingle.

Software slump came at the right time in my life and really made a huge impact.

The Sophtware Slump is an all timer. So, so good. Miner At The Dial-A-View is incredible

All the albums are great.

A rare band where the love I have for the music seems to continue to grow.

Everything Beautiful is Far Away is one of my fave songs of all time, love the strange snythy breakdowns in the choruses. Sophtware Slump is still a perfectly flowing album, and ends on such an amazingly melancholy note. Getting to see Jason Lytle play a load of these songs solo on piano whenever that was in the past was an absolute delight. Love them ladz.

In all seriousness - they’re one of those bands that I’m giving 5/5 for, because of one absolutely outstanding album. The Sophtware Slump is exceptional - witty, moving, works brilliantly as a whole, almost like a classical music piece with different movements. Means quite a lot on a personal level.

I’ve never loved the same albums in the same way, but still, it’s a clear 5.

4/5. Like them, but they’re not top tier really are they.

Abstain. Never got them but never really gave them a proper listen.

You know, despite loving Sophtware Slump and Simple/Dumb/Pilot being a good contender for a top-20-of-all-time spot, I’ve never explored further. Not sure why that is.

Got to go to B&Q to get wall brackets later (I am the king of rock and roll) so will stick on some more Daddy en route.

Sophtware Slump and Sumday are both so good it’s probably a 5. Like everything else but not to quite the same extent

Only listened to SS because of how acclaimed it is. One of those classics that just left me cold though. Maybe should give it another shot, but meh

This is something to look forward to next month:

Grandaddy - The Sophtware Slump ..... On A Wooden Piano - LP

The 2021 solo piano and vocal version of Grandaddy's classic 2000 album The Sophtware Slump. Twenty years ago Jason Lytle made this ageless record while red-eyed and running around a sweltering slipshod home studio in his boxers using some gear he...

I like The Sophtware Slump, not really tried with anything else though (AM180 I liked initially and then found annoying).

That said, I don’t like TSS enough to give them a 4 overall if that’s the only album of theirs I get on with.

Also the only good lyric video, so they’ve got that going for them 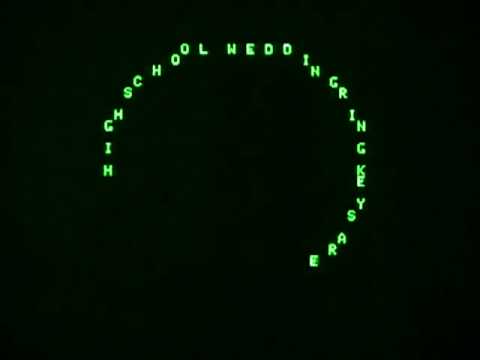