🎵 How Good Are They Really 🎵 HAIM

@Owensmaterob since I seem to recall he is a huge fan and wouldn’t want to miss this.

5 for Women in Music, a heap of other great singles and a wonderful live show

Saw them live once so they definitely exist but unfortunately their music is dull. 1/5*.

*Revised down to a 1 as I couldn’t hum you a bar of one of their songs so that’s a really bad sign.

I wasn’t really arsed about them but watched their set from Glastonbury in the summer and it was really great.

Only the most recent album has clicked with me so have gone for a 3.

Ha, I’m not a fan really, found them very bland though not actively bad.

Rounded up to a 3

I’ve never listened to an album of theirs but some of the singles I’ve heard are ok. A two seems about fair, I think.

Used to find them unbearable because their schtick is the absolute worst. I have seen them a couple of times a few years ago because my friend was massively into them and they seemed to play Glastonbury multiple times every year. Didn’t like it, found them extremely trying people to be in the company of. So it would’ve been a 1.

But then in the past year I’m always getting these absolute bangers autoplaying after what I’ve been listening to and I’m like o shit what is this this is amazing. And the answer is always a HAIM song from the most recent album. So just gonna have to reserve judgement until I’ve listened to that.

5 because they’re great. Loved them after the first record, don’t think the second is as much of a dip as it’s made out to be, and the third is a straight up classic. Seem like a great bunch o’ lads too.

Surprised that so many people here seem to dislike them actually! For what they do they do it pretty amazingly I think, I’d love to see them live. The albums dip off a bit on side 2 but that’s it really. Perhaps people file them with The 1975 as a sort of insincere retro-aping act but there’s a lot more to them than that. Got some fond memories of belting out the first album’s tunes with mates. Danielle’s lyrics on the latest are cool too, they get across that relatable 20’s angst stuff that Lorde seemed to lose sight off on her latest. Great band man. Gonna knock it up to a 5

Think I found them on Last FM, when they had an EP out, all of the songs from which would later be on the first album. Really liked it and played the songs to death, so when the album came out, I’d already heard those songs too much. Still liked it and thought they were really fun live around then. Saw them again doing a ‘secret set’ at Primavera just around the time they released their second album and they were still really fun. As with a lot of people, the album did very little for me, though it was fine. Also, as with a lot of people, I thought WIMPii was great. They’re probably still fun live I’d imagine; I look forward to finding out for certain sometime. 4

5/5. Would give 6 if I could. Even love the album everyone hates. Their show at Paradiso was one of the best gigs I’ve seen even though Danielle had fucked her voice completely at Ally Pally the previous night. Banger after banger after banger. The best modern pop band around.

Bonus six degrees of separation fact: before they were mega-famous, they covered a Fleetwood Mac song that my cousin co-wrote with Christine McVie (‘Hold Me’), 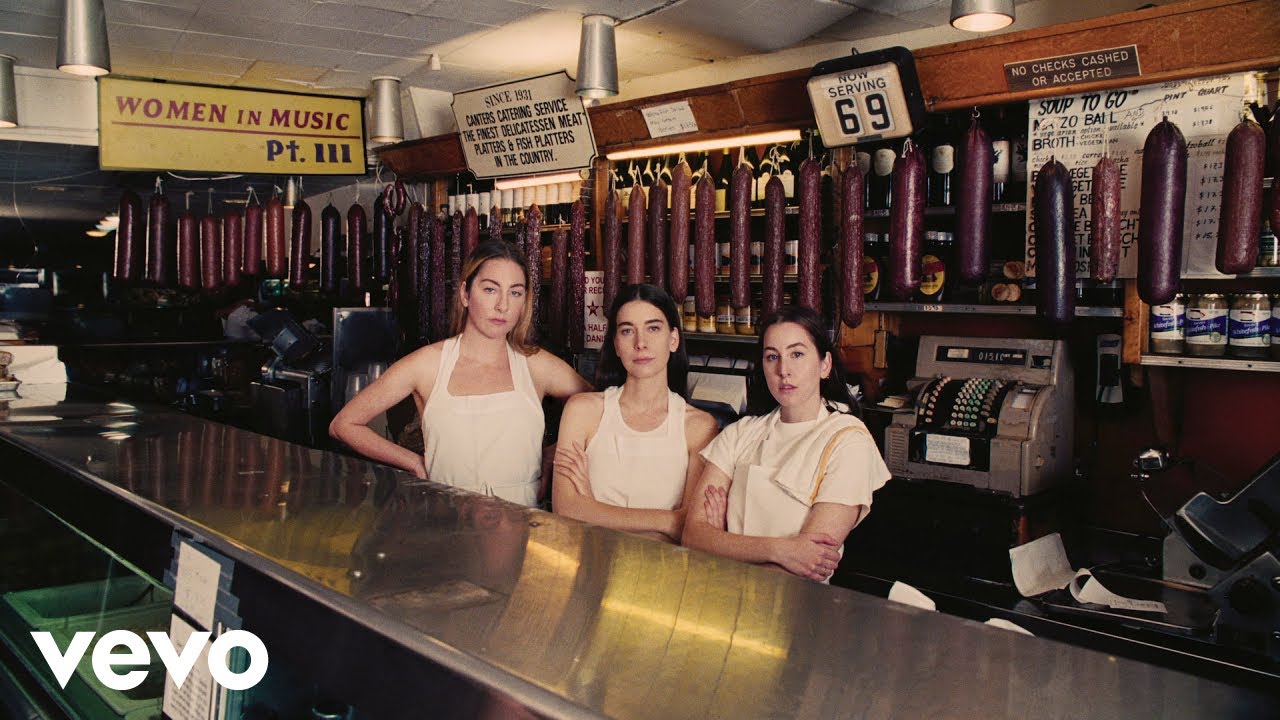