🎵 How Good Are They Really 🎵 Kraftwerk

One of the ones you’ve been waiting for…

The Knife scrape past the 4 mark The easiest 5 I will ever give. They are rightly lauded as pioneers of electronic music, and in terms of influence they are right up there with the Beatles, but I’m not sure they get enough credit for the emotion in the music as well. They can be very funny (“I press a button and it plays a little melody”) and can also produce moments of absolute beauty and wonder, like the long coda to Neon Lights. Genuinely one of the all time greats

Difficult to imagine what the musical landscape of today would be like without them.

Could argue they maybe deserve to be marked down for an album about cycling.

Took electronic music out of the realm of stuffy (if sometimes fascinating) experimentalism for the first time and as a side effect invented most of my favourite genres of music.

It didn’t click for a long time - sounded too vintage and clunky to untrained ears. It was We Are the Robots that did it, appropriately enough heard over the PA when browsing at a synth shop in Brisbane. Once I got it, I couldn’t understand how I had missed it. I blame being raised by rockiest boomers for this sort of thing.

Anyhow - love them. Both objectively and subjectively:
5

5 all day. Came to them late, wasn’t disappointed.

And those early albums are great despite being different

Absolutely love them. The melodies are timeless, their songwriting is wonderful and there’s a smart sense of humour in there.

Plus the idea of them as a faceless group of robots completely subverted all the bullshit hero worship that’s been a big part of rock music since it kicked off.

So many genres and forks of music I love wouldn’t exist without them.

Saw them at their run of gigs at the Tate Modern and it was magic.

Really one of the easiest 5s imaginable. Their music is some of the most richly enjoyable I can think of - gloriously melodic, powerfully rhythmic, surprisingly moving and full of textural interest and interesting sounds and ideas. They are often just fun - slyly humorous, emotionally satisfying.

They are also arguably the most influential band in the history of music since The Beatles. If you think of the new music that emerged in the late seventies and early eighties - disco, hip-hop, electro-pop, post-punk - they were massively influential in all of those genres. It’s fascinating that those different genres took different things from them - the rhythms and the electronic textures went into hip hop and disco, the melodies into pop music, the cold, futuristic image into post-punk. From all of those strands comes effectively all of the popular music that we have now. Of course I know that other people made electronic music before them, but they took it out of the salon and the concert hall and onto the dance floor and the pop radio. 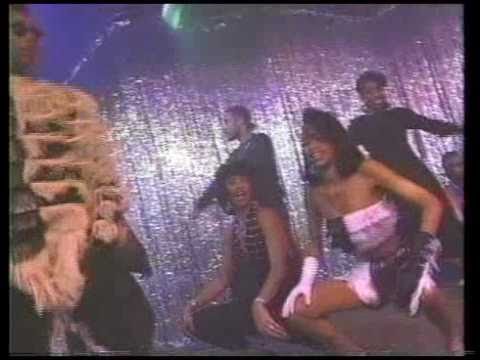 A run of five genre-defining classics, which were all concept albums to boot!

Foundational, and still wonderful to listen to. The Catalogue box set should be put in Voyager probes, along with Stop Making Sense and Goldeneye N64, as one of humanity’s greatest achievements

Don’t really have a favourite from those 5 classic albums. All uniquely wonderful. Maybe Man Machine. 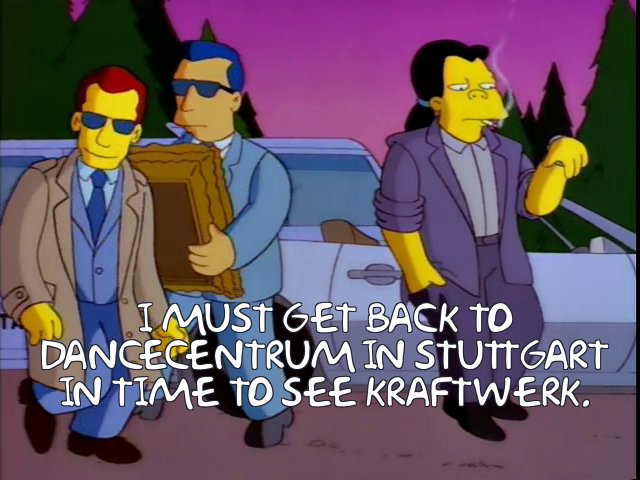 I listen to some of their stuff that’s over 40 years old and can’t believe how modern it sounds. Something like Computer Love would rightly be lauded as innovative and a banger if it came out now.

Took a long time to click, but man they’re good. 5. I saw them headline Bestival having only really heard Man Machine and they utterly blew my mind. Even 30 years after their heyday they still looked and sounded like they were from another planet. Even their most simple, austere songs sounded enormous live.

Bought that deluxe reissue package after that and I don’t think it’s ever fallen out of the rotation. I’d say nearly all the music I listen to owes them something, the kind of machine techno that comes out of Detroit and Berlin essentially sounds like sped-up Kraftwerk, and I don’t think anyone involved in those scenes would ever try and deny it.

Also glad their legacy is intact. They don’t release music unless they really believe in it, they don’t show their arses on social media. They’re still big enough and significant enough that they comfortably headline festivals like Dekmantel, Dimensions and Movement. A clear and obvious 5 without reservation.

Just how many bands has fleas been in?!?