🎵 How Good Are They Really 🎵 Les Savy Fav

Go forth and vote in this one… Good band
What are they up to these days?

Thought “meet me in the dollar bin” would be their most popular track. Inches is the only real “album” I enjoyed that much. Definitely off their time.

Eeeeeeaaasy 5! Seeing them next week at prima and I’m quite a bit excited about it.

They’re fine really. 3/5. Not something I go back to, but a good nostalgia hit when I do

The Sweat Descends is so good.

why do they never play les savy fav on the radio?

Excellent band; Manchester Academy 3 in 2002 is probably my best gig ever (LSF/ The Mars Volta/ The Apes).

I voted for ‘Hold On…’ as best song but the actual correct answer is this one from The Cat and The Cobra: 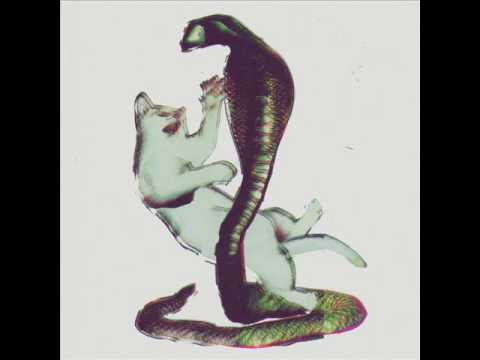 From the album: The Cat and Cobra

Can’t agree on how to prounouce the name?

Oh god, love them. Or did anyway, haven’t listened for years. Done some of my favourite gigs and The Cat and the Cobra, Go Forth and Lets Stay Friends are all superb. The Cat and the Cobra came just at the right time and set me off on more indie punk type stuff. They’re a band who make me very nostalgic for a time as they were just so much fun. Real good live band who translated it well to record i think.

great fun live.not sure ive sat and put an album of theirs on though

Fuck you, that’s why

Thought “meet me in the dollar bin” would be their most popular track.

The Sweat Descends was always the big one surely?

Liked them a lot, never got to see them live. Reckon a 4 is right

Let’s Stay Friends is an excellent album. I seem to remember some older fans not being keen on it at the time? So it’s good to see it’s currently running away with the poll.

Found it in a sale in Virgin (or was it Zavvi by then?) about a year after it came out. The Sweat Descends had been my intro to them but The Equestrian and What Would Wolves Do? had been given away as free downloads somewhere as well so bought it on the strength of those.

There’s some very good stuff on Inches too, but it’s so long that I never put it on much (I know it’s a compilation)

The other albums have never completely done it for me. They sound good but they all seem a bit one dimensional compared to Lets Stay Friends. Particularly remember being a bit disappointed by Root For Ruin when it came out. Always thought the early albums would be great so I might revisit them and see. But the likes of Go Forth didn’t do it for me, in comparison to the variation and ambition of Lets Stay Friends it just felt very samey and flat. Might have liked it more if I’d heard it first.

Their live shows always looked like so much fun but I never saw them unfortunately. They did a New Years Eve show in Dublin in 2010, with a great local support lineup, which I was really keen on going to, but it felt very antisocial to skip a big night out with my friends at home to go to a gig in another city by myself on New Years Eve. They’ve never been back since which is a shame.

The bassist and guitarist were (are?) in the band for the US chat show later with Seth meyers oddly (alongside someone from girls vs boys I think)