🎵 How Good Are They Really 🎵 Little Mix From the ‘Between Us’ compilation:

The rest are not

Good at accents though 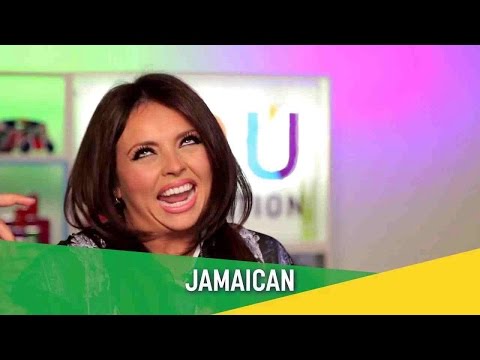 No idea why it’s not on that Best Of tbh.

Not Sugababes or Girls Aloud level but certainly the second rung of modern girl bands. Some proper bangers over the years. Jade seems like a really good egg.

Probably a 3/4 but I’ll give them a 5 to balance out the chin-stroking grandads.

Gone for a 3. Black Magic is a tune, but there’s nothing else of theirs I like (and they’re so ubiquitous, I think I actually know most of those singles for a change). Rarely bad but does nothing for me.

Bit amazed at how massive they became, always found them pretty average. But maybe I’m just getting old.

The documentary that Jesy did on trolling was pretty eye opening though, she’s had to put up with some proper shit

I trust my compatriots here in the community can take a moment and attempt to understand the pure maximalist broad appeal pop before beginning the “shit, 1” comments but I fear this trust to be misplaced

Probably a 3/4 but I’ll give them a 5 to balance out the chin-stroking grandads.

giving them a 1 to just annoy these two people

Who was it on here who said “they’ve got more tunes than Radiohead”? That always tickled me.

Think @squandered is onto something with their lack of personality. All the best groups have a strong gang vibe with some distinctive individuals making that up. This lot just don’t. Songs like Salute and Black Magic are chooons, so they’re going to escape the 1, but there’s nothing instrinically Little Mix about them, they’d have been bangers if anyone did them (maybe not me, tbf).

You can’t have a favourite song poll without Holiday!!!

I can if it’s a poll from the Best Of and Holiday isn’t on the Best Of!

Wings, Black Magic, shout out to my ex , kiss my uh -oh ALL massive tunes

Why not the usual singles poll?
(not criticising just wondering!)

As has always been the case I presume there will be less “shit 1/5” comments than there are for male guitar based acts (see The Police for a recent example),

Sometimes if there are a lot of singles or I cba typing them all out then I just c&p a compilation. Done it for the last few threads too. I’m not sure why they left some really good stuff off the tracklisting, might ask them.

They’re ok for what they are. My niece fucking loves them, voting on her behalf here.

All the best groups have a strong gang vibe with some distinctive individuals making that up. This lot just don’t

Do you think this has something to do with their formation? Being picked from solo auditions and then other groups as part of the X Factor process rather than forming the ‘old-fashioned’ way or even being picked from auditions for a specific group? Like there’s no ‘all in it together from the start’ dynamic that even, say, Take That had, because they started out intending to be successful as solo artists.