🎵 How Good Are They Really 🎵 Mastodon

Never listened. Assume from the photo and list of album/song names that it’s synth pop

I kind of lost interest around The Hunter but as has been said above, that and the subsequent albums I’ve heard all have a couple of really good tracks on. But the run of Remission, Leviathan, Blood Mountain and Crack The Skye was pretty flawless imo, so it has to be a 5.

Incredibly boring band.
Still a bit salty that that slagged me off in a bar at ATP for sounding more American than Irish. Said I sounded like Seinfeld.
Wankers

They were great that weekend and their version of The Bit with Melvins is one of the heaviest things I’ve ever seen. Though it’s not going to save them from a big ol’

Don’t like the vocals, ive tried but I don’t think I’ve ever made it more than a song or two into an album of theirs without switching to something else

Lost interest at Crack the Skye but really like the three before that. First gig I ever went to anywhere but an arena was them on the Leviathan tour, probably one of the best gigs I’ve ever seen. Can’t justify a five for a band where I don’t give a shit about more than half of their discography but strong 4.

Yeah, regardless of your thoughts on that style of metal vocal it’s fair to say neither singer is any good.

voted for The Hunter as my favourite album of theirs

quite a left-field reason there

I’m surprised there isn’t more love for Crack The Skye in this thread. To me it’s a brilliant blend of their earlier sound with more interesting song structures, angular riffs and melodies. Not a bad track on it and a latter day prog masterpiece, unironically.

neither singer is any good.

the drummer has a great voice but I guess you wouldn’t really count it as a “metal” one necessarily. Kinda QOTSA-esque

Would be a 5 for Lifesblood, Remission, Leviathan and the majority of Blood Mountain. As it is, I’ve not bothered with them since Blood Mountain really. Leviathan is possibly my favourite metal album though. So maybe a undeserved 4 🤷

4/5, loved what they did up to and including crack the skye. I really love the last baron, it’s such a good song, I saw them when they played all of crack the skye and it was so good. Sleeping giant, the last baron and siberian divide are my favourite songs from them, was actually making a playlist of my 2005-2011ish favourites and was listening to them and remembering how much I liked them. Tried that album with the horse on it but I didn’t care for it, but it’s okay I still think highly of them because of how much I once enjoyed them

Remission should also get more love. It’s pretty scrappy compared to what would come, but most metal bands would kill for a debut that slays so much AND has its own sonic identity (jazzy but hard-hitting drumming, crazy dual guitar melodies and unstoppable riffs).

Get this in your lugs. 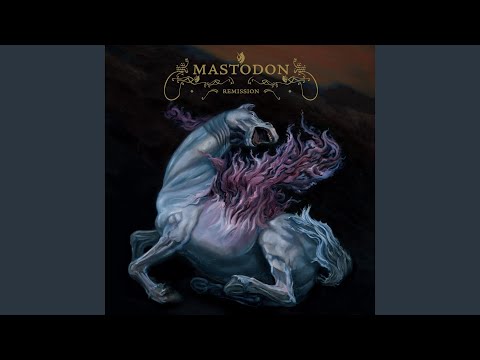 Totally with @avocado re: ‘The Last Baron’ and CTS generally, love that song. I know there is a bit of a difference of opinion on their later stuff but I’m firmly in the ‘hate it’ camp. I remember catching one of their songs being played somewhere, assuming it was a new Foo Fighters track and being horrified to find out it was Mastodon! Not for me Clive. Leviathan, Blood Mountain and CTS all have a special place in my heart though.

P.S. Can’t believe no-one has yet posted the cartoon thing with the guy who does the ‘Blood and Thunder’ lyrics. You know the one I mean. Yes, you do.

Oohhh they’re a funny one. Probably one of the biggest drops in quality from a band who I can think of. AT their best they were incredible, a thunderously heavy band who had the hooks and song-writing skills to make it massive, seemingly without compromise….but they when they cracked (the skye) it they just seemed to lose something and became so uninspired.

Remember picking up Remission because it was on relapse, had killer artwork, was heavy (in weight!) as fuck and it was handed to me buy the same guy who got me to buy Celestial by Isis and Calculating Infinity by DEP. When I got home I wasn’t expecting to gurn and punch the air with a clenched fist as much as I did, but boy did i. The first record, and side A in particular is absolutely killer. (Seriously, go put it on – chances are you’ve forgotten how killer that opening run is!) So heavy and rifftastic. The drums pound your head in, and there’s seemingly a lot happening………but with no sacrifice for heaviness! Everything about that record is perfect – the music, the art, the pressing – all of it. 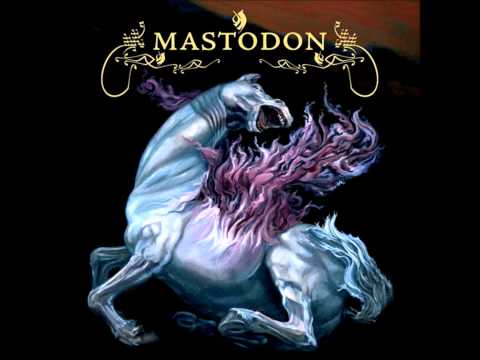 Leviathan didn’t click straight away to be honest but when it did it was worth it. Its another brilliant album and although it doesn’t sound as heavy, it’s still got he killer riffs and a lot more ideas seemingly at play. If you want big epic proggy metal then Hearts Alive is pretty unstoppable. Easily the best record I’ve heard about hunting a whale. Blood Mountain just never clicked with me and still doesn’t to this day. The album barely even registers and I don’t know why. Nothing about it particularly excites me and I felt like they were going too twiddly and sacrificing the tunes.
Fell completely in love with crack the skye when it arrived though. Remember being really excited when it came out – must have heard a track or just reading up on the making of it sent me over the edge and it became a stalwart of partying for the next few months. Everytime we were at someones house in the middle of the night this would come on at some point – half the people would hate it and half love it. It was just phenomenal – the perfect mix of early heaviness and prog nonsense. Even the terrible singing couldn’t get in the way. Real fond memories of this album and time. It never sounds as good anymore unfortunately. For a long time it was my favourite but with hindsight I’d pick Remission or Leviathan over it.

Since then I don’t think there has been a song I enjoyed. I think the return to more straightforward bangers after Crack the Skye lost my interest and then anything I’ve heard in passing has been so weak.

During that run of early albums I saw them a bunch also and nearly every time they were incredible. Stand outs include the Mars Volta atp where they were on in the afternoon (I think!) and were absolutely next level. I was in a state but I think coming on to Hearts Alive was one of the most joyus things I have ever seen. Then this happened (think it was the same show…sketchy memories from that time)…… 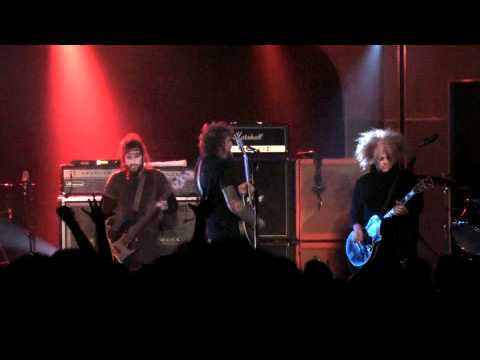 which was phenomenal and again left me with the biggest shit eating grin ever. 3 drummers

The crack the skye show in Manchester at the academy 2 was also a good one and plenty others. Really really good live band.

Always enjoyed it when the cracked out this cover too… 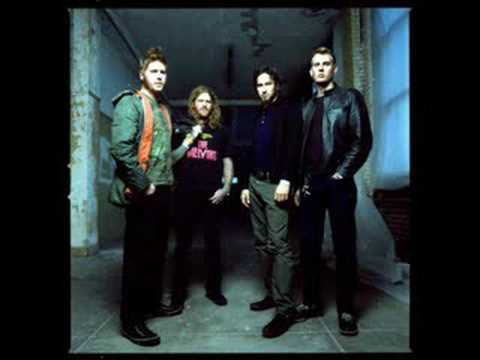 I gave them a three before writing this due to the latter career drop off but may well up to a 4 now. If only they could sing…….

And now I’ve started on this, it’s an easy five for me. One of the rare modern metal bands where each member plays more than their part in creating something unique, and even their latter more commercial sound has enough going on to keep my interest, like the Thin Lizzy swagger throughout OMRTS.

Brann’s jazzy groove and sheer dynamism means I could happily listen to the drum stems alone. Brent plays like it could all fall apart at any moment but his country fingerpicking and banjo influences are really unusual. Plenty to enjoy but I can see why others might not.

That was the Mike Patton / Melvins atp. That was so fucking good.

And now one of them is in Thin Lizzy