🎵 How Good Are They Really 🎵 Mclusky/Future Of The Left

I think what I like most about Falco’s writing is that there’s not loads going on with melody and harmony but there’s still hooks and earworms all over the place, between the bass riffs and the shoutalongs and everything else. Plus there’s non-traditional strong structures and complex rhythms but not in a proggy way - much more Shellac than spits Dream Theater.

I guess what I’m getting at is that it’s a great example of how you can make really interesting guitar music from fairly minimalist elements without sounding like Blink 182, or use interesting rhythms without going full Jazz Odyssey.

I’ve seen Future Of The Left live more than any other band. I’ve listened to them more than anyone else too. I remember at Splendour In The Grass years back I saw someone wearing a FOTL t-shirt and I said “Great band man” to which he replied “Ah thanks mate!” and without thinking I said “I’ve seen them live 13 times” at which point he looked panicked and made his excuses to go off elsewhere. I lost all self-awareness of how weird that sounded.

really annoying that if i lived in GB i’d be well into double figures as well but sadly i’ve only seen them 3 times.

was really excited when they first announced a show here in 2008 at the first Belsonic festival, only to find out they were opening for The Enemy and Reverend & the Makers (the show they talk about on Last Night I Saved Her from Vampires). considered whether or not to spend the £30something quid to go anyway but decided against it (there is a grainy video on youtube somewhere of Kelson finishing the set in his pants in broad daylight)

but they came over and did a headline show in Stiff Kitten in November 2008 which was great fun, similar setlist to the first live album. Kelson being a fucking maniac at the end of Cloak the Dagger, playing bass on someone’s shoulders while drinking the guy’s pint with no hands. well attended but annoyingly the crowd talked a whole lot (the people in front of me were shouting in each other’s ears during the loudest songs, so weird) but i had to stay near the back of the room as my friend was on crutches. could barely hear any of the stage chatter which i’d been looking forward to almost as much as the music.

had a ticket to see them play the same venue in 2009 but it got cancelled by the venue due to poor ticket sales - was a mere 6 months after the last show and before the second album release date so not a massive surprise i guess. they rescheduled for a smaller venue at the end of the summer but then the band cancelled the whole Irish tour apparently for scheduling reasons, and then never rescheduled. i never bought a ticket for the second one as i was waiting for the chance to swing by the venue and buy one without the online fees, i worry my tardiness might have contributed to the cancellation. also means i missed out on the consolation of a free demos CD in the post as recompense, although i got sent all the demo stuff on here years later at least. but sad to have only caught them once in the Kelson era.

they finally came back over here in 2013 for a big all day festival in Derry organised by Fighting With Wire as their own farewell show in a big temporary venue that was there for Derry’s City of Culture year. FOTL were initially the top name on the poster but later got supplanted by ASIWYFA and then fucking Frank Turner. really enjoyed the short FOTL set, included a couple of tracks from How to Stop Your Brain which wasn’t out yet and it was the first time i’d seen them play a couple of mclusky songs which i was delighted about. there’s a backstage interview on youtube though where Falco mentions that barely anyone there seemed to know who they were, which is probably why they stopped bothering to play here.

made the effort to get the ferry over to see them in Nice & Sleazy in Glasgow at the end of 2016 and was really glad i did. nice small venue, great set, loads of fun. similar setlist to the second live album this time which was recorded a week later. he spent half the night making My Vitriol jokes which i was absolutely delighted about.

never thought i’d get to see two mclusky* shows though which has made up for their previous absences. Irish mclusky* shows went down really well too, and Falco was tentatively asking about the post-Brexit logistics of Irish shows on twitter the other day so fingers crossed they’ll be back, hopefully for FOTL shows as well as mclusky at some point

This is the same for me. I love The Difference Between You and Me… because it has a really weird vibe to it. It’s unique in the McLusky / FOTL catalogue, and one of the reasons for this is the production, which is just awesome.

I barely listen to Plot (there’s a few bangers but it feels a little bloated), still a solid 5 based on the other releases and live shows. I’ve got a one off RSD CD-r somewhere in the house, probably worth millions. 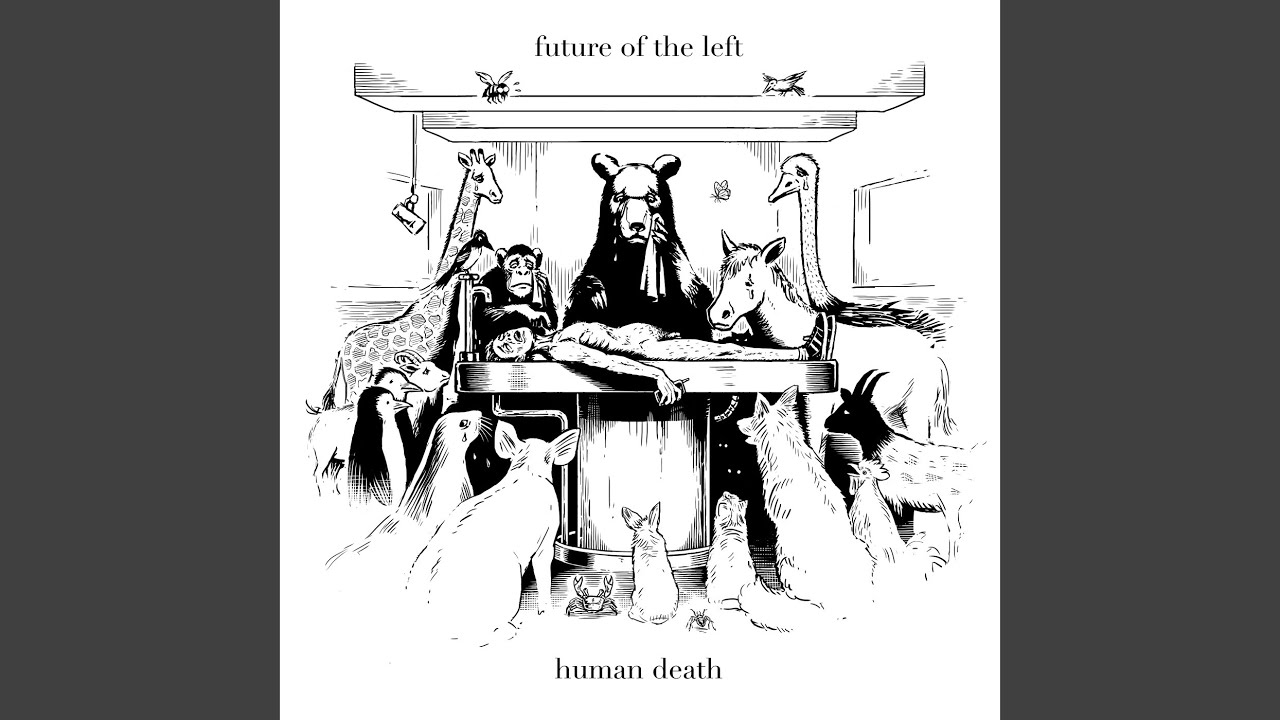 I’ve been listening to them quite a bit this morning, and I think I might love them, you know

Bought it from Jack who I must say knows how to size a man to a shirt in a darkened room to a tee.

I’m dropping 5’s and leaving as I’ll get too sad/mad if I read anything negative about them. FOTL probably my favorite band of all time.

The first Falco thing I ever heard was Plot and to this day it’s my best first album listening experience. Just blew my mind had to instantly go and find out everything else from FOTL and Mclusky. Still now if I was told you can only listen to one album for the rest of your life I’m picking that record.

Got to see them live , once which was pretty lucky as I think they have only toured the US once since then and they played Buffalo which most bands skip. Buffalos not a great place for getting the numbers in especially on a Sunday. So there was probably only around 75 people there. Still put on a great show. I went over afterwards as Falco was putting away some gear and despite probably just wanting to get out of there, but he came over and took the tine to speak to some loser fan. We spoke for probably 20 mins ,a little bit about music but mostly about cricket. Couldn’t have been nicer.

Will continue to support anything he does and hope the talk of new FOTL, Mclusky and Christian Fitness in the next year or so all come to fruition.

I saw FotL on the first album in Dublin, supported by Fight like Apes (Who did their version of Lightsaber). After FlA finished more than half the crowd just left. Felt bad for FotL. 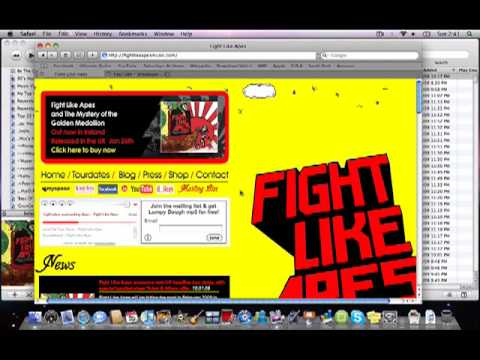 Andrew Falkous from Future of The Left/Mclusky joins us for a gig dissection.

i was gonna say Fight Like Apes supported them in Belfast as well but just realised they just played in the same venue like a couple of weeks later and played that cover. LaFaro supported both which is why i’m getting confused. LaFaro were a great match for FOTL but there was some mediocre band on in between who killed the momentum slightly

Bandcamp is wrong - both the audio and video are from the 20th.

I’m just waiting for the finished audio from the London show, then I’ll add that to the video and the DVD will be ready for manufacture.
It’s all taken a lot longer than anticipated, but the video is pretty much finished.

had a ticket to see them play the same venue in 2009 but it got cancelled by the venue due to poor ticket sales - was a mere 6 months after the last show and before the second album release date so not a massive surprise i guess.

Looking forward to it!

Saw them supporting ASIWYFA at Fibbers in York, a tiny little sticky floored venue (or it was, it was refurbished a few years ago). They were both superb.

loved LaFaro, saw them so many times, still miss them