🎵 How Good Are They Really 🎵 Mercury Rev

All is not dream, it’s really happening…

On balance, and because the good stuff is so good, 4.

I have a personal christmas tradition of listening to deserters dongs every christmas day. Magical album.

I wouldn’t go that far. There’s a few really good songs on Snowflake Midnight and most other albums. Bobby Gentry is legit one of the worst albums I’ve ever heard though.

like how they sound like a totally different band on the first 2 albums
not that big a fan though, 3 i guess

Love the first three albums, along with the various EPs around then. Deserter’s Songs is fine, everything after that is bad. Terrible live. 3/5.

My review exactly. Particularly love the third album, then Deserter’s Songs was fine and good, albeit devoid of all the inventiveness that went before. I went to see them on that tour at the Astoria and genuinely was the most boring gig I’d ever seen. I’d got all excited beforehand imagining the build up to them playing Goddess on a Hiway late in set, and I think they opened with it. So weird

I thought they were great live on the acoustic tour of Deserter’s songs to be fair.

Never listened to an album. 1/5

I was at that gig too. The Deserters Songs stuff didn’t translate to a live setting too well at that point. There were some good points though - Chasing a Bee, Carwash Hair, and their cover of Cortez the Killer.

Weren’t Shack the support act that night too?

Love the first three albums, along with the various EPs around then. Deserter’s Songs is fine, everything after that is bad.

Bang on the money. Loved them when they were weird, though. 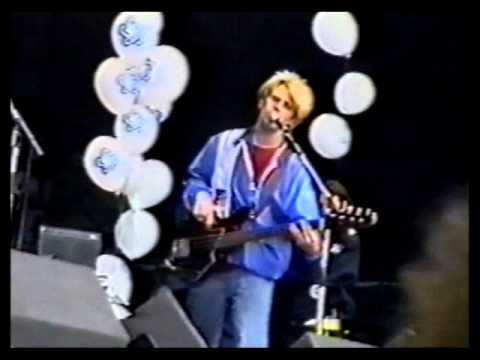 They’d lost me by that point, will try to find my review of their live show, posted it on here before.

They are genuinely one of the best live bands I’ve seen!

Massive massive five, one of my all time favourite acts. There will be a lot of indie try hards claiming the early stuff is the best, but they’ll be wrong. The first few albums are very good of course, and there’s no way I can’t vote Car Wash Hair as the best single, but they really come into their own on the run from See You… through to Secret Migration. I love those cracked Disney fantasias, the slightly off kilter symphonic pop. A shout out for the instrumental version of DS, where those qualities really come to the fore.

I first saw them in 1991, and have done again about half a dozen times since. Always really good, but the best was Pompey on the DS tour. I mean, just look at that choice of covers!

Just to prove my love, a quick revisit of the what’s on your walls thread:

I listened to All Is Dream for the first time in years the other day in it was fucking great. Lincoln’s Eyes and You’re my Queen are amazing

Deserters Songs is a 5/5 album, but that’s all I know about the band. Never felt inclined to investigate further for some reason. So it’s a 3

Ah,I posted it on Twitter under a worst gigs ever thread.

Mercury Rev at Mandela Hall in 2008. Donahue jumping behind the monitors like an indie Gollum, Grasshopper looking like he was in a rockabilly band. Haven’t been able to listen to ‘Deserter’s Songs’ and the subsequent albums since.

I still adore the first three albums but I would never go see them live, even if you paid me. Donahue is a cheese merchant of the highest order.

Best thing about that show was the sticker I got that’s been on my main guitar for years.

Grasshopper looking like he was in a rockabilly band

don’t see the problem with this tbh