🎵 How Good Are They Really 🎵 Muse

All the way from the greatest county on Earth, it’s the Muse thread!

And we move on to Muse!

Singles (may not all exist)

Ugh, on the whole. One or two bangers, no way I could sit through a best-of let alone a studio album. 1/5, with the first few songs off Origin of Symmetry saving them from the zero we can’t vote for.

Absolutely loved them for 3 and a half albums, saw them numerous times. Even have a Muse towel somewhere

Since then, absolutely dreadful

Calling it now, this one goes over the 200 vote mark.

Are Muse worse than the Stereophonics? Fuck it’s close.

Gone for a 3 on balance.

Know it’s when they start to turn, but Black Holes was the first I heard and still my favourite. Starlight isnt one of their ‘bangers’ but such a gorgeous track too

Close, but no. At least Muse have that ridiculosity that’s gauchely amusing and almost charming at times. Stereophonics have nothing.

They’ve fallen off the deep end though and i find them too exhausting to listen to these days. Still the first 3 records and the live show goes a long way

One of those bands I really tried to get into because my friends liked them but nope, can’t stand them. One.

Muse are my ex colleagues favourite band. We were doing an artist showcase at work that she was handling, and another colleague set up an email address pretending to be the bassist, asking for guestlist to check out our platform on behalf of a band he managed. She fell hook, line and sinker and it was very funny

Was really into them around the first singles and Showbiz, saw them in Torquay in early 2000 and they were really good. Still like Showbiz and a bit of Origin… but after that they lost me completely (apart from Dead Star, that’s good) and slid from ‘fucked it’ into ‘unlistenable’ over the years. Now they’re the neckbeard Queen. 2/5.

Loved Showbiz but Origin of Symmetry was overblown nonsense and that was that for me alas. A generous 2.

Here’s me in a mosh pit for Muscle Musuem 20 years ago. 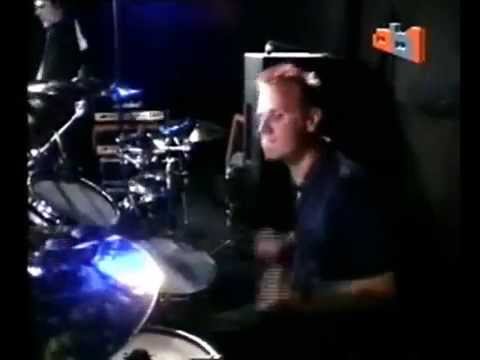 My head says 2 because they’re not the worst band on this list but my heart says 1 because they are still total total pish.

1/5, still find it hilarious that they signed off on using this as album artwork

Loved Showbiz and Origin Of Symmetry when they came out, and got well into that b-sides compilation too. They were one of my first gigs at the Manchester Apollo - I think Hundred Reasons supported and there were loads of balloons. Was a lot of fun that. Used to think I was dead clever cos I’d worked out how to play bits of Newborn on the piano and guitar (still do tbf). Voted for Time Is Running Out in the songs poll because it takes me back to university, though could have picked a few of those earlier singles. Lost interest a bit at Black Holes And Revelations, but still thought that album was ok. Then completely switched off to them until seeing them at Glastonbury in 2016. Thought they were pretty decent live, if massively overblown, so went and listened to those albums I’d missed and fucking hell they’re rubbish aren’t they.

Given them a generous 3 for the first few albums and the memories.

Tripe except for Muscle Museum and possibly New Born. 2