🎵 How Good Are They Really 🎵 New Order

They’ll always hit you and hurt you… it’s New Order!

TV On The Radio go level with Biggie From the ‘Singles’ compilation:

The favourite band of my teenage years. The first five albums are all nearly perfect (Brotherhood a slight exception maybe) and they had a decade and a half of fantastic singles - they are one of the great singles bands of all time and perhaps don’t get enough credit for that. The transition in their sound which you can trace from Ceremony and Movement at the start to Technique and True Faith at the end of that regal period is one of the most fascinating in music I think.

I saw them live many times. They were both the worst live band I ever saw (at the Royal Albert Hall in 1986) and the best (a year later at a charity gig at the Brixton Academy, supported by Bronski Beat). The latter gig was one of the best of my life.

There have been good songs scattered since Technique but I don’t listen to their most recent stuff much and the vitriol between the original members is a real shame. They are a clear 5 for me.

Peter Hook, what a cunt.

Still a lot of bangers

Gonna have to dig back into the 12” mixes and work out if I’m going to bump to a six.

Probably the worst lyrics of any of my fave bands, but a 5

Couldn’t not be a 5 really, even if it feels like their story is retold to such a repetitive degree (mainly I guess because of the Hacienda).

Sadly, only managed to see them live once, at Glastonbury 2005, and it was dreadful. Keith Allen coming onstage dressed as a donkey for some reason, before doing the rap from World in Motion, a particular low point.

5/5 - teenage me will hate me for saying it, but they are definitely better than Joy Division.

Seen them live twice - Oxegen in the mid 00s where the crowd was tiny as the Food Fighters were on the main stage. Then again at Latitude with that excellent set they had recently mixing the latest album and updated versions of their classics.

Do wish Barney wouldn’t shout “come on!” like the bloke out of Black Lace when they do Love Will Tear Us Apart though.

It’s both a shame and great that Hooky’s no longer in the band. As I’ve said before, his autobiography is odd but worth a read - half way between a keyboard instruction manual and a Robin Askwith film.

Massive 5. Movement to Technique and all the singles in between is probably my favourite run of music by any artist ever. Look at that list of singles! So fucking good. Lots of great stuff post Technique, but a bit patchy. Don’t think Music Complete gets the recognition it deserves, reckon it’s up there with their best stuff, the 12” versions especially.

First 5 albums and the contemporary singles/Substance are great with Technique and PC&L being the ones I still return to. No interest in anything they did after that.

I like the banality of the lyrics together with Barney’s flat delivery but it doesn’t take much for it to to go from great to awful.

Probably 4 really but may boost to 5 because Technique is still an all time favourite.

Given them a 5. They’ve slowly become one of my go-to bands. Like really slowly. I knew the obvious singles, then got a best of, and then dipped into their albums. Everything felt a bit samey at first, but then they wormed their way in and I find myself having a proper binge on them every six months or so. One of those “singles bands” who have cracking albums too, once you scratch the surface.

I know their story has been told a million times over, but the transmissions podcast with Maxine Peake is well worth a listen.

I was at that Glastonbury 2005 set and it wasn’t great made even worse by that absolute twats in front doing coke off a Halifax Credit Card then insisting on getting on each others shoulders.

Should have gone to the MIF gig they did at Granada 3 years ago.

One of my earliest songs I remember hearing as a kid was Love Vigilantes.

One of my earliest memories was being completely terrified of the True Faith video (I presume on the Chart Show or something). Think it was the jumping men and the slapping. Nightmare fuel. 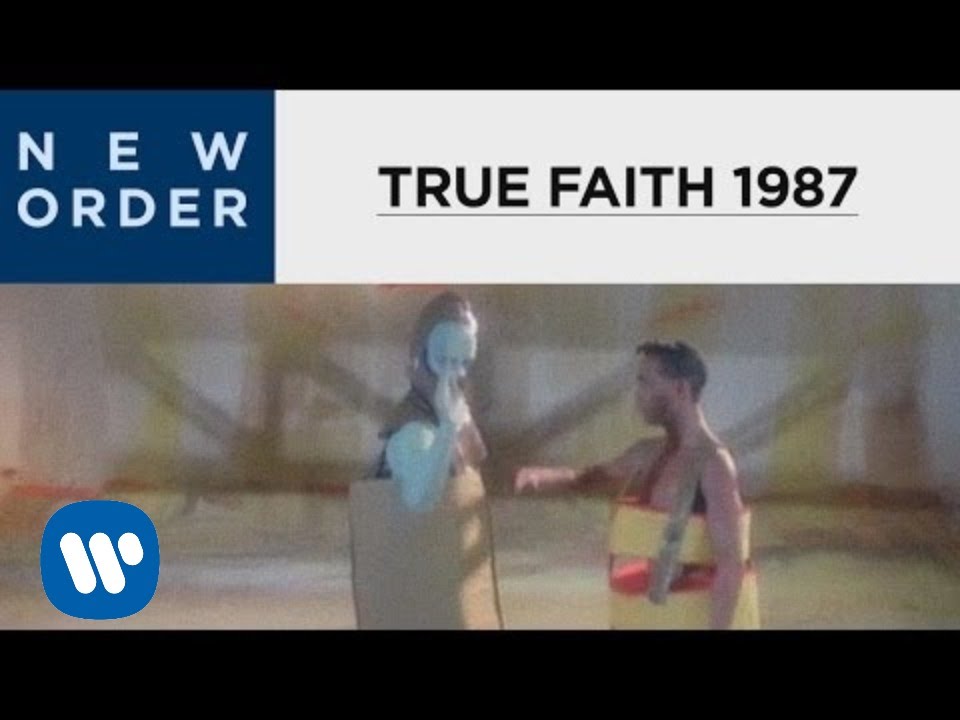 Never got them. Apart from World In Motion which is amazing. True Faith is alright too

Into them big time, up there with Talking Heads as a band that I can listen to at any time and they always put me in a good mood

this song is huge too

Probably a 4/5, but there large chunks of unexplored catalogue, so that could change in the future. This is my New Order jam

But Elegia is one of my favourite pieces of music ever