Deerhunter do quite well: PLAY JA JA DING DONG!! (Didn’t realise they were next up.)

How Good Is It Really

Ladies And Gentlemen We Are Floating In Space Music

I cried in the Eurovision film when they played Untitled 3 at a big moment, don’t @ me it was very emotional. cheers.

I also at the height of my depression in first year of uni sat in a shower for 2 hours listening to Untitled 3 on a loop and thinking I was being contacted by God. That’s probably the one thing where it’s more disturbing than my other depressive bouts, it was relatively tame otherwise. (Still absolute shite though.)

( ) is wonderful, Agaetis Byrjun is deece, I’ve not listened to much else but 4/5 on the strength of what I know

Not a fan. Wasted time and money trying to like. Apols for the negativity. 2.

I’ve never got them.

I’ve tried. And they sound like, on paper, they’re absolutely my thing.

But it never got them.

The run from Ageatis - () - Takk is pretty sublime. I like bits of the more recent stuff but don’t find myself going back to all them all that often these days. Still a 4 though, not least for Glasto ‘03 and the Takk tour/ending sets with Untitled 8 around ‘05.

One of those bands (like Low) where I remember being instantly drawn to them from the first note I heard of theirs.

As I said in the Ladies and Gentlemen… thread, Mrs CCB walked down the aisle to Starálfur. Brought the house down. (Coincidentally, my eldest tells me that when she gets married, she wants to walk down the aisle to Hoppipolla - or “hippo poppola” as she calls it).

I haven’t really listened to much of their more recent stuff (and so objectively they might lose a point), but the run of Ágætis byrjun, ( ) and Takk… is as good as any. So it’s a solid 5 for them.

Also, I understand that people like different things (and that’s fine) - I just don’t know what’s not to get about something like this. But then I love sweeping, atmospheric stuff with a big ending so yeah 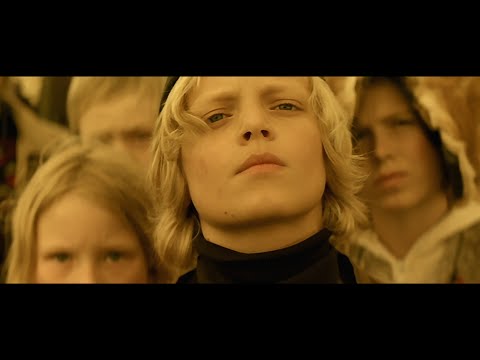 I feel like I’m too close to this one to really enjoy the thread.

I’m voting a 5 for the band that have made my very favourite album, and at least two more that would vie for spots in my top 30/40.

I wish you all luck. Hopefully it manages to be a discussion of the music rather than tax evasion.

Thank you btw to everyone that has voted and commented in these threads at any point over the last 2 and a bit years.

Holy shit, has it been going that long?!

What was the first band we did?

I think it was Beyonce? I was at a conference in London and was ignoring the talks to defend her honour.

Ah shit! Was Beyonce like second or third then @Funkhouser?

Hopefully it manages to be a discussion of the music rather than tax evasion.

Bowie, then Beyoncé then I think Nirvana were third.

(Side point but this has reminded me of the FB post I saw the other day of someone claiming whenever they needed to write an é with a Windows keyboard they Googled Beyonce and cut and pasted it from her name, which I really liked.)

(Yes geeks, I know that with a UK keyboard at least you can do Alt Gr+e to get one.)

I feel like I’m too close to this one

I did warn you all right off the bat tbf

Feel like they’ve unfairly suffered from over-exposure of two or three sections of tracks that show up on TV show soundtracks or whatever ALL THE FUCKING TIME that makes people immediately think they’re just that bit, whereas they’re actually an amazing albums band.

I always find new things to like whenever I go back to have a long listening session. 4/5