🎵 How Good Are They Really 🎵 Paramore

Let’s see if this one starts a riot…

St. Vincent scrapes past the 3 matk:

I’ve never listened to anything other than Misery Business, but my word what a tune

Will have to think about favourite single but After Laughter is pretty flawless for me lads.

That’s it, going on a pure Paramore binge today. Thanks @Funkhouser!

(abstain/5, but I always get this song in my head when I hear their name. Hope the thread goes well and is full of more insightful posts than this one)

One of my absolute favourite bands. Ignoring their first album, everything else they’ve done is fantastic. There’s an argument for them getting better with every album, yet Riot chocked full of great songs. Easy 5.

Will be back later once I’ve got up 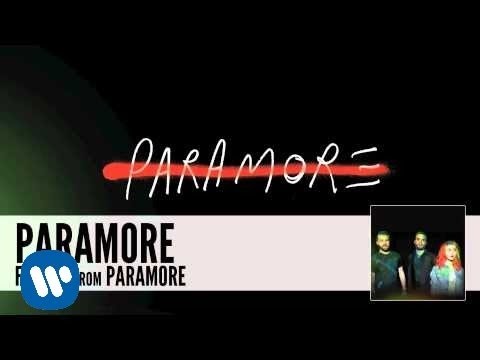 Is one of the most surprising things I’ve heard, the ending is massive

Giving them a 3 as although I’ve put the above, they’re not a band I’d ever choose to put on to listen to at home and I thought their first couple of albums were poor

Some bangers, Hayley Williams’ voice is a powerful and brilliant thing. Never really fallen in love with them but they’re dece

I only know Riot but I’m sure I’ve tried various other stuff they’ve done.

Not really though - they had all known each other as teenagers and before forming the band, I think Hayley Williams just got signed to a record deal and they wanted her to be a solo pop artist but she wanted to be in a band and they agreed

Totally underrated. One of the best bands of their ilk over the last fifteen(!) years, just so consistent. I think Brand New Eyes is maybe my favourite of theirs but every record is worth listening to, and each have absolute rippers on them. A 4.

And the other half say they have mash!