🎵 How Good Are They Really 🎵 Rancid

David Bowie was the first HGATR so there was so precedent for scoring. And I think I said at the time that despite everything he meant too much to me to not give him a 5, despite what he had done. It was true, at the time… but since then I’ve definitely felt more detached and less interested in his work, to the point where I’d give him a much lower score if the thread had taken place now.

Eventually an artists’ actions will drive a wedge between you and their art, but, it doesn’t always happen overnight. Sometimes it takes years to disentangle yourself.

totally agree with both these points^

It was true, at the time… but since then I’ve definitely felt more detached and less interested in his work, to the point where I’d give him a much lower score if the thread had taken place now.

Yeah, word for word this.

Same, this is great. Honestly, I think I could listen to a country version of And Out Come The Wolves and enjoy all of it.

add to the “something i never knew i needed” collection

Gary Bushell has a picture of Lars on his Wikipedia page

holy shit that solo just come out of nowehere huh

Fell down a Nardwuar wormhole then came across this the other day…and Lars seems really lovely! 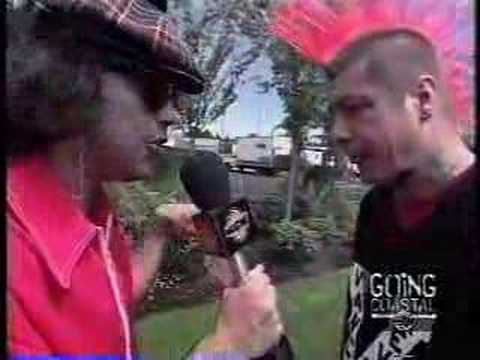 He shows up in a Dropkick Murphys interview too who also seem good. Watched the AFI ones the other day, Davey Havok knows a lot

Watch the Lydia Lunch one if you want some awfulness

Watch the Lydia Lunch one if you want some awfulness

Will do! The blur one also is spectacular (in a very very bad way). Dave Rowntree is such a cunt. Real playground bully behaviour and the others aren’t much better.

Will happily watch the Davy Havok one though.

yeah the Blur one is horrible. I think in fairness to Dave Rowntree, he was in the middle of a drugs issue and I read somewhere he keeps that video on his phone as a reminder not to go back into them. The Mars Volta one is also good, they’re surprisingly fun

I think there’s a Nardwuar thread on here, be some good recommendations there

I heard that also about Dave Rowntree. Cocaine is a helluva drug! (And yet further proof it turns folks into bellends)