🎵 How Good Are They Really 🎵 Slipknot

Nope, have never seen the attraction. 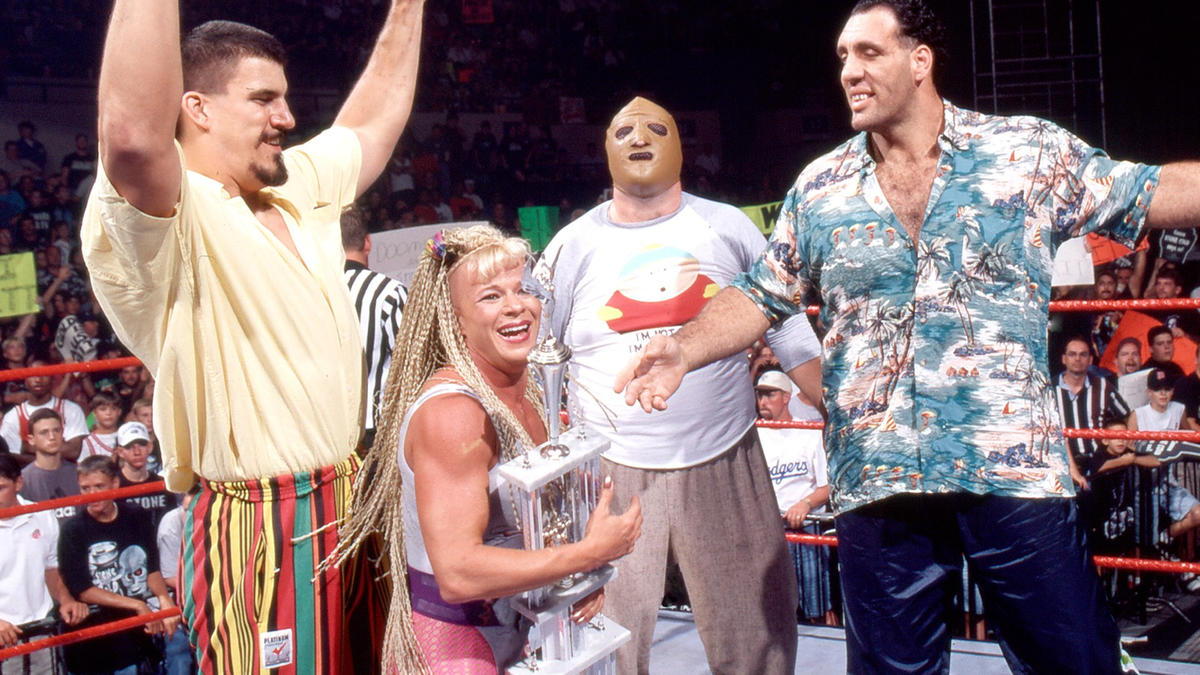 Only recall one song (People == shit?) and I thought it was good but no real interest in them.

Remember some guy at uni being well into them mainly because of some cringy edgelord shit one of them had said in an interview - this was his own admission “I mean if they really mean what they’ve said there, I’ve got to listen to them.” I’m struggling to remember what it was but maybe something about one of them wanting to cut off his own arm and eat it or something. I couldn’t believe someone would fall for such attention seeking pish.

Anyway when I finally heard one of their songs it was very very tame and actually pretty meat and potatoes as far as the music went.

Iowa is the greatest album of the past eighty years. For that alone, it is of course a five.

I think votes for Slipknot will see a generational divide on DiS and be an interesting read. I can’t even say I’ve heard them but strongly imagine I know what they sound like.

I recall seeing how much they meant to kids who were into them it the latter days when I worked in a record shop, so there must be something there. Will abstain voting because a blind vote would be pointless, good HGATR choice though.

The Oneest of ones. Shite

vol 3 is really great, not that bothered with the rest

Saw them live around the time Iowa came out and it was hugely disappointing. The hype had led me to believe there’d be people being set on fire on stage and all sorts, but it was just a bunch of lads in boiler suits jumping round and hitting a bin every so often.

First two albums are quite good, never felt the need to listen to them beyond that or at all for some years now.

Do think though that every group of teenagers through time needs a band like Slipknot who they feel are theirs and that adults don’t get or understand. I know they came after Coal Chamber, Marilyn Manson, Mudvayne etc but felt at the time like Slipknot were a big gateway band for a lot of people I knew and they really could immerse themselves in that scene. There has always been ‘shocking’ and theatrically ott performance alongside this too going back through Ozzy and Alice Cooper, arguably all the way back to Elvis wiggling himself about on live TV. I think Slipknot were always aware of themselves and the ridiculous aspect of it all.

I think a generous 3 from me.

Saw them around that time too and I think they’d toned it down a lot from the first UK tour that got all the press coverage. Really good at connecting and engaging with their crowd though tbf.

Daft as a brush wooshy nu-metal produced to sound like a mildly powerful hairdryer. Great fun.

Gone for a generous 4. Thought they were pretty untouchable up until Paul Gray passing away but it’s been diminishing returns ever since. The outfits are stupid obviously but lots of fun live and loads of bangers.

Corey’s lyrics are generally daft and atrocious, but great vocalist otherwise. Comes off as a bit of twat though

I can’t say I didn’t briefly enjoy them when I was 15 but that was mainly as they seemed quite exciting to someone who mainly listened to Belle and Sebastian and had friends who were obsessed with them. Saw them at Reading 2000 where they were rubbish and that was that. Cannot imagine anyone listening to them outside of their teens. 2

I was 25 when the first album came out, I loved it

Iirc the drums are pretty fucking great. They’re properly hilarious though. Its very, very funny to me to think that they’re a bunch of grown men under there.