🎵 How Good Are They Really 🎵 Suede

A year later but just read this as ‘did a deal with Damon’ as in they did a pact to finally put the feud behind them and somehow they each had the other’s rights to reissues.

I recently read Brett Anderson’s first book and it was really good actually, well written and surprisingly warm and gently funny at points. Was really impressed and recently bought the follow-up, about his time in Suede, which I started reading last night.

On page 8 he mentions playing the Rumble Club in Tunbridge Wells in the pre-fame days, which I’d never heard of before. Now I’m very small time and get extremely excited by stuff like this - I mean I saw Suede play at the Hop Farm Festival, which is 5 mins drive from where I grew up, but there’s something utterly exhilarating to me about them playing locally pre-fame; in Alex James’s book there’s a mention of an early iteration of Blur (/Circus at the time, I think) playing at the Victoria Hall in Southborough in May 1989, a venue I was more familiar with as hosting local pantos and dance shows - including ones I was in as a kid. That thrilled me so much as a Britpop-obsessed youth that I emailed Southborough council to ask if they had any details about the gig. (They did not.) So, even though my obsessive days are long behind me, this one detail made it all come rushing back.

Immediately I Googled the Rumble Club to learn more, as no such place exists now, turns out it was a nomadic precursor to The Forum and travelled between venues, many of which have been demolished now including the Victoria Hall. But the one that Suede played in still stands and it’s now a bar called Thorin’s (after several name changes over the last decade), which used to be my main TW drinks haunt from 2013-15! And you can get prints of that gig poster online! So I know what I’m asking for for Christmas.

It was nice to feel the electricity of obsession come flooding back, given that it used to carry me on pilgrimages across London to the Good Mixer and where Suede played their first gig (I always meant to go to the train museum where Blur played theirs but have never yet done it), make me look out the window on journeys past Lingfield and Haywards Heath in case Brett Anderson was just fuckin walking the streets of his childhood surroundings for some reason, and inform my whole dissertation.

Anyway now I’m listening to Sci Fi Lullabies and My Insatiable One, To The Birds and He’s Dead all still bang

You’d get on well with my partner I think

This must have been just before we started regularly started attending shows at TW Forum in the mid to late 90s. I’m not sure how good those very early Suede shows would have been. In the book they do read as a bit shambolic and without any true focus.

It’s always nice to imagine seeing some of your favourite bands in their pre-cursor to fame days, but I often wonder whether the less polished version of what you fell in love with would have put you off. Some of the bands that they’ve put on at TW Forum over the years is incredible though. Loads where I wish I had been there.

I was also at that Hop Farm show and it went a long way to cementing how much I loved seeing them live. I’d been to the DMS Brixton show the year before, but that was different because it was an album that I’d never lost my love for. The Hop Farm show was a total “hits” package and even the post-DMS songs that I’d either lost a little bit of love for (Coming Up stuff) or never enjoyed (Head Music and New Morning stuff) were great and full of energy. Plus we also got the first airings of Sabotage and For The Strangers.

Haven’t read the second one yet but enjoyed the first. Went to one of the readings/talks he did on it. Totally obsessed with Suede as a teenager, so it seems fitting my first gig back is them, playing a Coming Up tour, one of the first albums I bought with my paper round money.

Used to love going to Camden imagining all the Britpop stars just hanging out, it was all long over by then though. Always wanted to bump into King Of Camden Graham Coxon but never did.

I think the kids used to hang around The Good Mixer in Camden hoping to bump into members of Suede, Blur and Elastica but unfortunately the best they got was the drummer from Menswear.

I played pool with Graham in the Good Mixer once. We played doubles against a couple of mates. I was spectacularly terrible and let Graham down big time. He left as soon as the game was done.

Also hung out with Powder in the Mixer one evening before heading over the road to The Jazz Café to watch My Life Story.

It’s hard to say - I was born the week that The Drowners was released, so was still in utero when the gig happened

That Hop Farm gig was absolutely incredible, I stood for 8 hours to get right to the front and bawled my eyes out afterwards because it was basically transcendental. Even a fraction of that energy would have had me on board I think!

Dog Man Star truly is special. Recently I’ve been wondering if I say Blur and Suede are my favourite bands just out of habit, but 13 and Dog Man Star really are as good as I ever thought they were.

The ONLY thing is that I think I once saw that Brett’s personal mix would have ditched The Power and Black Or Blue and replaced with The Living Dead and My Dark Star and that in my humble opinion would’ve made it an 11/10 as those are the two album tracks I was less keen on anyway, and the two B-sides from that era that I love. Or was it Killing of a Flashboy… Still better than Power/BoB.

Also the long version of Stay Together is magnificent

Having a good sound war with my downstairs neighbour who is blasting Adele.

Agree with all of this. Both My Dark Star and The Living Dead are amazing, and the long version of Stay Together magnificently OTT.

Saw The Tears live (I was too young to see Suede with Bernard so this was a very big moment for me) and went really early to get to the front. Everyone in the queue huddled around the door to listen to the sound check, then we heard Living Dead start up we all looked at each other like

The ONLY thing is that I think I once saw that Brett’s personal mix would have ditched The Power and Black Or Blue and replaced with The Living Dead and My Dark Star and that in my humble opinion would’ve made it an 11/10 as those are the two album tracks I was less keen on anyway, and the two B-sides from that era that I love. Or was it Killing of a Flashboy… Still better than Power/BoB.

I wish they’d been included, I always found it to be maybe 70% masterpiece, 30% what is this track doing here? I think I’d probably ditch Heroin before anything else. (insert inappropriate joke about Brett)

Any yeah wouldn’t have minded the full-length Stay Together on there as well.

Excuse my bragging but these framed signed albums are one of the best things on my walls at home.

When I first got into Dog Man Star I was in my first year at uni doing English and I had grown to resent most of what we were reading, most of my coursemates and most of all my very VERY well-read and (academically) elitist friendship group.

I got such a kick out of Brett mangling Byron in the lyrics for Heroine.

Excuse me, I just came. 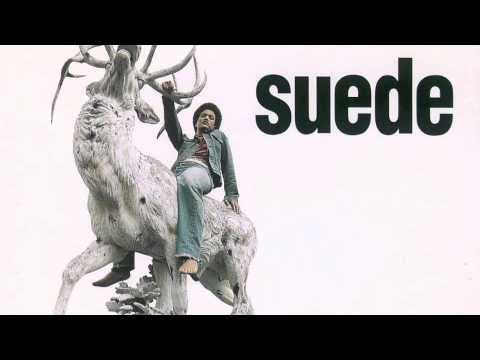 I always had half an eye out for famous lads and lasses when I was around Camden. Best I ever got was:

Marie and Emmy-Kate from Kenickie at the same club night as us once (absolutely brilliant!);

Original drummer from The Darkness in the Dublin Castle around 2pm-ish (decidely meh, deffo had a chip on his shoulder).

Loved Kenickie so very jealous of this.

Oh man, me too - still do - and I was like 18/19 and fancied them and loved their music. I shudder think how gormless I probably looked as my much more learned friend said hi to them

As a teenage girl I wanted their wardrobe and sparkly guitars