🎵 How Good Are They Really 🎵 The Cribs

Time for these new fellas…

They are fantastic, national treasures. They cut the right balance between punk rock and pop hooks. Properly good band. 5/5 from me.

Thought they used to be shit but they’re not and weren’t they just came out at the wrong time.

Have got better as they’ve gone on too

Never really listened to the song Men’s Need properly or thought too hard about it, and whenever I heard it on the radio, I thought he was saying

Some of the most joyous times of my life are when I’ve been shouting out the Be Safe chorus at their gigs.

The Yorkshire Sleater-Kinney, nice boys. I give them a 5.

Not a clue. Never knowingly heard a note. I’ve probably got preconceived ideas about what they sound like and it’s not a sound that interests me.

5 for me, for the 2nd and 3rd albums
Quite a bit of dross since

5/5. Haven’t listened to pretty much anything they’ve done since …Brazen Bull but New Fellas and MNWNW are fucking brilliant and have a very nostalgic association to a certain time in my life (university, first long term relationship etc) and I still listen to them a fair bit. Great fun live too.

For those who haven’t heard much of their more recent output I’d advise you to give them a go…they are not perfect but there is a good few gems on them.

Mind when Johnny Marr joined them for a bit

Never knowingly heard anything by them.

Can’t remember much about them except the lead singer fell on to the table at the NME awards or something?

the actual best, i love the cribs so much

the last album wasn’t their best (one but who cares) but the singles series they did alongside were great.

over the pandemic i had an idea for a series of articles about ideal setlists for bands, having not seen any live music for so long. didn’t get round to actually writing them but i did make a playlist for the cribs, and it fucking rules 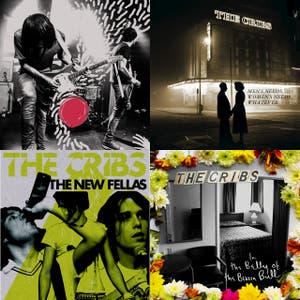 and here’s a playlist of their singles series 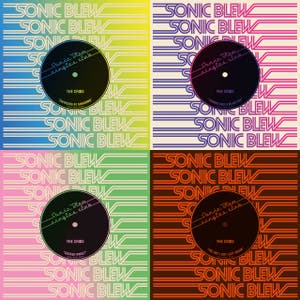