🎵 How Good Are They Really 🎵 The Eagles

One Of These Nights is an extraordinary bit of work, a fantastic piece of production, comfortably one of my favourite songs ever. They were listening to a lot of the soul music on the radio stations particularly The Spinners and Al Green, loved that stuff and so fancied having a go at doing something similar even though it wasn’t really in their wheelhouse. Don and Glen wrote it together and Frey says in the liner notes of the CD years later “It made me exceedingly happy, it’s my favourite Eagles song.” They pretty much perfected the soul mood on it too, then left it to stand alone, never really did anything quite like that again. It’s not pastiche either, there’s no eyebrow being raised, just a totally heartfelt homage, a straight-faced attempt to do something really warm and atmospheric to get away from their usual sound. If Daft Punk had written it for Random Access Memories we’d never have heard the end of it.

1/5. Just the dreariest, most offensively middle of the road claptrap of all the ‘classic’ artists. Hotel California is one of my least favourite songs of all time.

Boys Of Summer is a big ol’ tune though.

Absolutely fucking hate them. Total horseshit. I lived in the US for a year in 94/95 when that Hell Freezes Over was released and it was everywhere. You could feel the smugness seeping from the radio. Hotel California is the worst song of all time. Plus Don Henley was dodgy as fuck. Never pressed 1 so fast in my life.

It’s not hard to see why they were so popular in 1970s USA, given that they were effectively a refined hybrid between the dominant popular music forms of that time and place (classic rock, soft rock, country, and Carole King-style singer-songwriter).

For what it’s worth they did it pretty well too. They weren’t groundbreaking or radically innovative songwriters even for their time, let alone 2021, but Glenn Frey and Don Henly both had a really strong command of melody and harmony. Even Hotel California, as overplayed and over-quoted as it is, has a lot going for it, including a pretty interesting chord sequence. In particular I have a bit of a thing for the tension created when a chord progression has both the minor and the major forms of the same chord. Plus, haters be damned, that guitar solo is pretty much perfect.

Anyway, Hotel California is a pretty good album and they have a load of great tunes. Don’t love them but I do like them a lot so I think it’s a 4 from me.

One Of These Nights is an extraordinary bit of work

no New York Minute in the best track poll?

I don’t understand why Hotel California is such a massive song. I don’t even hate it, it’s just there. Complete nothing of a song. 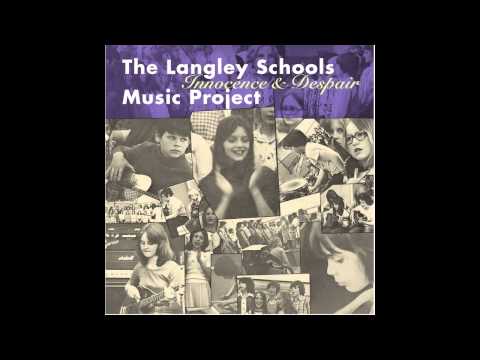 Actual Eagles I really don’t know beyond HC. Seen the odd video of them and there’s something smug and mean and just off putting about them for some reason, just don’t want to listen to them.

Couldn’t be bothered to type out all their singles so just did it from a Best Of tracklist.

Edit: wasn’t even a single so no, wouldn’t have been there anyway.

There was a really interesting documentary about them that the BBC showed 5 or so years ago and IIRC that’s exactly how Frey and Henley came off.

There was a really sad part where the bassist didn’t want to sing Take It To the Limit any more as he grew older because he didn’t feel able to continue to hit the all-important high notes. I think it was Frey who basically went ballistic at him for “letting down the fans” who had paid their hard-earned money to purchase concert tickets. I can’t remember if they then fired said bassist or the relationship got so bad over the issue that he left, but it always seemed like an immensely shitty thing to do.

*I might be slightly misremembering details of a programme that I watched more than half a decade ago, but I think that was essentially it…

Basically they were very good at writing songs (as mentioned above, always strong on melody and harmony) in a style that was super popular in the 70s, so they sold a shitload of records. I get why people are turned off by their MOR stylings and their record sales seem disproportionate to their quality, but they knocked out some pretty decent material. Always felt a little like a more mainstream Steely Dan to me, similar kinda vibe and sound in parts, but with the more interesting edges sanded off (and less good all round).

Like seemingly everyone else here, my dad loves them. He’s male, white and over 60, so that figures I suppose.

I don’t love them, but there’s a bit of nostalgia associated with them. I never latched onto them like my dad’s other loves (Beatles, Bowie and, to a lesser extent, Dylan), but I don’t hate them. They have some nice harmonies. They’re just very Johnnie Walker Sounds Of The 70s aren’t they. Leather jackets, bootcut jeans and shiny cars.

Best song any of them did is Boys Of Summer.

My mum is a big fan. I thought they were largely a punchline within my own age group but I think I’ve managed to disappoint two work friends with my lukewarm anti-Eagles takes.

The cinema in Dundalk played the Eagles greatest hits before every film for about 10 years.
I hate the Eagles for that alone. It’s the kind of boring music that just makes me angry if it’s played near me.