🎵 How Good Are They Really 🎵 The Hold Steady

Like them and it’s not going well? Stay positive!

The Avalanches do OK:

Always thought this was the band who did the video on the treadmills but I just looked that up and it’s a band that means basically the opposite of hold steady so I’m glad I checked before I made a pithy remark.

Completely get why people dislike them, can be a bit cringey and the Springsteen worship can be a bit much, but yeah when I’m in the mood I love them.

First 4 albums and we all want the same things by Craig Finn are all great. Going with a 4 but reserve the right to up it to a 5 after listening to loads of hold steady today

One of the best live bands I’ve ever seen - to the extent that even their crowd-free livestreams during lockdown were absolutely joyful.

This thread needs some @guntrip

They’re a 5 for me. Had so much fun with them over the years. Yeah sure, musically they’re pretty basic and owe a whole load of debt to Springsteen, but they’ve got hooks coming out of literally every orifice.

There’s nothing better than a gleeful crowd joining in with the "whoooo-ahhh-whoooo"s that crop up frequently in their work.

My dad loves them too, so they’ll always get a bonus point for something we bond over.

Boys And Girls In America is one of the most perfect albums ever recorded.

Gave one of their albums a couple of listens when they were getting a lot of hype (Separation Sunday I think) and it seemed good for what it was just not for me.

Five for me. Their first run of albums is sensational - and they held it together well enough through their internal lineup difficulties before returning to full strength by burying the hatchet and admitting they just weren’t as good without Franz. They did what they had to to get him back, and their comeback album ‘Thrashing Thru The Passion’ was a return to form.

But it’s this year’s less noisy and more considered Open Door Policy that is the real return. A genuinely great album, right up there with their best. Lanyards is classic Hold Steady, and I love to see it.

Finn’s a great songwriter and has stayed sharper than most.

Massive Nights five from me. Might write more later, but the tl;dr is that very very few other bands have given me the same amount of joy as The Hold Steady have.

One of those bands that people say “You like X, you’ll like The Hold Steady!” to me about and it never works out that way

But it’s this year’s less noisy and more considered Open Door Policy that is the real return. A genuinely great album, right up there with their best. Lanyards is classic Hold Steady, and I love to see it.

Easily their best album since Stay Positive. “Family Farm” is my jam. 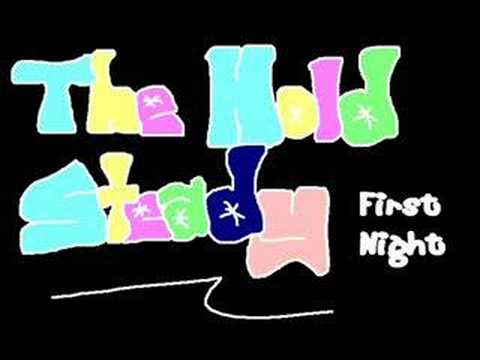 I don’t think they exist anywhere but here.

There’s nothing better than a gleeful crowd joining in with the "whoooo-ahhh-whoooo"s that crop up frequently in their work.

I hate this butlins style shite

I have only got Stay Positive and Open Door Policy

Tough call between Separation Sunday and BAGIA for best album. When I’m not in the mood there’s something slightly cloying about their hyper-Americana and I can definitely see how it could be a turn off, but other times it’s like they’re the best rock band around. Probably a 4.