🎵 How Good Are They Really 🎵 The Kinks

Coldplay do a little better than expected

And today; The Kinks!

And from the Ultimate Collection best of

Strangers and This Time Tomorrow FTW

I gave them a five.

Village Green is a brilliant album that I listen to more than any other album from the 60s I think. Arthur is great too.

Any of their Best Of albums is as strong as any other band I can think of.

I voted for Waterloo Sunset as their best song. Yep, definitely over played but it doesn’t stop it from being an absolutely beautiful song.

I saw and met Dave Davies at Rough Trade East in 2018 on the 50th anniversary of Village Green. Came across as a really nice humble bloke too.

Coldplay above Rancid? Wow. Have a word.

Ultimate Collection is the greatest best of ever. Village Green one of the best concept albums ever.
So many indelible tunes in my brain.

The best song ever written about potatoes: 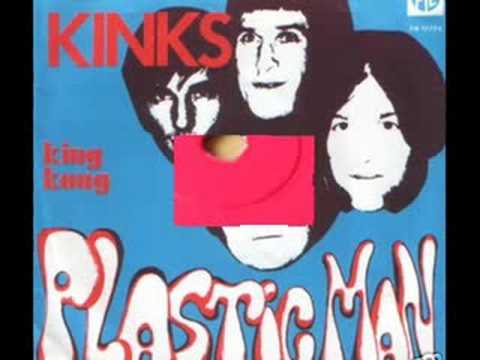 playlist I made when delving beyond UC and VG:

kinks deep kuts, a playlist by Henry Courgette on Spotify

A playlist featuring The Kinks

was just wondering when there’d be a kinks one!
I like them but never dived that deep really

It’s a 5 from me. VGPS is an all time classic record and they have a singles back catalogue up there with the very best. Saw Ray Davies at Isle of Wight in 2005 and he was brilliant. Always thought they were far more worthy contemporaries of The Beatles than the Stones were. 5/5.

A lot of their singles annoy me but Village Green is one of the best albums of the 60s - dare I say it, a better complete album than any released by The Beatles. Also, Lola. 4/5

Bizarrely only ever listened to the Best Of. 5.

They’re a five. I haven’t dived much beyond the singles, other than Village Green, but there are so many great songs there it’s impossible to not give them the fivest of fives.

5 for Village Green and Something Else by the Kinks.

Waterloo Sunset is a perfect single. Still need to investigate a fair bit more of their back catalogue.

That run of of 7 albums from The Kink Kontroversy to Muswell Hillbillies is peerless.

Can make a claim to making not 1 but multiple genuine contenders for greatest pop single ever - You Really Got Me, Waterloo Sunset, Days.

Even the later stuff has some absolute gems - Come Dancing is a truly wonderful song.

Arthur is actually even better than Village Green imo.

I think they need more time to appreciate than certain other same era bands doing ostensibly similar stuff but the results are far superior. The songs are brilliantly written and constructed and just reward repeated listening.

If you’ve only heard a Best Of it really is worth going to the individual albums to truly reveal how great they are.

Yes! Nice to see some love for this song. It has no right to be so good so late into their career and way past their prime, but I love it.

You basically have to work past or attune your ears to the 80s production and affectations, once you do that it truly is a wonderful song that is a very close call for getting my vote for best song.

4 - brilliant but not top tier. Not better than The Beatles, in spite of almost everyone on here doubtlessly and inevitably saying that.

Never listened to them, will never listen to them. Abstain/5.

Five. Think they were the band that made me realise as a teenager that “old music” could be as enjoyable and entertaining as anything new. Could do beautiful wistful heartache and urgent rock equally well, and were funny with it.

Always love the stories of fraternal violence too, stabbing each other with forks and shit.