🎵 How Good Are They Really 🎵 The Offspring

Let’s begin the 3rd century shall we…

Siouxsie & The Banshees get a decent score

Smash coincided with us getting cable when I was a kid and I gorged on MTV that summer. They used to absolutely rinse the Self Esteem video and liked it a lot at the time, the album too. Since then, less so. Dunno if I’ve heard a note of their music this millennium. 2 for the memories.

2/5, fun but pretty rubbish really. They really bring back memories of high school. I was in yr 7 when Americana came out and those big singles were everywhere. They used to have on of the music videos channels on in the youth wing and we’d pile in there at lunchtime to watch whatever was on, and invariably the video for Why Don’t You Get a Job? would be on.

Anyway, don’t listen to them at all, but they’re good for a nostalgic hit

Some bangers and some absolutely unforgivable dross. Gone for a generous 3.

Used to get them and the Prodigy confused when I was really little (name-wise, obviously didn’t think they sound alike). In secondary school some mates passed me their greatest hits which was the first I’d listened to them (aside from hearing Pretty Fly on the radio etc) and I went through a long phase of rinsing it. But wouldn’t stick it on now apart from a really small number of tracks. Stuff like Pretty Fly, Get A Job, Original Prankster, Hit That is just embarrassing

Difficult to choose between Can’t Get My Head Around You, Can’t Repeat and The Kids Aren’t Alright for favourite track.

Gone for 3 but that’s entirely nostalgia fuelled. Americana and Smash were albums that me and my mates just loved at the time, there was a good six months when we all just agreed it was the pinnacle of music, a take I can’t say I entirely agree with now.

I think a generous 3, mainly for Smash. Like rich said ^ Americana was absolutely huge at my school when I was about 14 but it’s mostly not very good. Still listen to Smash sometimes, but pretty sure they stopped existing at some point.

Even at the height of me loving this kind of thing The Offspring were only “fine” and I get absolutely no nostalgia from them these days. Its a 2 for me.

Big soft spot as they were my younger brother’s favourite band when we were growing up. Even Americana (feat Pretty Fly and Why Don’t You Get A Job) had some great stuff on there - the title track and Staring At The Sun spring to mind.

Caught them headlining Reading at near that time and spend the whole time drunkenly crowd-surfing. Think that Self Esteem might be my first ever crowd surf.

It isn’t like I ever listen to them now, but they could be trusted to put a smile on the face of a nu-metal goth-adjacent-teen-me.

Nothing after Americana exists, obviously.

Tied into a lot of happy memories for me. Sharing their music, going to gigs. This was around the Americana/Conspiracy of One era when they were leaning into full stupid but there was definitely a period when The Offspring were the more credible option amongst their contempories, which is quite lol. Probably something to do with Smash being the biggest independent selling record of all time. 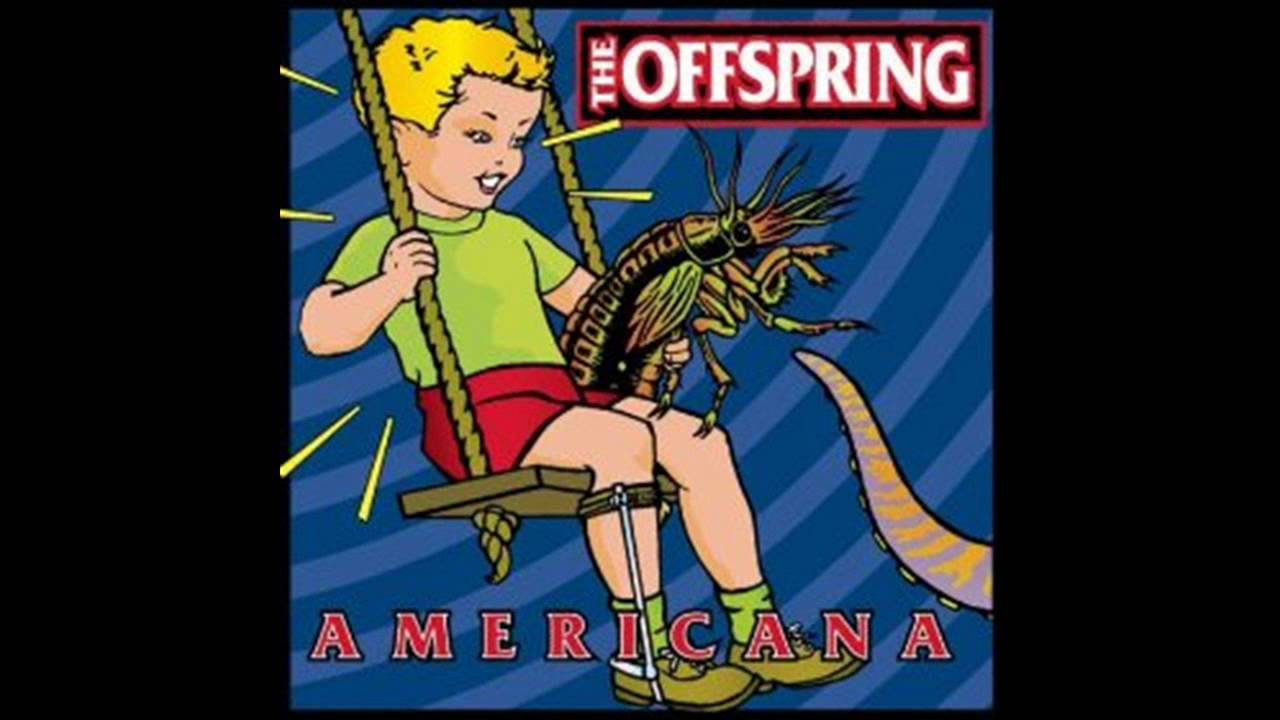 Conspiracy of One, along with Green Day’s International Super Hits, was the first CD I ever bought. Don’t think I’d heard any of their music before but my brother told me to and I wanted to be cool. So now all those songs are imprinted on my brain and if they come on when I’ve had a drink I have a real good time. Subsequently went back to Smash and Ixnay and loved those as well. Steered me into skateboarding and a bit of healthy rebellion against parents. Also I drew a lot of flaming skulls. But then Splinter was the only release after Conspiracy to register and I wasn’t into it, had gone onto the White Stripes by then.

Absolutely loved smash as a teen. Saw them live a few times with all my school mates around that time. We cut our jeans off to make wierd knee length shorts and drew all over them to wear at the gigs.

Proper fond memories but haven’t listened to any of their recent stuff.

gone a generous three. of all the massive breakout albums from that scene / time, think smash has aged the worst (and it was never as good as dookie /out come the wolves in the first place)