🎵 How Good Are They Really 🎵 The Pogues

A good score and a good thread for SFA

And we move on, to The Pogues…

From The Best Of…

FIRST. But… might abstain as I haven’t listened to a few of their albums. Rum Sodomy and the Lash was a mainstay in our car stereo as kids. Know it inside out. What an album.

Anyone seen this? It’s very good.

If I Should Fall from Grace: The Shane MacGowan Story (2001) - IMDb

Directed by Sarah Share. With Nick Cave, Philip Chevron, Victoria Mary Clarke, Elvis Costello. Music videos and archived footage of ex-Pogues singer Shane MacGowan. We follow his life from the early days in Ireland and England, through his formation...

Ooh I don’t know I started thinking 3/5 but, then you have look at that best of list and realise what’s missing from it and it is probably a 4. Point taken off for Fiesta which I have never liked.

Fully expect this thread to include mention of the NME article with Mark E Smith & Nick Cave, along with some sort of mention of The Dubliners.

I’m impressed by your constant dedication to the cause at the moment Funko!

Can we get U2 up next? Or basically any band that will spark a lot of froth one way or another? Feels like we’ve had a run of bands we all appreciate

I know someone’s gonna mention the use of the Fa___t word in Fairytale of New York in this thread… But that aside (I’ll give my opinions later) The Pogues have made some beautiful music and lyrics. I don’t love them enough to give a 5 but they certainly deserve a 4.

Only released two songs haven’t they.

I’m impressed by your constant dedication to the cause at the moment Funko!

Mondays, Wednesdays and Fridays, until I get bored again

Can we get U2 up next? Or basically any band that will spark a lot of froth one way or another? Feels like we’ve had a run of bands we all appreciate

There are a few coming up who’ll get a bit of a kicking don’t worry.

It’s a 5 from me. My dad got me into them (and The Dubliners) and I grew up with them on in the car etc. Shane MacGowan is one of the finest, most evocative lyricist there is, capturing a very particular world of immigration and boxers and drifters and death and sleaze perfectly and politically, and musically they’re brilliant too. Rum, Sodomy & The Lash is the best album of the 80s (don’t @ me).

The problem with Bands I hate or Strongly dislike I don’t have anything to say other than… can’t stand them. Don’t get them. Etc.
In my experience I write more about the bands or artists I love!

Fuck the police but this bit’s good in the wire 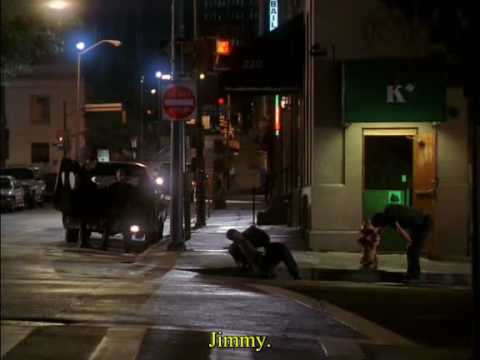 I like a mix is all. We’ve had some really nice threads and I enjoy all those good replies but it’s nice to cleanse the palate with something that divides people.

Can’t stand them. But they’re not bottom tier dreck so 2/5

I get that. Be interesting to see how many U2 Fans frequent these boards. I’m intrigued. I may revert to my 15 yr old self and just post. They’re Shit!
I’d have trouble getting past the favourite song part of the topic.
Seriously I reckon I could add something more insightful though.

A band who (for me) suffer terribly by association. So “how good are they really?” I don’t know.

5 for me.
What a list of songs… opted for Boys From The County Hell, but could easily have picked Summer In Siam or Body Of An American.
McGowan at his best is up there with the very best songwriters ever.