🎵 How Good Are They Really 🎵 The Weeknd

Will Oldham hits the mid-3s:

Anyway, I listened to After Hours when there was a lot of noise about it being snubbed at the Grammys and on first listen I was quite taken with it but when I tried again the vocal with all the autotune stuff just turned me off so, in short, it’s a 2.

I liked him in Uncut Gems. Can’t Feel My Face is a good song. Idk, 3 maybe?

I think Blinding Lights is an all timer pop song, one of those ones that sounds like it should have always existed. Also they used it constantly in the run up to him performing the Super Bowl halftime show so now whenever I hear it I get a little Pavlovian excitement going for some playoff FOOTBAW

Couldn’t really give a shit outside of that though.

It’s quite easy to forget how weird Trilogy was thought of 11 years ago and how rubbish Kiss Land was after it.

If you’d said he was going to be one of the biggest pop stars on the planet I’d have laughed you out the building.

Some of the lyrics are a bit

and when we went to see him at the Apollo when Kiss Land came out he did the title track with some very jarring image of naked women on the screen.

He was really good at Primavera in 2012 and fair play for keeping the same backing group all this time. Probably a generous 3.

Going for a 4 for the trilogy of mixtapes. All his stuff has been good to great, but nothing has come close to the mixtapes yet for me.

Blinding Lights is also a phenomenon. What a track.

Blinding Lights is a good song. I don’t like that Can’t Feel My Face song. Don’t know anything else. I will abstain from this one.

Pretty good live tbf. Hits are big but rely heavily on pastiche. Has had some really gross lesbophobic lyrics in the past. Should probably be a 4 talent wise but going to lean towards a 2

5/5 for House Of Balloons. impossible to overstate how important that album was to me. i was living in an absolute shitheap in Whistler in Canada when it came out, it felt like such a big deal that he was Canadian, i only had 2 albums on my Blackberry that i would rinse all the time - House of Balloons and Hell Hath No Fury by Clipse. sitting on the bus into town every day listening to HoB watching the frozen lakes go by… hard to replicate that feeling.

very happy for him that he’s become a megastar, he has some absolutely undeniable pop bangers

These guys always spring to mind when someone mentions him. 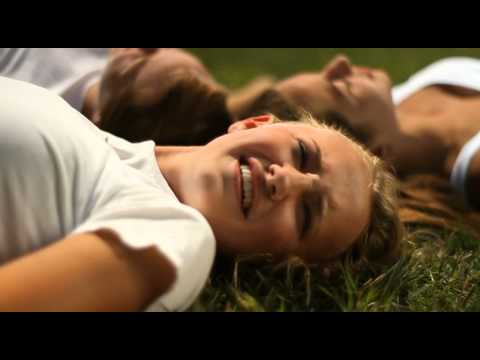 never ever got it, haven’t heard anything that would make me rate him, one of the most confusing critical glow-ups from my pov

Have only heard House of Balloons and the new one and they both did nothing for me. Blinding Lights is obviously great, but I get the feeling he isn’t really for me overall. Probably the most recent addition to the long and illustrious list of “people I was surprised to discover were actually Canadian” too.

I made a good effort around 2012 to try and get into 'em and just wasn’t bothered. Years later that Starboy song came out and I thought ah, he’s made a conceited effort to go mainstream (which was spurred on by the whole indier than thou, Pitchfork-hyped mixtape era at the beginning, probably not thru his own doing or anything) and now I just lump him in with Drake as one of those corny acts that’ll pack arenas and break Spotify records but the emotions all seem contrived. Yep. a 1 for the memories.

Loved those early EPs, always quite liked most of his singles as he grew into a proper megastar without bothering to try any of those albums, but then Dawn FM is brilliant. My favourite album this year. One of the best and most fully-realised big albums I’ve heard in years and years.

Not heard anything of his outside of the big hits, but for being a big supporter of Oneohtrix Point Never (to the point of being an Executive Producer of his latest album), he’ll get a 3 from me.