🎵 How Good Are They Really 🎵 The Who

So let’s get this over and done with…

From The Ultimate Collection…

It’s a 2 but mainly because when I visited my dad as a nipper c. 5 years old he used to play ‘Boris the Spider’ for me over and over as I loved it.

Among the worst (successful) bands this country has ever produced. They don’t rock as much as they think they do, Pete Townshend’s not as clever as he thinks he is, they’re not even faintly rebellious despite the posturing. Top Gear in audio form, music for people who wear brown leather jackets. 1/5.

If ever we needed a zero.

Ur a magic bus.

i cannot front on eminence front.

have never really done a deep dive on the who but im down with most of the big singles. hopefully everyone has seen the joe pera reads the church announcements episode of the joe pera show. peak tv.

These are probably going to get trashed because brexit dickheadery and going on way too long and general snobbery stuff but they’re ACTUALLY great so shut up.

Would have been 3 if judging on music only but Roger Daltrey’s a prick and always has been. 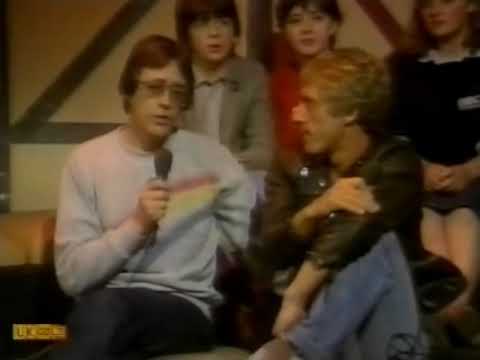 Really like some of the big tracks - 5:15, Baba, I can see for miles, Won’t get fooled again are all great. Decided to investigate further with Tommy and found it embarrassing to listen to. Fiddle About sounds like an out-take from ‘The Nightman Cometh’, but in a bad way. After that was not moves to give them a further chance.

3, because there is a very decent one disc best-of to be had from their catalogue.

Not sure if this thread is ready for a take like this as early as this.

There’s a vast swathe of 60s bands that (for me) fall under the same banner: shite that boomers love. The Kinks, The Small Faces, The Who… loads of others. Shite that people bang on about on BBC4 documentaries. Shite that, when I was a teenager listening to Blur/Pulp or whoever, people would be all dismissive like “oh they’re not a patch on [60s band]”

Now before anyone says “YOU CAN’T LUMP THE KINKS IN WITH THE WHO!!!” - yes, I know. It’s unfair of me, possibly. But in my head, the majority of British 60s music is this big amorphous blob of Music That I Should Like. And I find it really hard to distinguish, even though I know that’s probably not fair.

I guess I’m saying: where to start with the 60s? (Other than The Beatles obvs).

It’s a 1/5 for The Who, though. They’re definitely shite.

You’ve already addressed that it was unfair to include The Kinks, but I’ll say it anyway.

Small Faces and The Who are very overrated though, yeah.

Yeah, I’ll absolutely never listen to the Kinks or the Small Faces. It’s just not happening.