🎵 How Good Are They Really 🎵 Tricky

Let me take you down the corridors of this one…

Travis get an entirely accurate score: His career is pretty much the definition of uneven. When it’s good it’s very good indeed, but there are whole swathes of albums on that list that don’t exist. Remember buying Maxinquaye on tape and being excited that the cassette was red. And +1 for sampling Blade Runner

This is an excellent long(ish) read on the making of Maxinquaye. Think I may have posted it before but relevancy trumps repetition Tricky and the making of Maxinquaye — Mark Saunders

A Tricky Meeting I pushed the buzzer for the 2nd floor flat in Kensal Rise, a not particularly charming area in London. just north of Notting Hill, and waited. This would be my third attempt to meet Tricky and I was already realising that maybe...

One of those where 3 feels harsh and 4 generous, going to have a listen and a ponder

That article is so good. Really interesting stuff.

Tricky can have a 2 though. A few great songs but so much boring ones. And he comes across as a wanker.

Maxinquaye is an all time classic, obviously.

Subsequent albums can be a bit patchy - but there’s still a lot to love.

His autobiography, Hell Is Round The Corner, is a really, really good read FYI.

Gone with a four. Maxinquaye and Pre-Millenium Tension are both all-timers, and I remember really liking Skilled Mechanics from 2016. I’m not that well versed with the rest of his stuff.

Also, the 12" of Black Steel came with a poster of the cover-art. The one time I did drugs, the poster was winking at me and it freaked me right out. This does not affect my score, but it is something I will always remember.

I remember vividly the bitter disappointment that Tricky was the single guest on her Glastonbury set.

I had no idea he’d released so many albums. I’ve only heard Maxinquaye and I’ve not heard that for many years so will abstain.

90% of his stuff is god awful and he’s boring as shit live. Early stuff is great, but if you’re judging his entire output not sure it can be higher than a 2.

Everything I’ve heard is a 4… but I understand there is a lot of rubbish and Maxinque was almost 30 years ago. Feels harsh to mark down for stuff I haven’t heard though.

Poems is also a standout - perhaps the bleakest 4 minutes of music that exists anywhere.

Was pretty obsessed with Maxinquaye when it came out and enjoyed the next 3 albums to a lesser degree, all good but very challenging albums that can test the listeners patience somewhat. Having said that I went back to them not that long ago and was surprised how much I enjoyed them. Should probably give them more time.

Juxtapose then came out at a time when I thought I was done with him but I loved it, an absolute blast of an album. Think it’s a real lost gem.

I haven’t listened past that, I guess Juxtapose just felt like a positive place to leave it.

Gah. That’s a hard one. Maxinquaye and Pre Millennium Tension are just so unique and superb, I absolutely adore them. There are flashes of brilliance after that (I liked Juxtapose) but an awful lot of ho hum too.

3 from me with the same reasoning. Excellent early work with Massive Attack, one amazing solo album 27 years ago and practically nothing to show after that.

There’s some really good stuff on the Nearly God album too (with Bjork, Neneh Cherry etc - a reminder of his pulling power at the time).

But definitely after the most brilliant start his output went tits up after Juxtapose.

Still a 5 for the genius of his early work.

The first two albums are outstanding and everything he released up until Blowback was at very least interesting.

Him learning to to use the equipment properly or being able to pay people to come and help him ruined him as an artist. Although obviously his split with Martina didn’t help either.

‘Black Coffee’ from Nearly God is one of my all time favourites of any artist ever: 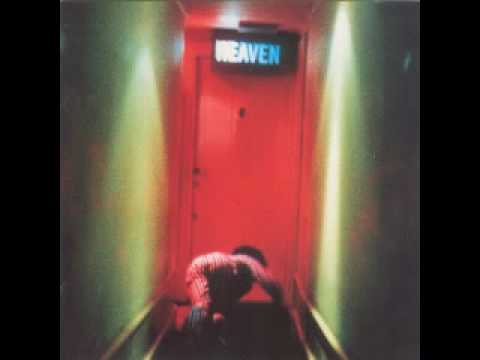